Co-led by multinational VC, TLCom Capital, and US-based 4DX Ventures, the funding round had the participation of several other investors.

Some of the investors with disclosed identity include the following:

While the investment is coming at the most critical time of need, Autochek intends to build an automotive solution for the African market.

As such, the company will be growing its Nigerian and Ghanaian market, its major priority for now.

Founded in August 2020 by Etop Ikpe, Autochek provides its customers with a vehicle history report.

The report will double as a buying guide for customers while shopping for new or used cars.

In addition, the platform provides required details about trusted dealers as well as prompt quick and seamless transaction.

While the acquisition took place barely two months after launch, the latest pre-seed funding marks another major head-boost for the company. 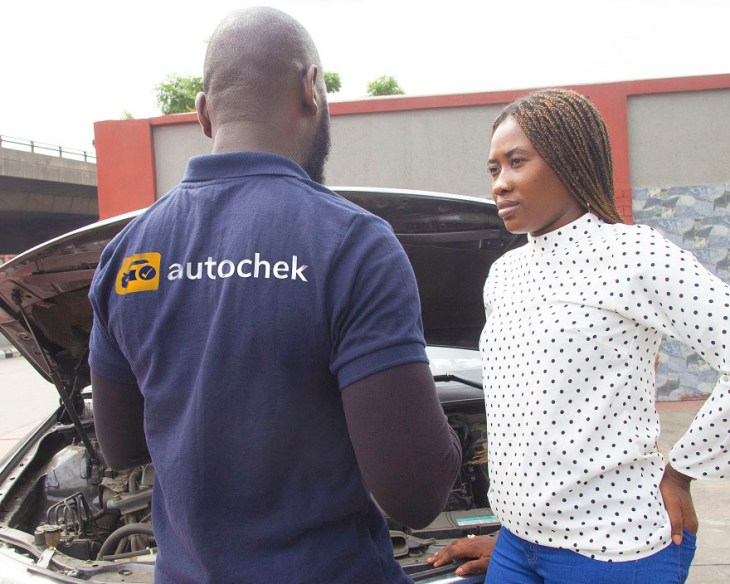 Speaking on the investment, Autochek Boss, Ikpe acknowledges the significance of acquiring a pre-existing platform like Checki.

In his own words, Ikpe said that;

“Building on the solid work that the Cheki Nigeria and Ghana teams have done over the last ten years, we are already dispersed across multiple locations.”

He further boasts of the technology that was built and developed by Autocheck’s team of auto-tech experts.

According to him, the availability of this reliable technology will position the company to scale rapidly.

“Applying the technology built and developed by our Autochek auto-tech experts, we are well-positioned to scale quickly, as the demand for reliable and well-priced cars on the continent grows.

“With this pre-seed round and our seasoned strategic investors on board, we are working to transform the automotive sector on the continent,” Ikpe added.

Autochek’s ambiguous but achievable strive in the automotive industry

Like most startups, Autochek is also driven by a set of mighty goals that is intended towards disrupting the automotive industry.

Its quest to create an unmatchable value across Africa has birthed the need to proffer solutions to major industrial challenges.

Speaking on that, Ikpe said that “the major problem with the industry is just fragmentation.”

In an overpopulated yet unregulated industry, a problem such as fragmentation is bound to thrive.

Interestingly, this major challenge cut across all forms of automotive operations, including e-market platforms, after-sales, among others.

Regardless, there is a potential for unification among the numerous verticals which often operate independently.

As such, Autochek plans to drive on the symbiotic relationship amongst the numerous verticals by providing a common ground for all.

Speaking of which, Ikpe informed that there is no better time to thrive than now.

“It was the right time because the opportunity with Autochek enables me to go deeper into the industry,” he said.

Also, considering the acquisition of its apparent “major competitor”, Checki, then it’s safe to say “there is no big dream.”

In addition, over 12,000 dealers and private sellers trade regularly on the platform.

While most of these numbers come from the acquisition of Checki, the platform intends to leverage-on and fastrack the progress.

“We are building a product based on what we saw the market was lacking and we’ve heard consumers typically demand,” Ikpe added.

Unlike other outfits, Autochek allows its customers to access other lucrative benefits considering it’s a “two-sided marketplace.”

On the other side, Autochek allows users to auction cars in real-time.

Not just that, consumers can also have access to necessary details on fleet management, as well as marketing support.

More so, consumers are also provided with core analysis on the following:

Looking inwardly in the aspect of car loans, Ikpe disclosed that Nigeria is faced with poor car financing.

Quoting him, “less than 1% of cars in Nigeria are financed.”

According to him, this percentage is way low compared to some other countries like Indonesia, Mexico, the US among others.

For instance, Ikpe claimed that the rate of car financing in the three countries stands at 86%, 75%, and 98% respectively.

Ikpe added that this massive gap in car financing in these countries is despite their megacity status and GDP.

To fix the problem, Autochek wants to connect consumers and financial institutions, including banks and fintech.

If a consumer applies for car financing, a financial institution can go through his/her information and decide to help or not.

What this also implies is that the window frame of financing a car will be shortened from 30-days to about two-days.

Upon success, Autocheck also takes a cut from the loan awarded by the financial institution.

Overall, Ikpe admits that just like other tech solutions, Autochek is also driven by one major goal; “servicing the consumer.”

Beyond having the tech know-how of how the platform should work, Ikpe also boasts of previous experience in the field.

Recall that prior to the establishment of Autochek, Ikpe resigned from Cars45, another automotive platform he co-founded alongside three others.

In his explanation for coming up with a similar product he left behind, Ikpe thinks that there is a need to “disrupt the underutilized and untapped industry.”

More so, Ikpe is passionate about auto dealership which is what found him this path in the first place. 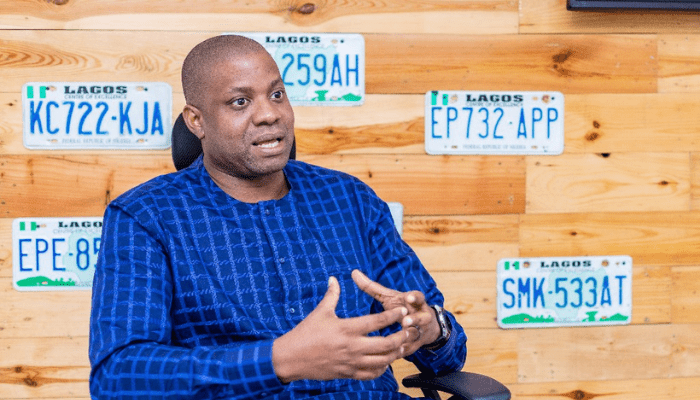 According to him, the Nigerian automobile industry is faced with numerous challenges, some of which he intends to fix.

For him, challenges such as delay in vehicle shipment, overvaluation, and safe transaction shouldn’t be a thing with modern tech solutions.

As a matter of fact, Ikpe booked his earlier role as the co-founder of Cars45 because of his passionate desire to proffer solutions to some of these challenges.

In an interview recently, Ikpe said that he wants to “fast-track vehicle shipment time-frame.”

This particular intention of his remains one of the cores of Cars45 business model, and of course, his newly established Autochek.

Education-wise, Ikpe was profoundly in love with mathematics, however, bagged a bachelor’s degree in Actuarial Science at the University of Lagos, Lagos State.

Having graduated in the year 2004, Ikpe prefers to describe his course as “a combination of mathematics and business.”

The Nigeria startup ecosystem is experiencing a significant turnaround, though it’s still a long journey ahead.

Autocheck’s seed investment outdates that of mobile challenger bank, Kuda’s $1.6 million to become the biggest seed round in Africa.

It is even more impressive that a startup that’s barely four months old can pull such a major bumper.

For various reasons, this is an indication that the coming years hold a lot of promises for Nigeria startups.

What do you think about Autochek’s pre-seed round? Kindly share with us in the comment section below.

SafeBoda: Why Bike-Hailing Service Is Going On ‘Break’ In Kenya