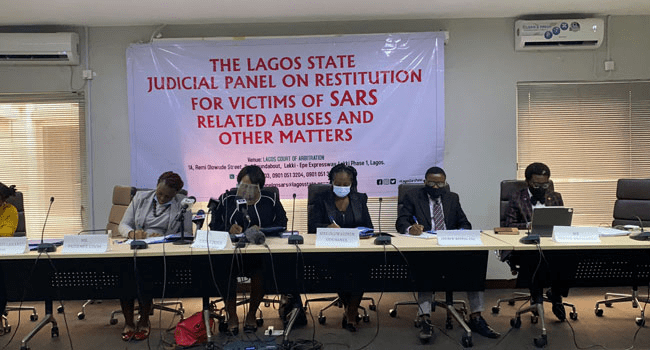 The Nigeria Police Force (NPF) has withdrawn its suit seeking a stop to all Judicial Panels of Inquiry (JPI) set up by the state governors to probe allegations of police brutality.

The Police had on Thursday filed a suit FHC/ ABJ/CS/1492/2020 seeking a stop to all ongoing judicial panels across the state.

Police had described such as illegal and unconstitutional.

The #EndSARS hashtag resurfaced shortly after the police filed a suit against the Judicial Panels in an attempt to stop the committee from carrying out its sole function.

After the #EndSars protest which was short-lived by a gruesome night of bullets, widespread panic, and sad deaths, the National Economic Council (NEC) directed state governors to set up Judicial Panels in their state. 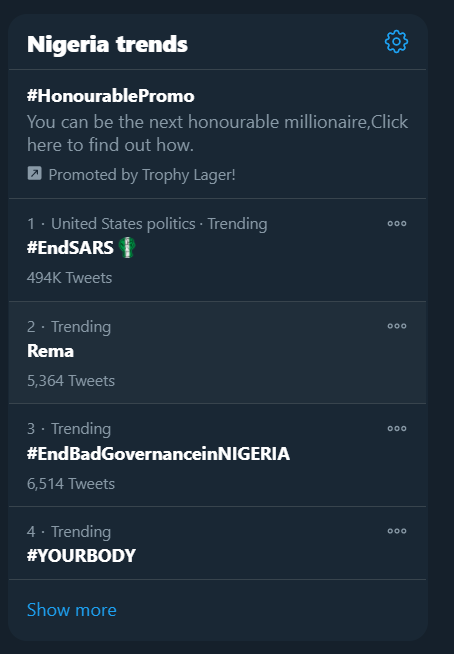 The panel was set up by the state governors.

Additionally, it seeks to look into reported cases of police brutality and human rights violation and ensuring the prosecution of offenders.

Weeks after the establishment of the panel, the police force has brought a suit against it.

In this suit, he argues that the establishment of the panel of inquiries is a violation of section 241(1) (2) (a) and item 45, part 1, as well as Section 21 of the tribunals of inquiry act.

According to the police force, the actions taking by the governors in setting up this judicial panel “is unconstitutional, illegal, null and void and of no effect whatsoever.”

The police force maintains that only “the Federal Government of Nigeria has the exclusive power to organize, control, and administer the Nigeria Police Force.”

As such, every attempt at controlling the Force by a lesser authority than the Federal government is null and void.

The Force seeks a court order to perpetually ban the 3rd to 38th defendants.

This includes the attorney generals from the 36 states of the federation – from making any inquiry into the Force’s affairs.

The order also seeks to prevent them from setting up any other panel of inquiry in any state within the country.

On Thursday, the Inspector General of Police (IGP) Mohammed Adamu ordered an investigation into the suit.

Reacting to the suit, the IGP, in a statement signed by Police Spokesman, Frank Mba, said the officer faces sanctions.

The Nigeria police force (NPF) has applied to withdraw the suit against the judicial panels probing into police brutality & extra judicial killings. Now you know that social media advocacy works. No to social media regulation. #EndSARS

Related Topics:#EndPoliceBrutality#EndSarsFeaturedSARSThe Nigerian Government
Up Next

Salesforce Seals Slack’s Acquisition In A Deal Valued At $27.7bn