Social media networking giant, Facebook Inc., has been dragged for the umpteenth time, yet for a common wrong reason.

This time around, the American conglomerate corporation will be facing an even bigger entity – The US Federal Trade Commission (FTC).

FTC is an independent agency for the US government that enforces antitrust law and promotes consumer protection.

In the latest development, the US antitrust agency filed a new suit against the tech giant, alleging monopolistic function.

More so, the agency claimed that Facebook has since indulged in anti-competitive behaviour in an attempt to retain its dominance in the industry.

“Facebook holds monopoly power in the provision of personal social networking in the United States and has continuously held such power since 2011,” FTC stated in its lawsuit.

Backing its claim with supposed facts, the FTC cited Facebook’s acquisition of Instagram ($1Bn) and WhatsApp ($22Bn) in 2012 and 2014, respectively, as two different instances.

“Today’s enforcement action aims to restore competition to this important industry and provide a foundation for future competitors to grow and innovate without the threat of being crushed by Facebook.” Ian Conner, the director FTC’s Bureau of Competition said in a statement.

In proffering a solution to the various complaints, the Commission requested a couple of relief by the tech giant, which include but not limited to the following:

Undoubtedly, Facebook is no stranger to lawsuits, and this is yet another among several others that it has faced previously.

Since its founding in 2004, the company has been involved in multiple lawsuits 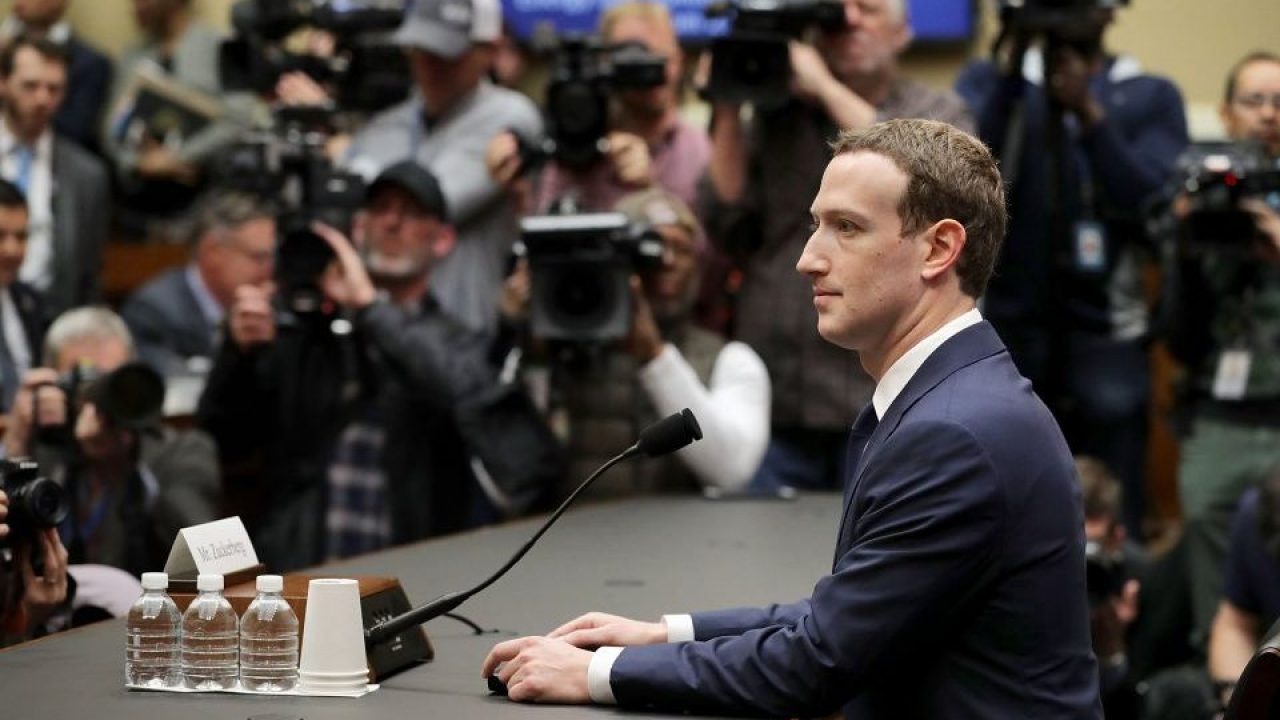 Prominent ones include its earliest lawsuit, ConnectU.com lawsuit, followed by Aaron Greenspan and house system lawsuit.

The company recently faced a lawsuit from Angel Fralay, who alleged that Facebook had misappropriated users’ names and likenesses in advertisements.

Facebook has also attended a series of antitrust congress with claims of holding monopoly power in the market for personal social networking services.

As a matter of fact, Facebook always seems more than prepared for the majority of these lawsuits, including the latest one.

This particular twin lawsuit makes the tech company the second after Alphabet’s Google Inc to face a major legal challenge this year.

As to how prepared Facebook is for this kind of situation, the company’s general counsel Jennifer Newstead addressed the lawsuits as a “revisionist history.”

According to her, antitrust laws do not exist to punish “successful companies.”

More so, both WhatsApp and Instagram have only succeeded following Facebook’s investment of multibillion dollars to grow both apps.

“The government now wants a do-over, sending a chilling warning to American business that no sale is ever final,” Newstead said.

Newstead also made an attempt to cast doubt on the alleged harm caused by Facebook.

According to her, consumers have always benefited from Facebook’s decision to make WhatsApp free.

Additionally, rival platforms such as YouTube, Twitter, and WeChat have excelled in their respective fields without accessing its developer’s platform.

That, Newstead said, is an attempt to address the alleged Facebook restriction of software developers from accessing its user data.

That aside, Facebook’s Chief Executive, Mark Zuckerberg, is calm about the situation so far.

Well, he is a regular subscriber to this messy situation. 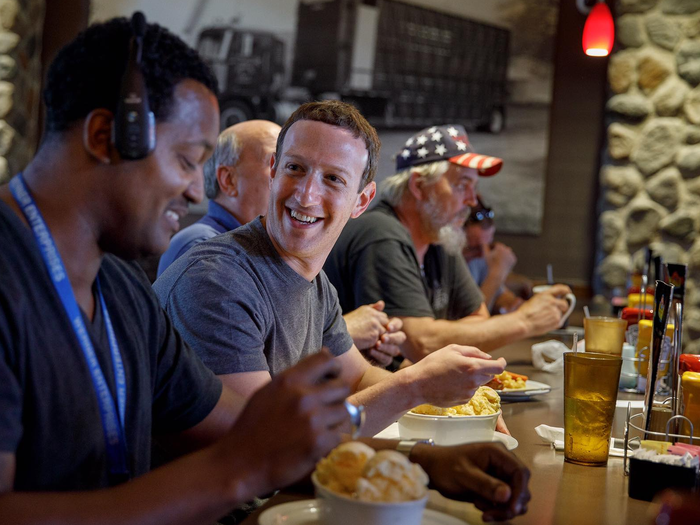 In a post addressed to his employees, Zuckerberg said he did not anticipate “any impact on individual teams or roles” as a result of the lawsuits.

He further described the lawsuit as “one step in a process which could take years to play out in its entirety.”

Industry experts perceive the FTC lawsuit as a “weak” one

Even outside the Facebook household, some industry experts also perceive the lawsuit against the tech giant as mostly a weak one.

Although, some experts feel that the challenge might hold a bit of weight this time around, considering a monopolistic statement by Zuckerberg extracted from Facebook’s documents (a 2008 email) wherein he said: “it is better to buy than compete.”

Overall, many experts, including Set Bloom of Bloom Strategic Counsel, opined that the FTC complaint is significantly weaker than the DOJ’s lawsuit against Google.

“We’re talking about acquisitions that are six or eight years old and it will be difficult for a court to order divestitures of many years ago,” Bloom said.

Investors exhibit cold feet which raises more concern than ever

On the contrary, investors are afraid of the possible outcome that could elude from a potential Facebook decentralization.

However, some investors are also of the same opinion that it is almost impossible to break up the company.

“I do not know if the FTC or DOJ will be successful in breaking Facebook up. I’m assuming this will be dragged out in the courts as FB defends itself,” a portfolio manager at a private firm said.

Currently, there have been mixed reactions from investors, giving that the latest antitrust lawsuit is the biggest in Facebook’s existence.

As such, the outcome is unpredictable, considering that it was filed by the US Federal Government alongside attorneys general from 46 states.

According to a reliable source, a similar lawsuit was filed against Microsoft Corp as far back as 1998.

While the federal government reportedly settled the case, the court fight and extended scrutiny had since prevented the company from thwarting competitors.

This preventive measure by the federal government subsequently resulted in what we have as “Today’s explosive internet growth.”

Going by this case study, it is hard to assume that Facebook we have a smooth walk away from the FTC lawsuit like every other one.

Implications of a possible break up on Facebook prospects

Impossible is nothing, and even a giant can bow for a fellow giant. FTC is not a babysitter and would not hesitate to breakup Facebook at any giving opportunity.

What happens in a scenario where Facebook is forced to accept a reality where Instagram, WhatsApp, and Messenger have to function as a stand-alone entity?

Here, the biggest fear might not even be for Facebook itself; instead, investors may end up becoming the victims.

Either way, below are possible outcomes of a potential breakup of Facebook on its business prospects.

One of Facebook’s major revenue streams is through Ads. Although the company seems to be running out of slots as it aspires to double its revenue.

Consequently, the tech giant is tilting towards a different direction entirely; e-Commerce seems to be a much better alternative.

This year, Facebook has teased new features that will allow consumers to shop directly through images and videos on Instagram.

The tech giant has also encouraged businesses around the world to use WhatsApp to communicate with customers.

Not just that, Facebook is currently testing an in-app payment system – Facebook Pay, which will allow ease of transaction across its platforms.

Due to the integrated nature of Facebook Inc., a breakup of the different platforms could hinder or perhaps slow down the launch of a full-fledged e-commerce service across the board.

More so, Facebook has somehow weaved in the commercial system with its leading social network.

Also, the synergy between the three Facebook platforms is expected to create massive disruption in the e-commerce sector.

On the contrary, a potential breakup of the platforms would mean otherwise.

A Facebook break up would mean that each of the platforms would have to struggle in isolation for various reasons.

Currently, Facebook generates the most revenue for the company, thanks to its robust ad business.

However, despite the big chunk of wealth coming in for Facebook, platforms like WhatsApp have remained reliable.

The messaging platform has spent the last six years focusing mainly on user growth and encryption at the expense of revenue generation.

Currently, the app boasts over 2 billion active users globally, with no perfect system to generate revenue.

Although the company is building an in-app business model that could change the narrative moving forward, the success is still far-fetched.

As such, a possible breakup of these platforms will put WhatsApp under even greater pressure to generate its revenue.

As for Instagram, the photo and video sharing network solely depend on Facebook technology to function effectively.

For one, Instagram’s advertising business is built on that of Facebook.

This means any attempt to isolate both would require building an entirely new ad system to power Instagram’s advertising business. 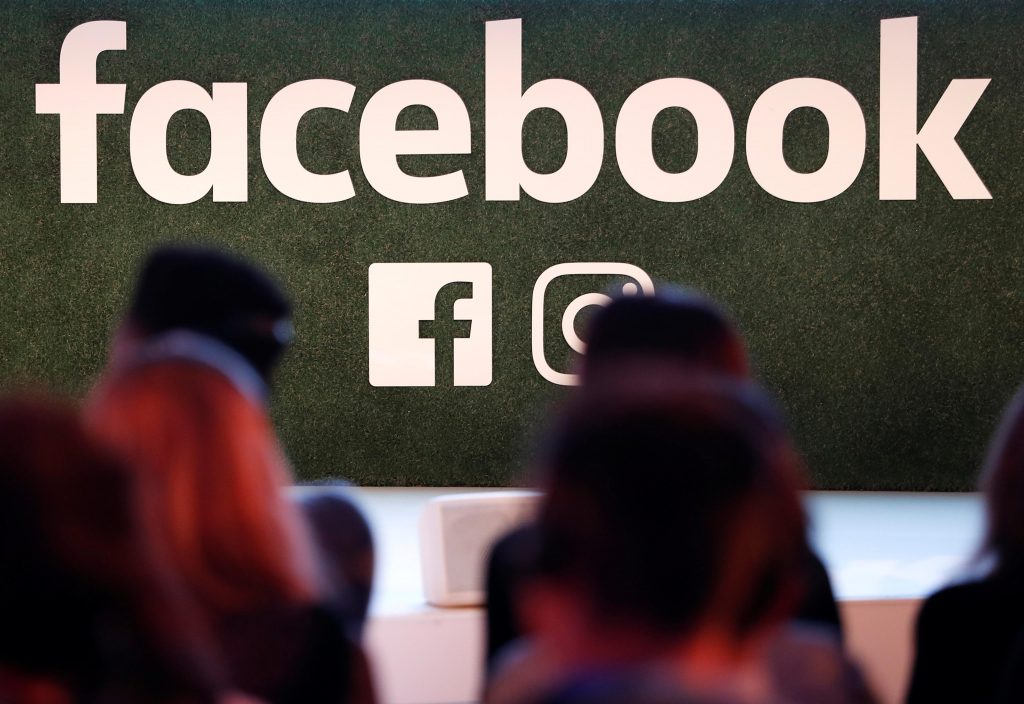 The isolation of both platforms would also mean that Instagram would be cut off from accessing user data from Facebook.

Isolating both platforms will leave Instagram vulnerable to some of these challenges until a new solution is provided.

For now, we can tell exactly how a Facebook breakup will play out – Whether the other brands will be sold off or not.

Both Instagram and WhatsApp have a collective user base surpassing 3 billion.

A breakup would mean that Facebook will be left with fewer than 2.7 billion users across the globe to engage with.

Interestingly, Facebook messenger, which largely competes with other dedicated messaging platforms, only boasts of 1.3 billion monthly active users, which is considerably fewer than WhatsApp.

Overall, a possible Facebook breakup will cut the company’s share of voice globally by a significant number.

Majority of the US social media platforms seem to be in favour of the outgoing US president, Donald Trump.

On that note, there hasn’t been a really tough hold from the president who seems to operate an isolative social media policy.

On the contrary, the incoming president-elect, Joe Biden has a low appetite for social media and its excesses.

Back in January, the president-elect during an interview with the New York Times editorial board said that;

The president-elect went further to criticize the whole of Silicon Valley for what he tagged as “overwhelming arrogance.”

Furthermore, he blamed the company for its failure to stop the Russian operatives from using its services during the 2016 presidential election.

Biden thinks such a charitable act is “close to criminal.”

With these existing concerns from the president-elect, the tech giant may just have to prepare for the worst outcome from the latest lawsuit.

We think a Facebook breakup is not a good thing. Not for the company; neither is it for both the investors and consumers.

Relating it to this part of the world, many Nigerians have built business models across these platforms.

Instagram, for instance, has become commonplace for influencers and business owners.

More so, a break-up could birth new regulations/policies that may not be in favour of the app users.

Well, that may be on the extreme side.

Overall, we think what the FTC should instead look into is how to create policies that will allow healthy competition in the sector.