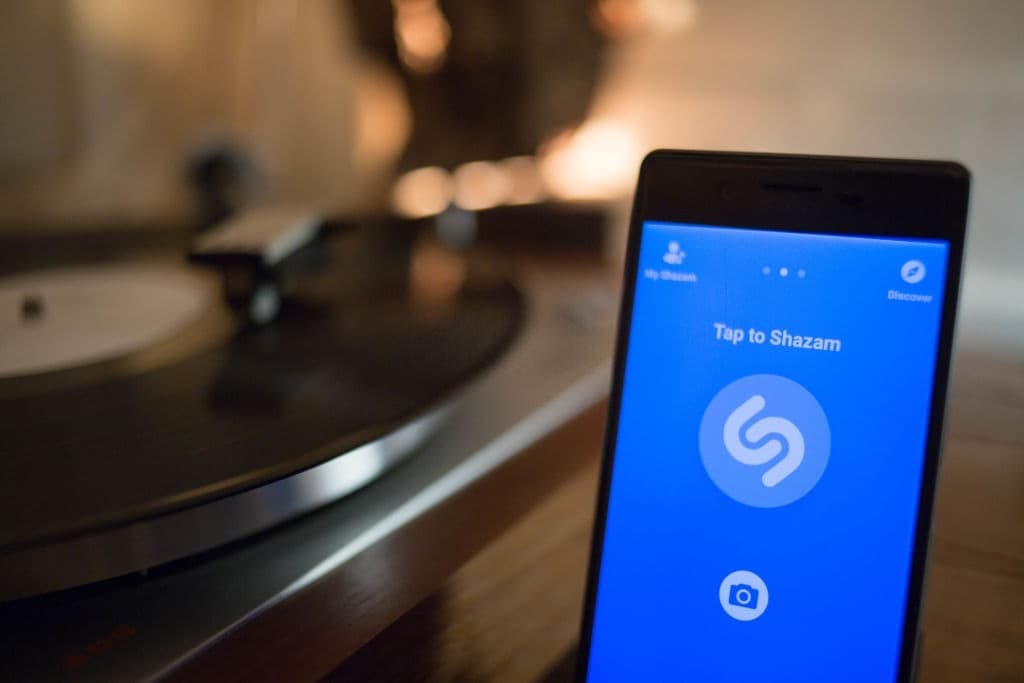 Knowing the tune of a song but not being able to figure out its title can be frustrating. However, if you know how to shazam the song, you could save yourself the stress of digging the internet for its details.

Shazam allows you to identify songs just by making your phone ‘listen’ to it.

In this article, we’re going to show you how to use Shazam on your device and different apps.

How to Shazam a song

Like every other application, you first have to download Shazam from your App Store or Playstore to have it on your device.

How to use Shazam on Snapchat

Snapchat has become a popular social media app, and it’s a bummer if you don’t know how to shazam on Snapchat.

Luckily, we can help you out here if you follow these steps:

ALSO READ: How to Skip YouTube Ads So You Never See Them Again

Now, you might be wondering where all the songs you Shazamed on your Snapchat go to.

Well, there is a special list on the platform where your songs are stored.

Here’s how to reference them or recall their details:

How to Shazam a video

Shazam doesn’t only help you identify songs but also videos from an earshot. Here’s how to Shazam a video: 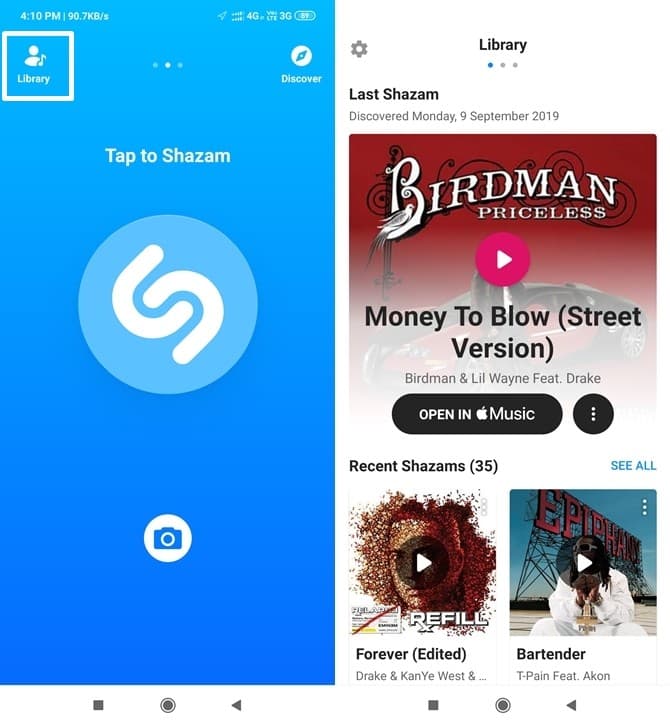 2. Look for the panel labelled “pop up Shazam”. Turn on the toggle. Ensure that it reads “pop-up Shazam is on” 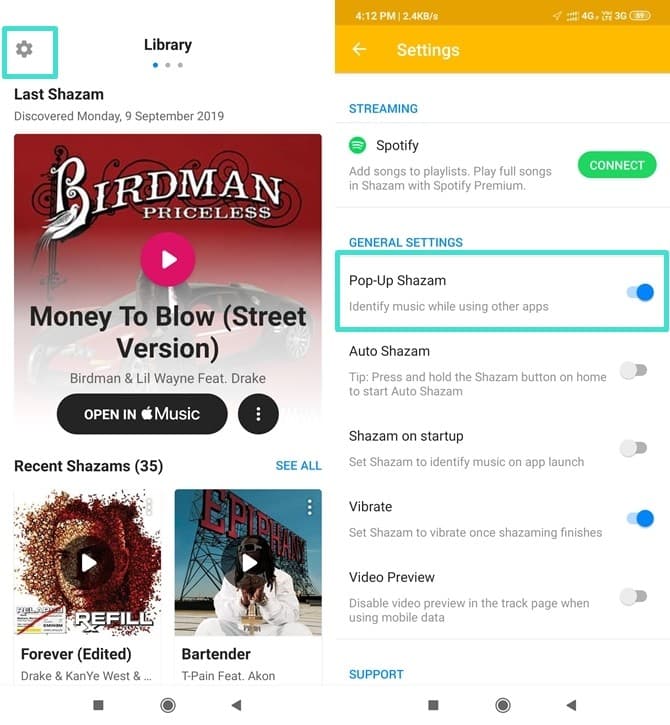 3. Once that is done, play the video you want to Shazam. 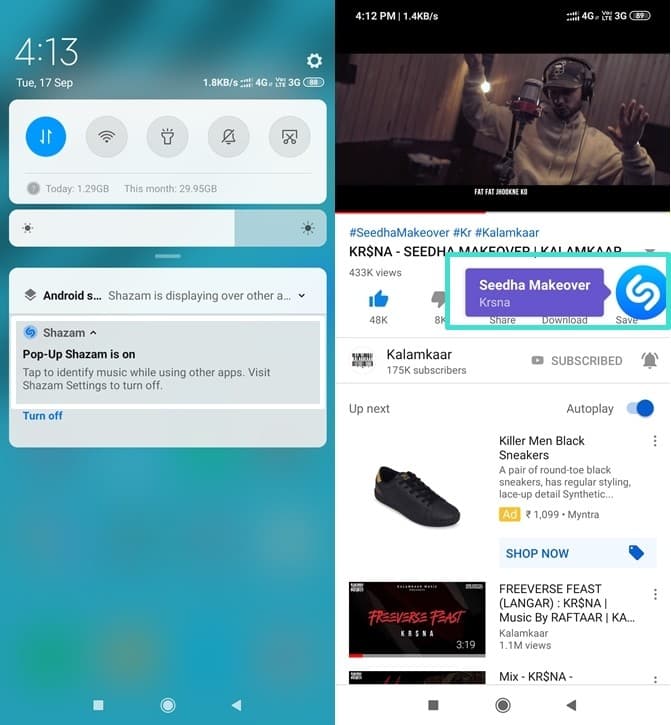 4. You’ll get a follow-up notification once Shazam detects the video.

Instagram is not excluded from the Shazam party. Here’s what you need to do:

ALSO READ: How to Record a Zoom Meeting on Mobile and Desktop [2020]

Get familiar with ‘auto Shazam!’

Did you know you could also ‘Auto Shazam’?

As the name suggests, this feature allows you to automatically detect songs playing around you.

To many users, it is an easier and more efficient way to use the music detection app.

To activate Auto Shazam, press and hold down the Shazam icon on your screen.

When activated, this feature matches songs to those in Shazam’s database.

The downside to this feature is that whatever song it detects will not be saved.

You must have already figured out that the concept of Shazam is simply to identify musical sounds.

Shazaming is a two-way street and you can Shazam a song when you don’t have internet access.

Once your connection is restored, Shazam will automatically detect the sound.

However, this only works for songs that have been previously identified.

How to see your previous Shazams on different devices

Earlier, we described where to find your Shazamed songs on Snapchat.

But, do you know how they’re stored on your Shazam app or device?

Here’s how to see your previous Shazams on different devices: 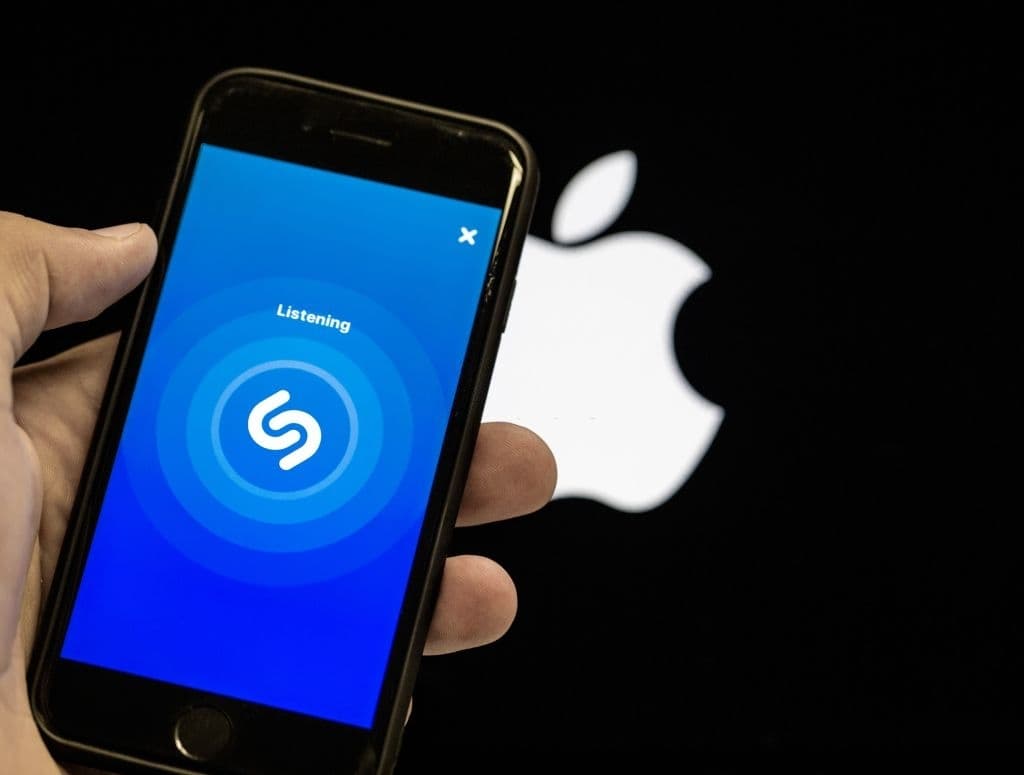 There you have it! You can follow these simple steps highlighted above to use Shazam on your device.

Now, you can know the title of whatever song or sound you hear around you. Go ahead and explore the exciting ways to Shazam songs today!

How to Make Your iPhone Run Faster: 15 Amazing Tips