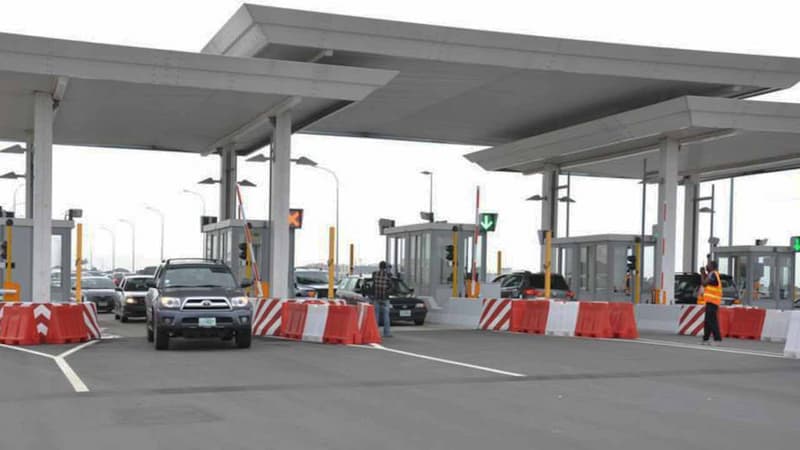 Nigerians have rejected plans to resume tolling operations at the Lekki Toll Gate Today by the Lekki Concession Company.

Nigerian tweeps have condemned the reopening of the tolling after the killings of peaceful #EndSars protesters at the area in 2020 by security operatives.

The Lekki Toll Gate stopped operations after some angry Nigerians burnt the facilities at the gate following the killing of innocent protesting Nigerians by men in military uniforms.

Specifically, on October 28, 2020, youths had assembled at the Lekki Toll Gate to protest against the brutality by Special Anti-Robbery Squad (SARS) operatives.

But this was not before they killed many youths as well as the killing of others at the Lekki Toll Gate.

Also, Nigerians are facing inflation and high cost of living.

ALSO READ: Lokilocker Can Wipe All Data From Your Device Running Any Windows OS

Moreover, the wounds from the past event have contributed to the rejection.

Nigerians have, therefore, said that reopening tolling at the Lekki Toll Gate now is ill-advised.

This is coming after the Lagos state government announced the plan for the resumption of tolling.

The government said it would start testing the reopening of the tolling at the Lekki Toll Gate and that of Ikoyi Plaza between 1st and 10th of April, 2022.

But Nigerians have rejected the plans to reopen tolling at the gates.

Tweeps launched the hashatag, #NoJusticeNoToll to demand for justice for the victims of the killing at the Lekki Toll Gate two years ago.

They said the Lagos state  government should not reopen the tolling unless victims of the Lekki Toll massacre get justice.

Below are some of their tweets”

It’s been 17 months since the Lekki TollGate Horrors. Yet, victims of the Massacre are yet to receive justice. Resuming tolling at that Unholy Ground is not only ill-advised, it is wrong, sacrilegious & exploitative. #NoJusticeNoTolling #NoJusticeNoToll

Lekki toll gate resumption is inhuman, disrespectful and will not be tolerated, the young Nigerians lives that were lost at the toll gate massacre 17 months ago at the Lekki Toll gate won’t be forgotten and their deaths won’t be forgiven.

We cant just shove the injustice of the #Endsars protest behind and move on. We demand accountability we still want answers, we still want justice. #NoJusticeNoToll

Reopening of the tollgate without justice for the people injured/killed during the #EndSARS protests is an order that must be resisted by all and sundry.

Why are u so desperate to open, of whose benefit? Can u give account of the money you’ve been making all these years & show where you’ve been spending it? Lagos is nobody’s personal bizness, if the people say “no justice no toll”, respect ursef & do the needful #NoJusticeNoToll pic.twitter.com/KAP2dwH1PO

All we demand for is justice,we can’t continue this way,those killed were someone son,daughter,father and mother like you all leaders have . Justice for one justice for all

The country has moved from being the Trenches now it’s a Gulag. Formerly people were dealing with harsh economic conditions and now it’s a matter of life and death survival due to insecurity situation and our government it’s disheartening#kadunaattack #Bandits #NoJusticeNoToll

How on earth will tolling be restored when soul lost have not been restored.Lekki TollGate reopening be #AprilFoolsDay something. #NoJusticeNoToll. You’re FREE to reopen where there’s Justice for #ENDSARS victims pic.twitter.com/sYIiAUC1bi

What`s the money for toll used for? Since we are paying we should know what it is used for. The financial report for the past 10 years should be made public. Are our taxes not enough to run the state?? #NoJusticeNoToll

The Lekki Estate Residents and Stakeholders Association Chairman just announced the decision of all Residents which is NO TO TOLLING at Lekki Toll Gate.#NoJusticeNoToll !!! #EndSARS ✊🏾

Something must be done about that Lekki toll gate issue. We need to speak up on behalf of the soul that was lost. No retreat, no surrender. Our voice must be heard

until we have accountability on generated revenue, and justice for the murder of patriotic youths killed in their prime in quest for a better country, it’s #NoJusticeNoToll pic.twitter.com/8969nEr4qd

My argument against reopening the Lekki toll gate is that while it’ll bring money to the gov., it will bring monumental loss to businesses. Tolling will lead to increase in traffic congestions. Traffic congestions leads to timeloss and ultimately money loss #NoJusticeNoToll.

Also, the appropriate authorities must ensure that victims of the Lekki Toll Gate massacre get justice.

This will douse the tension and placate Nigerians who are angry over the incident that happened at the toll gate.