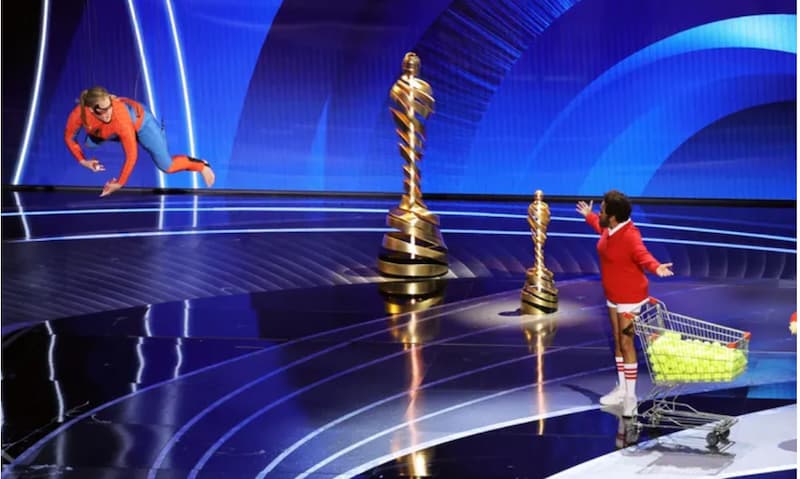 The streaming service made the historic win on Sunday during the Oscars 2022.

Meanwhile, CODA is a drama about the daughter of deaf parents who pursues her passion for music.

Following its debut in 2021 at the Sundance Film Festival, Apple TV+ bought “CODA” for a record $25 million.

CODA made a very striking outing throughout the awards season as it won top honors from the Producers Guild, Screen Actors Guild and Writers Guild awards.

Meanwhile, this not as if Apple did not get a very stiff competition.

ALSO READ: #HorribleBosses And #ToxicWorkplaces: How Employees Are Fighting Back

In fact, Netflix gave Apple TV+’ CODA a run for the win with its “The Power of the Dog.”

“The Power of the Dog” clinched many nominations with its director, Jane Campion who equally received an Academy Award.

Others in the Best Picture Category include:

What You need to know:

Apple TV+ launched in November 2019. It had launched with no library of movies and TV shows.

However, it debuted with some original series, among which CODA has emerged winner of the Best Oscar for picture.

Meanwhile, you would be wondering why the streaming service won the Oscars even after just launching in 2019.

But here is the gist.

The industry has undergone some changes that have made it possible for Apple TV+ to win.

Recall that before 2020 when Pandemic struck, film theatres like the Cannes, prohibited movies not released on big screens from competing for awards like the Palme d’Or.

This development prevented streaming services like Nstflix from participating.

However, the Academy of Motion Picture Arts and Sciences changed this Oscar eligibility requirements.

The modification now temporarily allows movies release on theatres for at least seven days to qualify.

With this, movies that debuted via streaming services in the home, like Appl TV+’s CODA could join the competition for the Oscars 2022.

It is a comedy about an American football coach who takes a job with an English soccer club.

It ended up receiving the Emmy Award for outstanding comedy series.

He said it could also boost subscriptions for the services.

“If Apple was to win the coveted best picture award with CODA, it would catalyze more A+ talent coming to Apple first (or in the top bracket).”

Here is a full list of the Oscars 2022 award winners and nominees;

Belfast
Dune – WINNER!
No Time to Die
The Power of the Dog
West Side Story

Don’t Look Up
Dune – WINNER!
Encanto
Parallel Mothers
The Power of the Dog

Ala Kachuu – Take and Run
The Dress
The Long Goodbye – WINNER!
On My Mind
Please Hold

Encanto – WINNER!
Flee
Luca
The Mitchells Vs the Machines
Raya and the Last Dragon

Audible
Lead Me Home
The Queen of Basketball – WINNER!
Three Songs for Benazir
When We Were Bullies

Be Alive (King Richard)
Dos Oruguitas (Encanto)
Down to Joy (Belfast)
No Time to Die (No Time to Die) – WINNER!
Somehow You Do (Four Good Days)

Dune – WINNER!
Nightmare Alley
The Power of the Dog
The Tragedy of Macbeth
West Side Story

Drive My Car – WINNER!
Flee
The Hand of God
Lunana: A Yak in the Classroom
The Worst Person in the World

Dune – WINNER!
Nightmare Alley
The Power of the Dog
The Tragedy of Macbeth
West Side Story

Dune – WINNER!
Free Guy
Shang-Chi and the Legend of the Ten Rings
No Time to Die
Spider-Man: No Way Home

Infinix Smart 6 is here with Full View and Full Power