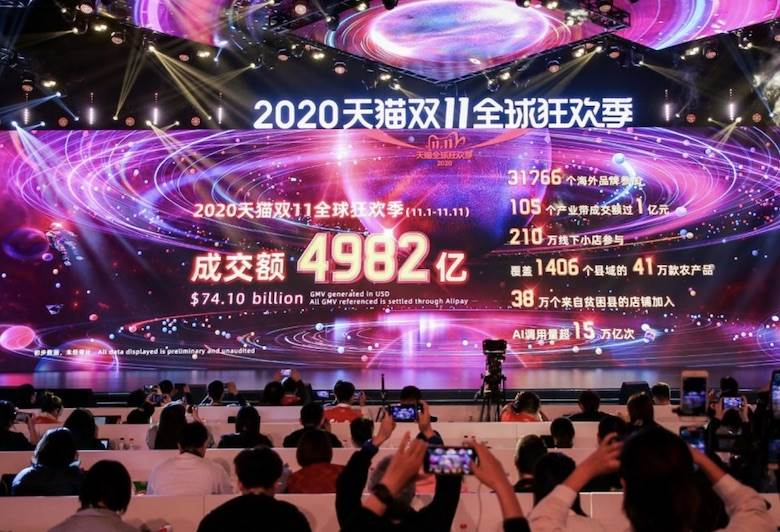 Alibaba struck yet another grand record for its annual traditional 11.11 global shopping festival.

The event that usually lasts for 24-hours commenced at midnight on Wednesday.

Guess what? The e-commerce was able to beat its old record of $38 billion GMV in fewer than 30 minutes.

With 23-hours left to the end of the Singles’ Day sales, Alibaba had already raked in a whopping $56.42 billion.

A brief history of Alibaba Double 11

Needles to say, the 11.11 global shopping festival is deemed the biggest online retail event across the world.

The first edition of the online shopping festival debuted more than one decade ago.

In 2009 when the sales day was first held, the 24-hour shopping activities had only 27 merchant participants in attendance.

11 years down the line, more than 250,000 brands are participating in the annual event.

The initial hours of the sales accounted for most of the total GVM; however, things slowed down as hours passed.

Giving the record-breaking GMV generated in the first 30 minutes, one would expect a far better outcome after 24 hours. 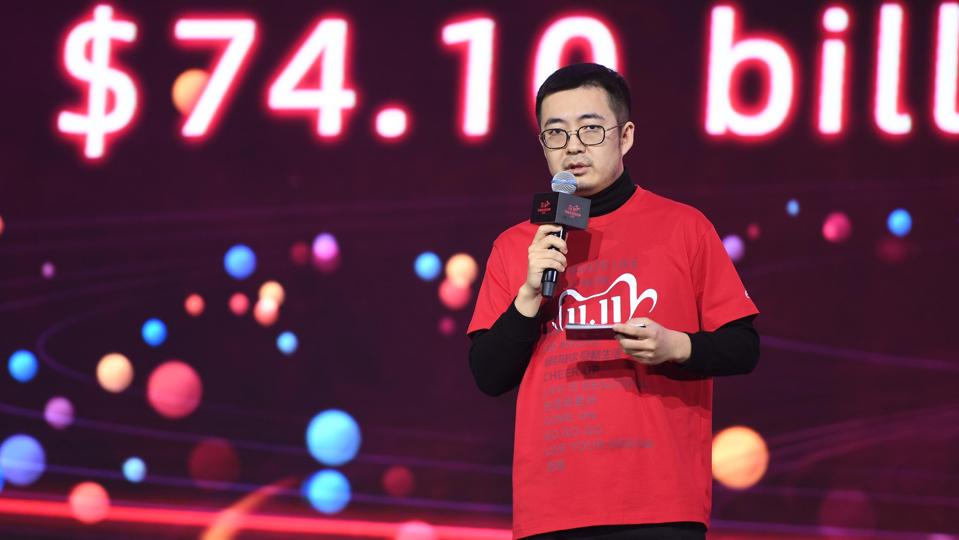 At the end of the day’s sales, Alibaba reported a total GMV of $74.1 billion.

This implies that the e-commerce giant only made about $17.68 billion after the first 30 minutes of the sales day.

Similar to what most US retailers like Amazon do, Alibaba, unlike the previous editions, extended the shopping window.

ALSO READ: Instagram is Making Changes to its App; The Platform is also Taking E-commerce to a New Level

Ahead of the Double 11 sales day, Alibaba had started sales for specific brands, including Adidas, Nike, Apple and others.

In a press release, the company revealed that hundreds of millions of consumers shopped over 14 million items on offer on November 1.

However, the e-commerce giant has failed to disclose the sales numbers for the initial single day window.

A pool of wealth for international brands

The statement also revealed that over 1,800 participating brands recorded a total GMV that surpasses that of the previous year.

At least 94 of the over 1,800 participating brands recorded about 1000% Year-on-Year growth in a single day.

Some prominent ones among them include Cartier, who unveiled more than 400 timepieces and jewelry items.

In a blog post, Alibaba shared a breakdown analysis of this year’s sales performance.

Major highlights from the analysis indicate that 800 million-plus consumers participated in this year’s Singles’ Day sales.

Over 250K brands participated, out of which 31,000 plus are international brands.

As for new entrants, approximately 2,600 brands participated in this year’s Singles’ Day sales for the first time.

The United States topped the list of the top markets for brands selling to China with approximately $5.4 billion worth of sales processed.

Guess what? A minimum of 583,000 orders was created per second at the peak of the shopping window.

Cainiao was co-founded by Alibaba group alongside six other companies seven years ago.

While the logistic unit played a significant role during the sales day, it solved some of the major concerns from last year’s sales day.

However, the success recorded by Cianio can be attributed to a previous investment made by the e-commerce giant last year.

Recall that the e-commerce giant invested $3.3billion in its logistic unit as there was an urgent need to deal with logistic issues.

This year’s sales set a new record for the e-commerce giant and nearly doubling the previous year’s margin.

The total GMV recorded this year increased by almost 100%, a strong indicator that demand is bouncing back post-COVID-19.

This extension in the shopping window frame also contributed significantly to the massive turnout in terms of participation.

Also, only about half a billion consumers participated during the 11th edition of the Double 11 sales day.

In comparison, over 800 million consumers participated in this year’s sales day.

As for early sales, last year’s single-day sales raked in $10 billion in the first hour into the event.

On the other hand, this year, sales raked in about $56.42 in the initial 30-minutes of the shopping window, burying the entire GMV recorded in the previous year.

Firstly, this comparison does not weigh in on the existing beef between the Easter and Western world.

Straight to the point, this year’s edition of Alibaba double 11 outperformed any other e-commerce discount sales day, including Amazon Prime Day.

While that was a boost from the previous year, which saw about $17.16 in total GMV, it’s still a sizable portion beside that of Alibaba sales day.

Although many factors could be responsible for these vast differences, a prominent one is the years of existence.

While this year marks the 12th edition of single sales day for Alibaba, Amazon Prime Day, on the other hand, has only completed the 6th edition.

Moreso, population and ease of logistics are other major factors to put into consideration.

As to that end, Alibaba boasts of an advantageous regional population, the same as an advanced or perhaps smart logistic network used by the e-commerce giant.

For instance, if the Single’s Day sales were to be a Nigeria thing, then a 7.5% VAT is expected to be charged on the total $74.1 billion GMV recorded.

In that case, the Nigerian government would have had a claim to about $5.55 billion or N2.22 trillion which would have recuperated almost a quarter of its annual budget.

While that’s on a lighter note, we think the e-commerce giant has mastered the act behind the sales day.

China’s 6G Space Launch: A Message To Nigeria And Other Countries