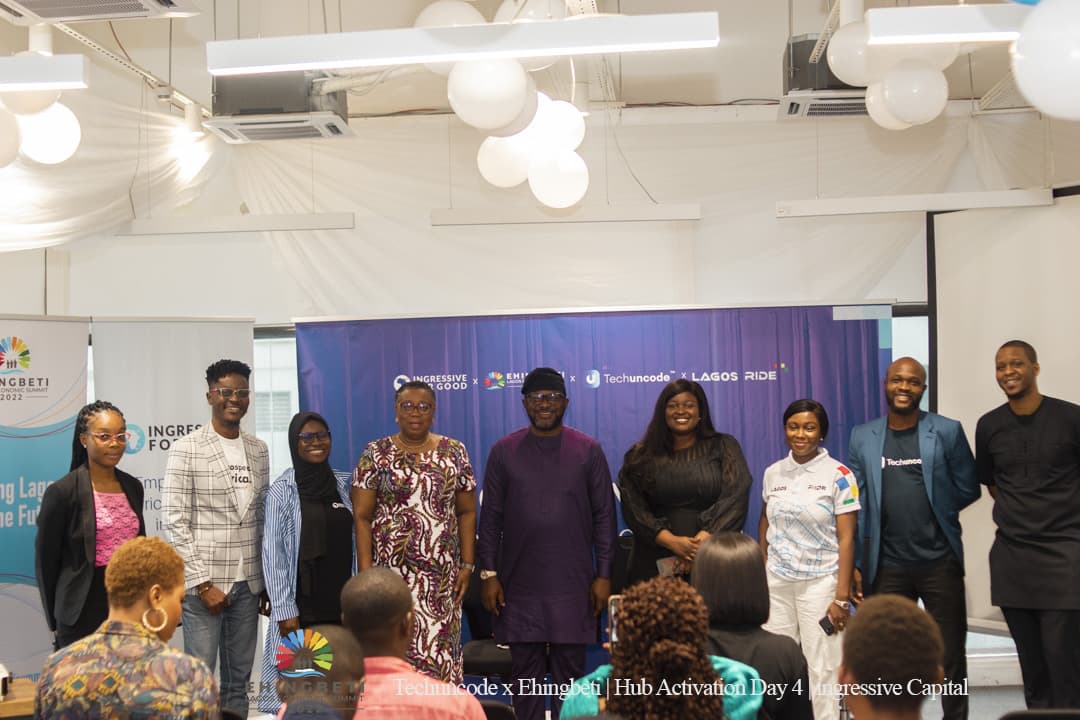 During this session with Ingressive for good, I4G, experts from Business, Finance, Government, Education and other sectors were present to discuss the role of tech talents in building the economy of Lagos. 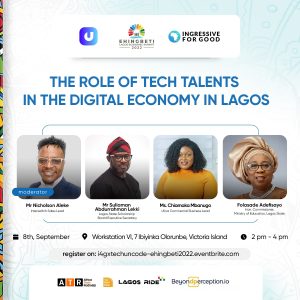 One of the profound statements made during the discourse was that tech talents need to take hold of their today.

That is, they need to actively take action concerning the things involving the state.

Also, they noted that people especially talents in the state stay updated with the policies and regulations set by the government.

All these and more were said during the hub activation discourse themed “‘The role of Tech Talents in the Digital Economy in Lagos.”

It was organised by tech media platforms, Techuncode and Ingressive for Good hub as part of the series of events to usher in the 2022 Lagos state economic summit called Ehingbeti.

The event was moderated by Haneefah Abdurrahman Lekki, Community Manager for Ingressive For Good.

Over 100 people participated in the event both physically and virtually.

According to the experts, the young tech talents have a problem not participating in things that involve the state.

They said the reason for this is birthed from policies and regulations by the government, poor profiling of youths, and no avenues to relate with the government and others.

Another of the issues the experts spoke on is the issue of data in the state. And if it is managed well by the government, it can help tech talents in creating technological solutions in changing the status quo of the digital economy. 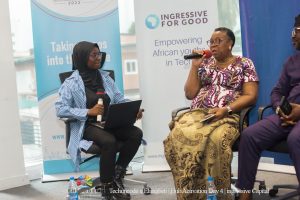 According to her integrating technology into education has been a passion for her, having seen the backwardness in the educational system.

She spoke on how, with technology, the educational system in Lagos was able to cope. There were provisions for devices for both teachers and students, especially for those terminal classes in some schools.

She adds that there is a need to tell people why they need to integrate technology as many people don’t know.

Also, speaking from the educational point of view, she said there is a need to change the curriculum in Nigeria.

Although it has been progressive, it is still in work, especially in Lagos state.

Mrs Folashade also speaks on the issue of the use of data in the state.

She said that the appropriate use of data will solve many of the challenges that plagued the economy.

According to her, there is no leader of tomorrow but leaders of today.

She believes that young ones should take charge of today.

They should be involved in things regarding the environment they are in. 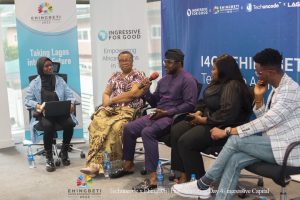 He starts by saying the impact of 2020 has had a significant change on the world and it means that we should invest more in technology.

He adds that Tech is found on the street. Also, we don’t have enough tech space and availability of internet connectivity to make tech what it is meant to be in the state.

Although he mentions that the government is already making ways to make internet connection more available in the state.

And that people should build a network to grab the opportunities available.

Also, there should be a tech space so much that the four walls of the university becomes so irrevlevant.

And there should be an office dedicated to tech innovation.

Another angle to his answer is that people should develop products for aspects of our lives and form partnership.

He also adds that the interest of the present government is to use technology to do everything.

“Tech talents should be a part of everything as we are all government.” He says.

Mr Nicholson was asked how we change the status quo for the digital economy.

According to him, wrong information about the tech space has been out there. An example is the likes of the people perpetuating cybercrimes.

Another issue is wrong and poor profiling of young people, especially those in the digital space.

He believes that the government can help in controlling this but citizens also needs to play a role.

They can carry ide notification cards that can help prove what they are or what they do.

Also, he says that the responsibility of every citizen, especially young ones to make research on some of the policy that the government are creating.

Mr Nicholson also speaks on the need for tech talents to get involved in the state.

He said “We should look for more tech avenues to relate with the government.”

Also, he believes that there is so much the people can do as young tech talent and this can help change the status quo.

Also, he says that there should be a partnership between the state and the tech talents. 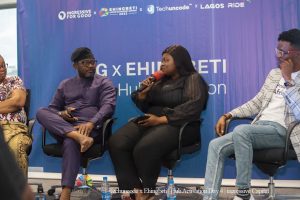 Speaking from the tech educational space, Mr Chiamaka iterates the need to sensitize the youths and people about the need for tech.

Also, there is a need to provide infrastructure and internship opportunities for people to learn.

She also adds that Lagos state tech talents should be able to create initiatives in the state instead of thinking of leaving the country.

Also, they need to collaborate between other tech talents to solve a problem in the state. She said it will drive digitization of the state.

About Ingressive For Good hub

Ingressive for good hub is a tech talent company that is targeted at Africans. It aims to train African talents who are in need formally and provide them with access to ivy -leagues of Africa. Also, it equips Africans will tech skills to help them impact and contribute to the development of Africa, economically and socially.

Ingressive for good brings solutions to the inequity problem in the African tech ecosystem.

11% Domestic Violence Are Committed By Girlfriends Against Boyfriends – Study