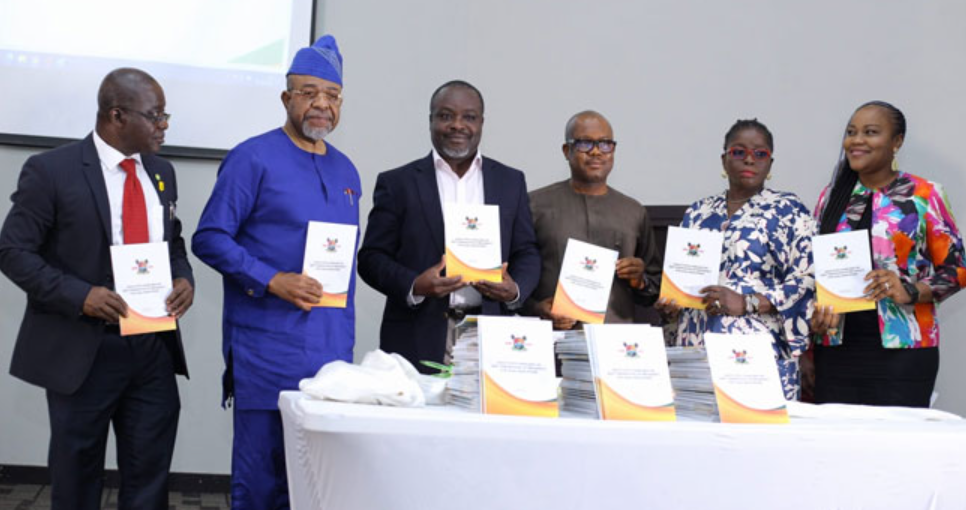 Abortion as an issue has dominated and still dominates global discuss, especially in the last few days, following the recent ruling prohibiting abortion in the United States. This is equally as abortion is a criminal offence in Nigeria too.

How, you may ask? Well, here is the gist.

The Lagos State Government has released a guideline which seemingly supports abortion. The policy makes provisions protecting healthcare professionals to provide  safe and lawful abortion services to women needing it.

Recall that abortion is illegal in Nigeria.

The abortion law in Nigeria states that abortion is illegal unless the life of the mother is at stake.

Both the woman who aborts her baby and anybody – be it the medical practitioner or someone aiding the process – will face stiff penalties for abortion if caught.

The penalties include 7 years jail term for the woman who wants to abort her baby and 14 years for any practitioner or anybody performing the abortion procedure on the woman.

The Criminal Code of Nigeria makes provision for abortion laws.

In Section 228, it states that any doctor who provides a miscarriage to a woman is guilty of a felony.

The punishment for the doctor is up to 14 years of imprisonment.

Similarly, Section 229 states that any woman obtaining a miscarriage is guilty of a felony.

Such a woman, according to the laws, risks imprisonment for up to 7 years.

Also, Section 230 states that anyone supplying anything intended for a woman’s miscarriage is also guilty of a felony and maybe sentenced to up to 3 years of imprisonment.

Meanwhile,  the United States Supreme Court, on Friday 24th June, 2022, ruled that abortion is no longer legal or freely accessible to the people.

The U.S court, in the ruling, overturned the famous 1973 Roe v. Wade ruling that gave women the constitutional right to abortion. 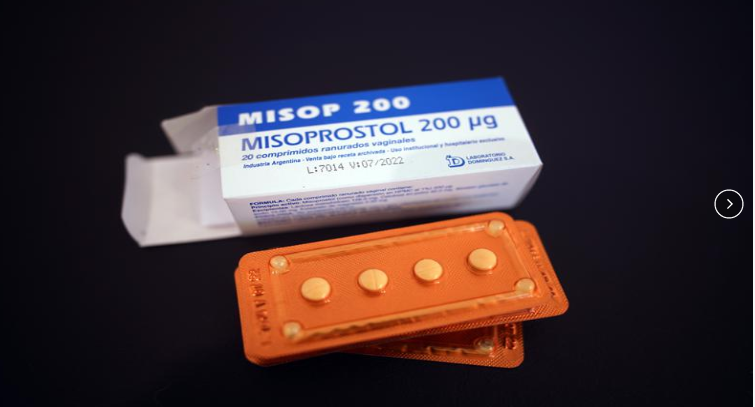 While the Roe v. Wade ruling of 1973 allowed women to terminate their pregnancies at will, the June 2022 ruling by Justice Walter Alito overturned that judgement, making abortion a criminal offence except under certain circumstances that have to do with threat to the life of the mother, rape or incest.

Moreover, the U.S court ruling left the decision in the confines of states in the U.S after striking it out as a constitutional right for every American.

Of Course, the ruling has raised and continued to erupt protests and debates as pro-choice Americans do not welcome it.

Nevertheless, not all states in America supports ban on abortion.

In fact, about 16 states have laws supporting abortion.

So, abortion is a criminal offence in Nigeria just as it now is in the United States.

But not all states in both the U.S and Nigeria supports complete ban on abortion.

In Lagos, women can now abort under certain circumstances.

Despite the criminal nature of abortion in Nigeria, the Lagos state government has released guidelines that support abortion.

The government, under the ministry of health, said the guidelines is necessary following the need to provide evidence-based data and information for health workers in public and private sectors who have the requisite skills and training necessary to provide safe terminations to reduce preventable deaths.

Permanent Secretary, Lagos State Ministry of Health, Olusegun Ogboye, disclosed this at a stakeholders’ meeting to launch the document on Tuesday in Lagos.

Mr Ogboye said this in a statement by Tunbosun Ogunbanwo, Director, Public Affairs in the state’s health ministry.

According to him, the 40-page policy document, titled “Lagos State Guidelines on Safe Termination of Pregnancy for Legal Indications” sets out guidelines for safe termination of pregnancy within the ambit of the criminal law of Lagos State. 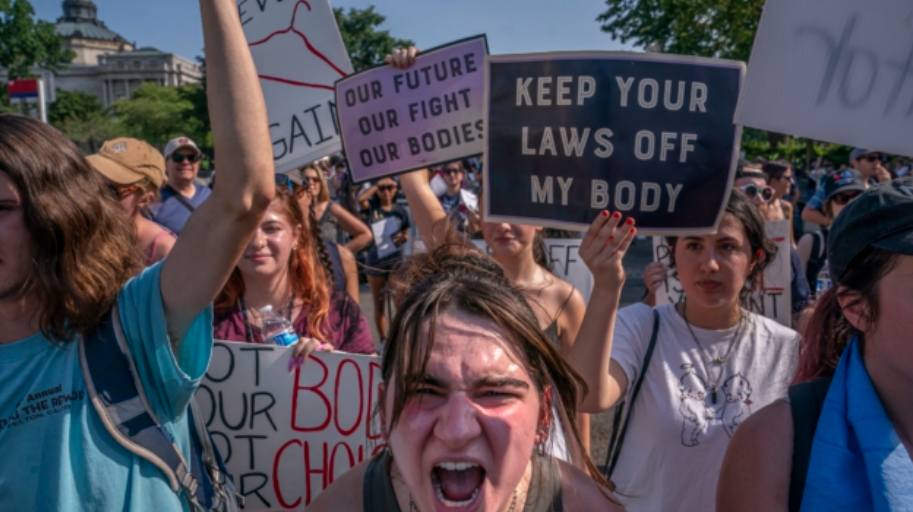 U.S pro-choice persons protesting against ban or abortion in America

Mr Ogboye noted that the document was to provide evidence-based data and information for health workers.

The data will available to health workers in public and private sectors with the requisite skills to provide safe termination of pregnancies.

This will reduce preventable deaths.

He said that therapeutic termination of pregnancy was permissible under the state’s law.

However, the absence of clear guidelines had stalled the effective implementation at appropriate levels of care.

He said this lacuna resulted in preventable deaths.

“In 2011, the Lagos State House of Assembly updated the criminal code, providing for abortion to save the life and protect the physical health of the woman.

“While physical health is covered under the Lagos legal framework, services conforming to the law have not been available in Lagos State health sector.

“This document provides information on relevant laws applicable in Lagos State while providing standards and best practices with regards to legal indications, pre and post-procedure care, methods, and monitoring.

“I must state here that this document has undergone wide consultation with relevant technical stakeholders within the legal and health service context in the state,” he said.

Mr Ogboye said the process to develop the guidelines started in 2018 with the ‘Safe Engage Project.’

He said the ministry led the project and hosted by the Society for Obstetricians and Gynaecologists of Nigeria (SOGON).

It also had support from the Population Reference Bureau (PRB).

He added that stakeholders in the state health sector worked with key opinion leaders in Lagos for the document.

The sector also worked with southwest region to develop a tailored advocacy tool for terminations within the legal context.

According to him, the advocacy messages on the Safe Engage project focused on two immediate outcomes.

He noted that the outcome include ensuring that safe abortion services were available within legal indications in Lagos.

Also, it ensures domesticating the Violence Against Persons Prohibition Act.

Likewise, it supports women to terminate a pregnancy caused by rape or incest.

“To guide the implementation, one of the follow-up recommendations of the project was the adaptation of the National Standards and Guidelines for Safe Termination of Pregnancy within Legal Indications within the Lagos State context.

“The Federal Ministry of Health had developed and disseminated the national guidelines on safe termination of pregnancy.

He said it “highlights the compendium of conditions and circumstances under which termination of pregnancy could be instituted.

“The guideline was intended to build the capacity of health professionals to identify pregnancies for which legal termination could be instituted.

“Marie Stopes International in Nigeria in collaboration with the Population Reference Bureau proposed to support the state government to adopt the document,” he said.

The meetings were to discuss sections of the law supporting safe abortion.

Also, they discussed conditions permitted within the legal framework to save the lives and the physical health of mothers.

He added that it also includes a validation meeting with the broader stakeholders to review the document.

“We hope this dissemination today will help guide health providers to provide this service within the ambit of the law.”

He said the development and dissemination of the policy document showed Lagos is leading state-level intervention to stem the tide of unsafe abortion and give women and girls improved health outcomes.

Mr Ajah said abortion in Nigeria was not illegal but restrictive.

He noted that many health providers were unaware of the legal indications for safe termination of pregnancy.

He stressed that it was important for healthcare providers to make critical decisions.

The decision will be based on sound medical judgment and not on religion, culture, or other biases.

The decisions are for when a woman’s life is in danger, as prescribed in Nigerian laws.

Mr Ajah added that the policy was a demonstration of the commitment of the state to improve maternal health.

He said the improvement is especially in mitigating the impact of unsafe abortion practices in the state.

He said the guidelines would preserve the lives of pregnant women that could incur physical or mental health challenges with  continuation of their pregnancies.

He said the Lagos State Criminal law of 2011 only prohibits unlawful abortion.

Atsenuwa is at the Law Department, University of Lagos.

Mr Atsenuwa noted that the document clarifies what lawful termination of pregnancy means in the context of the law.

He also added that education of law enforcement officers was critical with regards to understanding the context of the law.

Some parts of this content were culled from NAN

Land Your Dream Tech Job With These Tips