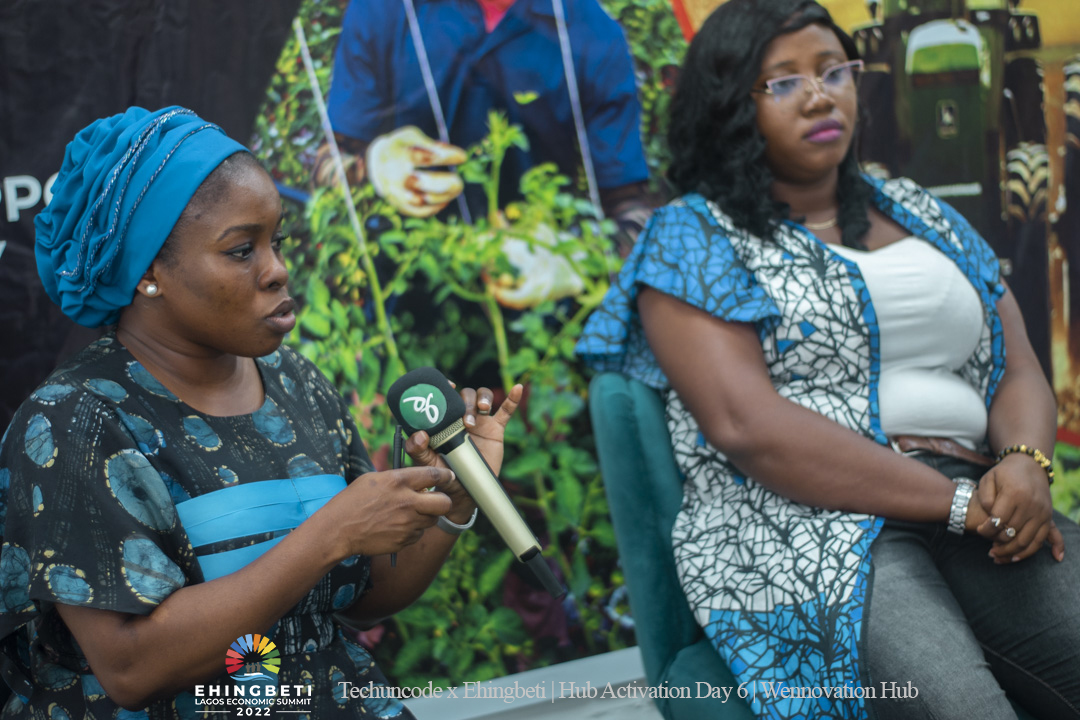 Beneath agricultural challenges lie many opportunities and tech integration in agriculture is the surest way to solve food insecurity.

Meanwhile, Agriculture is not just a sector or an industry. It is a part of our daily lives – from the day of birth till the day of death.

These were the submissions of the experts at the recent hub activation powered by Techuncode.

Present were seasoned personnel from the agric sector of the economy. They spoke about the issue of food security and support in the state.

The problems – herder-farmer clashes, climate change, lack of manpower, infrastructure and financing deficit, among several other issues – were some of the things experts identified as being the problem plaguing the sector.

And they were able to suggest innovative solutions and recommendations to some of the challenges.

They spoke at one of the hub activation series, themed “Boosting Food Security and Agricultural Support with Tech.” It was organised by Techuncode in partnership with Wennovation hub for the forthcoming Lagos State Economic Summit, popularly known as Ehingbeti.

Ms Ruth Abisola Olusanya, the Honourable Commissioner, Ministry of Agriculture, to governor Babajide Sanwo-Olu, was present during the event discuss.

Meanwhile, over 100 people participated in the programme which was both physical and virtual.

Meanwhile, the event started with the minister establishing that the agric sector is important and is also a part of our daily lives.

Mrs Ruth drives the conversation by engaging the audience on the current realities of the sector in Lagos State.

She believes that the conversation on “utilising technology to boost food security and provide support” is very important. 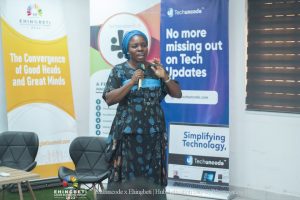 Ms Ruth Abisola Olusanya, the Honourable Comm, Min of AgricultureAccording to her, food security has to do with the quality of food that we eat, the standard and its affordability.

She further said that discussions to proffer solutions to the challenges facing the agricultural sector should be not just a state affair but also a national one .

According to her, Nigeria used to be the giant of Africa with the most vibrant economy. The country had the largest producers of agricultural produce.

Sadly however, Nigeria’s agric sector has lots that glory and the descent from grace to grace still continues.

The commissioner identified challenges plaguing not only the agric sector in Lagos but also the whole country.

She said rising population, rising budget deficit, insurgency and insecurity are among the top challenges facing the agric sector in Nigeria.

The commissioner also lamented that Nigeria is excessively import-dependent  instead of being a major exporting country of agricultural produce.

She said too much importation is cause a huge strain on the country’s currency hence, the continuous depreciation of the naira.

Nevertheless, the commissioner noted that three things hold an economy together which includes: food, health and security.

Expatiating on those, she said when a person doesn’t have food and good health, the situation hinders every other thing about the person.

Also, she adds that agriculture is the bedrock of the economy.

She however added that although many challenges face the agric sector in Lagos, beneath them also lies massive opportunities.

Meanwhile, she recommended the integration of smart technologies to boost agricultural in the state and country.

According to her, technologies to integrate with Agriculture include greenhouse technologies, biofortification technologies, tech for GMO as well as those for soil management. 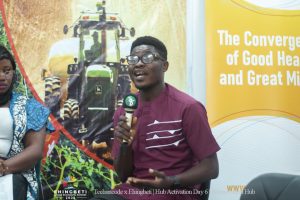 Also speaking at the event, was Nwachinemere Emeka of Kitovu.

He spoke about the importance of funding for the agric sector.

According to him, small farmers make up the largest percentage of people who live under 1% in Lagos.

He therefore said that there is the need for tailored financing methods for the agric sector in the country.

Mr Nwachinemere said “if we must eliminate small holdings and solve food insecurity challenge in the state, then agric financing is important.”

According to him, “Farmers have pressing financial obligations that force them to sell.”

He urges the government to provide more access to finance for agritech.

Emeka also suggested that government should engage in data aggregation as a further way to solve issues plaguing the agric sector.

On the issue of insecurity of both the farm lands and the farmers, Emeka said one of the root causes of insecurity in the state is unemployment.

He said many people are shying away from agriculture due to insecurity and many other reasons.

However, if more people are involved in the sector, it would solve the problem of manpower and the sector will employ many.

Also, he revealed that the work extension to farmer ratio is 1 to 7,000.

This is because, only a few people have taken interest in the sector.

According to him, financial stability determines a lot of what people take interest in.

Also, the youth need to be shown the opportunities available.

He added that people should look out for the opportunities in the agric sector and key into it.

And government should meet the people in the middle by creating an enabling environment. 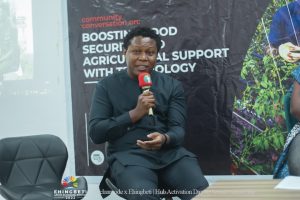 Also speaking at the event was Mr Nonso.

He also corroborated Emeka’s stance that funding is a major challenge of the agricultural sector.

According to him, financing in the agricultural sector takes up 5% of the loan book.

However, according to him, the value of the opportunities in the sector needs to be articulated enough.

He said this when he was speaking on the employability of people in the sector.

Also, he reveals that agriculture adds about 25% to Nigeria’s GDP.

He said the sector is also the major employer of labour in the country.

However, to solve the lack of job opportunities in the agric sector, Mr Nonso urged that key players must be given more opportunities to upscale and government should drive this.

The session came to a conclusion with the experts all agreeing that technology integration is the surest way to improve the agriculture sector.

With tech integration, they noted, there would be food security.

Wennovation Hub is a pioneer in Nigerian innovation acceleration that focuses on social impact sectors like Agriculture, Healthcare, Education, Clean Energy and Infrastructure. It has offices in Abuja, Kaduna, Lagos and Ibadan, which are designed and equipped with the right tools that can inspire minds with bright ideas.

Wennovation Hub is one of the pioneers of the Yabacon valley ecosystem.