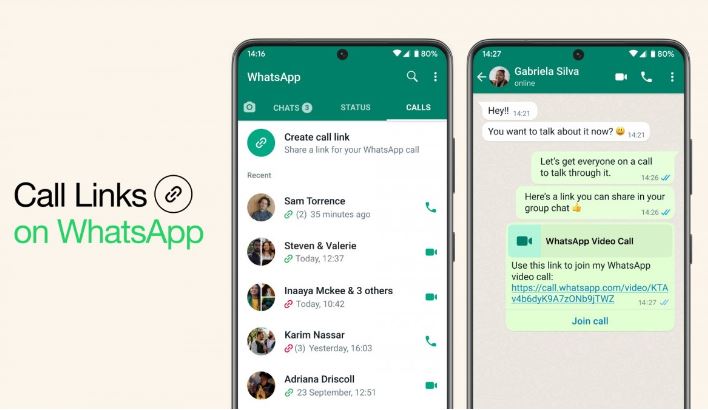 WhatsApp has said that it is rolling out sharable Call Links features that allows users share call links to loved ones to join.

It is a brand-new feature that work like Zoom Call links in that you can schedule a call meeting and share the link to people you want them to join the call.

People you share the link with will then be able to jump onto that call by just clicking or tapping said link.

According to WhatsApp, up to 32 participants can join a call via the link at a time.

This works for anyone on WhatsApp, even if they’re not in your contacts – the main caveat here is that they do have to have WhatsApp themselves, otherwise they won’t be able to join your call.

That’s all there is to it really, but the fact that it’s simple doesn’t mean it’s not very useful.

Of course, a call link is nothing new in the grand scheme of things, with other services having had such functionality for a very long time.

But WhatsApp is a behemoth when it comes to user base, so now a lot of people can suddenly partake in calls without any hassle in joining.

According to Mark Zuckerberg, Call Links are currently in the process of rolling out, and the rollout might take a few days – or even the entire week.

He also revealed that WhatsApp’s developer team is currently testing secure encrypted video calling for up to 32 people, with more about this promised to be revealed soon.

In a separate announcement, Meta CEO Mark Zuckerberg announced through Facebook that WhatsApp would begin testing encrypted video calling with up to 32 users.

While Call Links will be new to WhatsApp users, similar features have been implemented in other messaging and conferencing apps like Google Meet, Microsoft Teams, Zoom, and a few others, and it works quite well.

WhatsApp has been quite busy lately, implementing new features in its beta as well.

Companion Mode was recently introduced to users who are running the Android beta, allowing them to link an Android tablet to an existing account using a QR code.