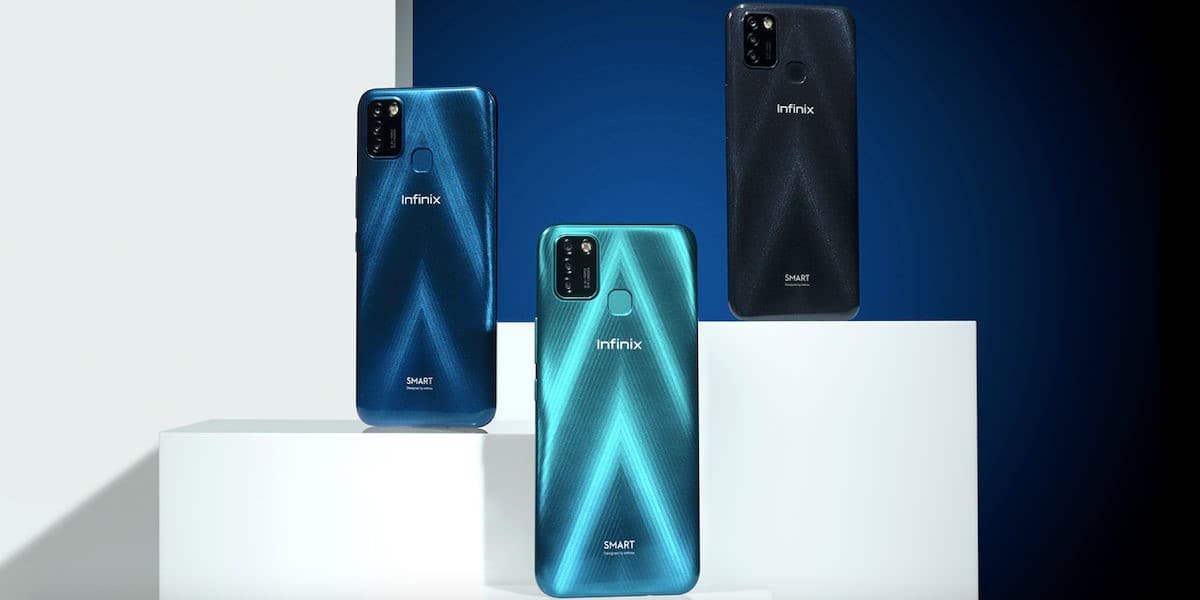 If you’re looking for a mid-range smartphone that’d give you a good deal of satisfaction from usage, then you really should be looking at these two devices.

They both come at very fair prices and offer competitive features.  But, in the end, you can only walk away with one of them except you want to own two midrange devices or are planning to buy one for your mum this mother’s day.

Yeah! Just in case you had no idea or had forgotten, it’s around the corner so you might want to start planning for it.

We understand that it’s very likely for you to be torn in between your decision to get either of the two devices.

Hence, we have highlighted the pros and cons of both of them in this article to help you decide which one’s perfect for you.

Let’s start with the display of SMART 5 vs. Samsung Galaxy A02.

This is one of the top 5 factors that affect buyers’ decision to purchase a smartphone. Interestingly, both smartphones seem to be equally matched in terms of display.

The Infinix Smart 5 and Samsung Galaxy A02 both come with a 6.5” inch display with 720 x 1600 pixels, which is quite fair for their price range.

While the major specifications of these devices – in terms of display – are the same, there are a few underlying differences that might affect their functions and output.

For instance, the Samsung Galaxy A02 uses a different type of display known as the PLS IPS display. Basically, it’s the same as Smart 5’s IPS LCD display.

However, it’s different in that it is manufactured by Samsung themselves and they argue that it offers a better viewing angle and 10% more brightness.

But there’s one thing that places the Infinix Smart 5 slightly over Samsung’s A02 and that’s the screen to body ratio.

This measures the degree to which the display extends through the front of the device and has a high impact on aesthetics and viewing pleasure. 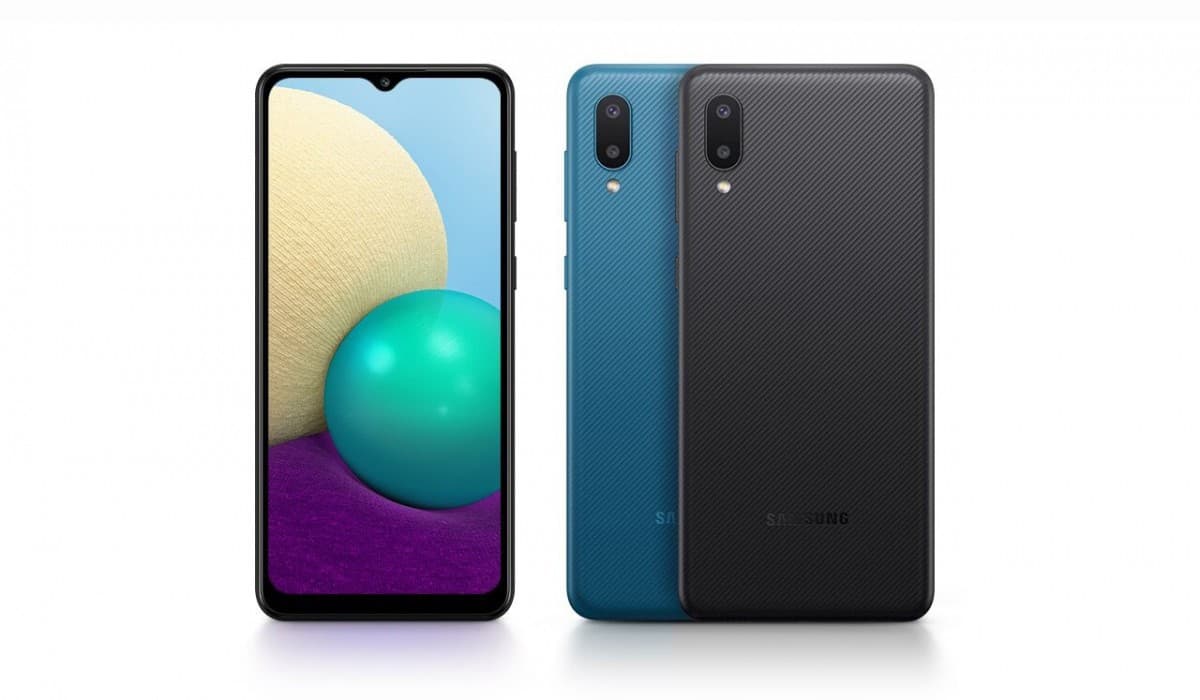 Today, fingerprint sensors have become a must-have on devices. Either rear-mounted or side-mounted, it has become the most accepted unlock feature for smartphones.

Running close to it is the facial unlock feature. However, many maintain reservations for the feature as it has proven to be far less secure.

Fingerprint sensors make unlocking devices a lot more seamless. Hence, users are most times on the lookout for it.

If you’re one of such users then you might be picking the Infinix Smart 5 in this area.

The Infinix Smart 5 comes with a rear-mounted fingerprint sensor while the Samsung Galaxy A02 has none of the modern unlock features and relies on password and pins alone.

The processor works at a clock rate of 1.5GHz. Compared with the Smart 5’s processor, there’s a wide variance in performance level.

The Infinix Smart 5 uses a more powerful 2020 model MediaTek MT6761D Helio A20 processor which works at a clock rate of 1.8GHz.

Gamers will certainly enjoy a much better gaming experience using the Smart 5.

Samsung is popular for its unique camera features and performance and they take a huge leap forward in the rear camera section with a 13M + 2M dual camera compared to Infinix’s 8M + QVGA camera.

However, for night photography, it uses only one LED flash while Infinix brings three to the party.

This might result in the Infinix Smart 5 having better outcomes at night. 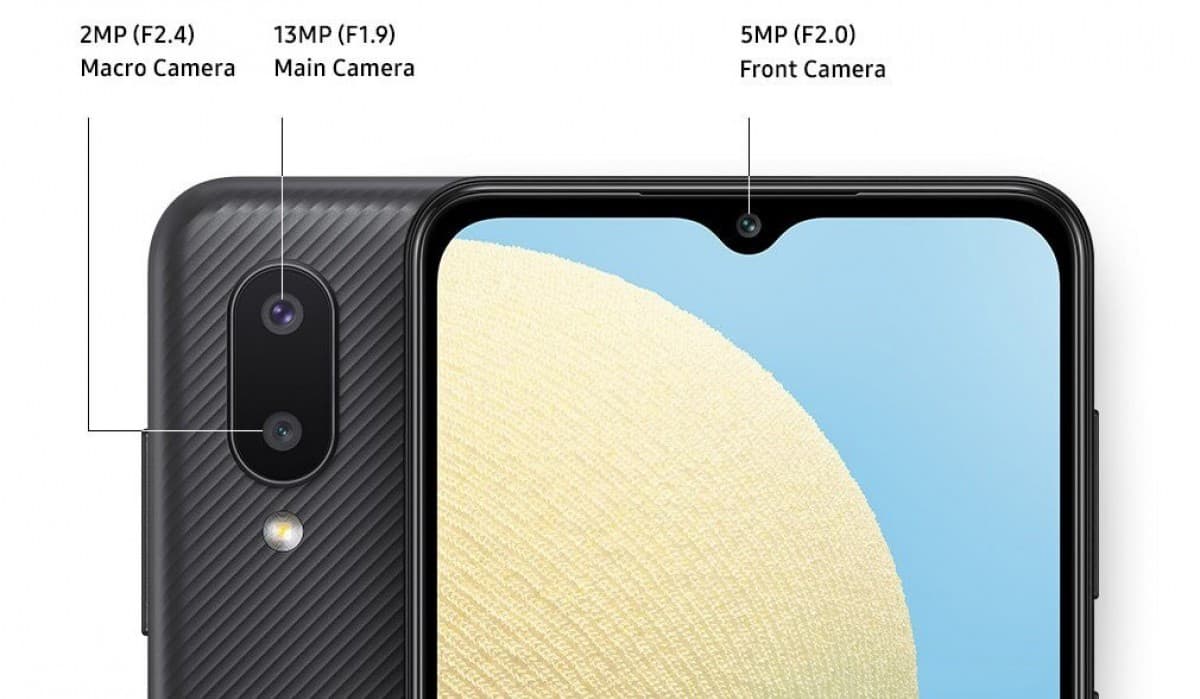 The Infinix Smart 5 uses an 8MP selfie camera, supported by DUAL-LED flash for night pictures, while on the other hand, the Galaxy A02 comes with a 5MP camera with no support for front-facing LED lights. 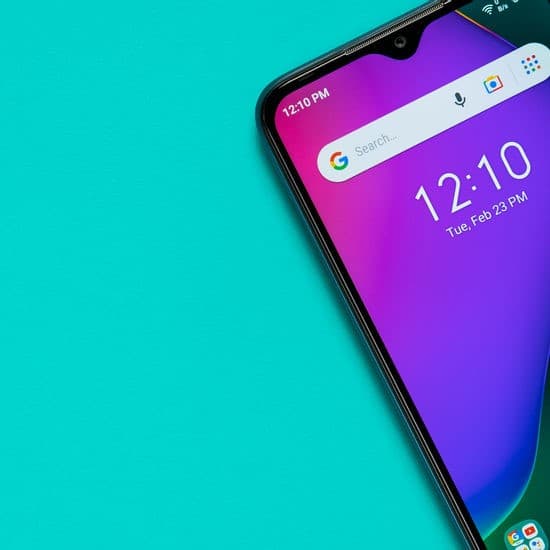 Both the Infinix Smart 5 and Samsung Galaxy A02 offer 5000mAh batteries. I guess they both understand the importance of strong batteries to smartphone users.

Both devices should be able to last users for a whole day and manage the next depending on how they’re used.

Now that you know the strengths and limitations of both devices, I guess you’d be able to pick from both which best suits your needs.