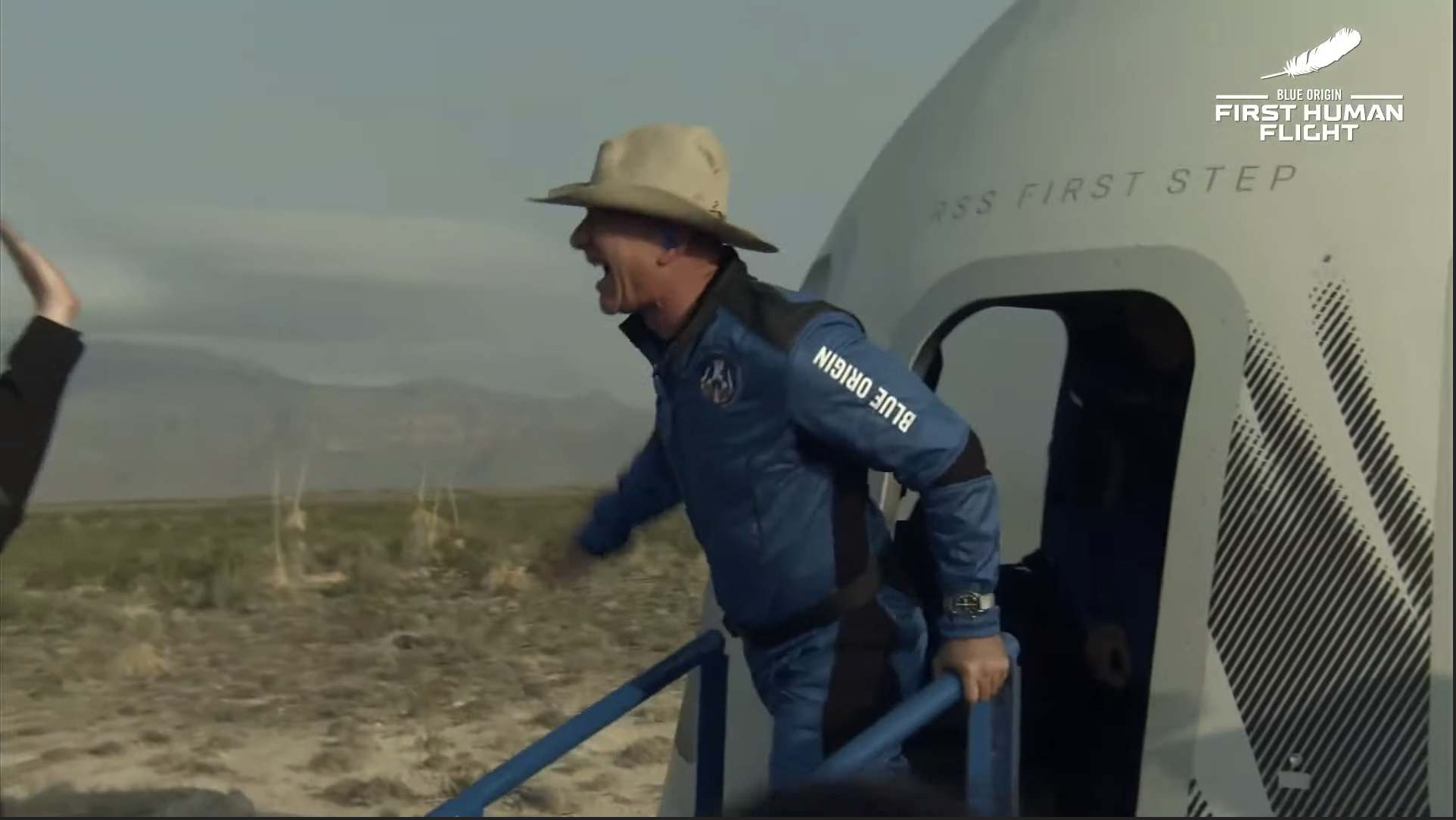 Bezos and the three other astronauts left Earth aboard the rocket at around 2: 12 pm on Tuesday, July 20, 2021.

Their rocket lifted off at 2: 12 pm Nigerian time (09:12 EDT) from a private launch site near Van Horn, Texas. 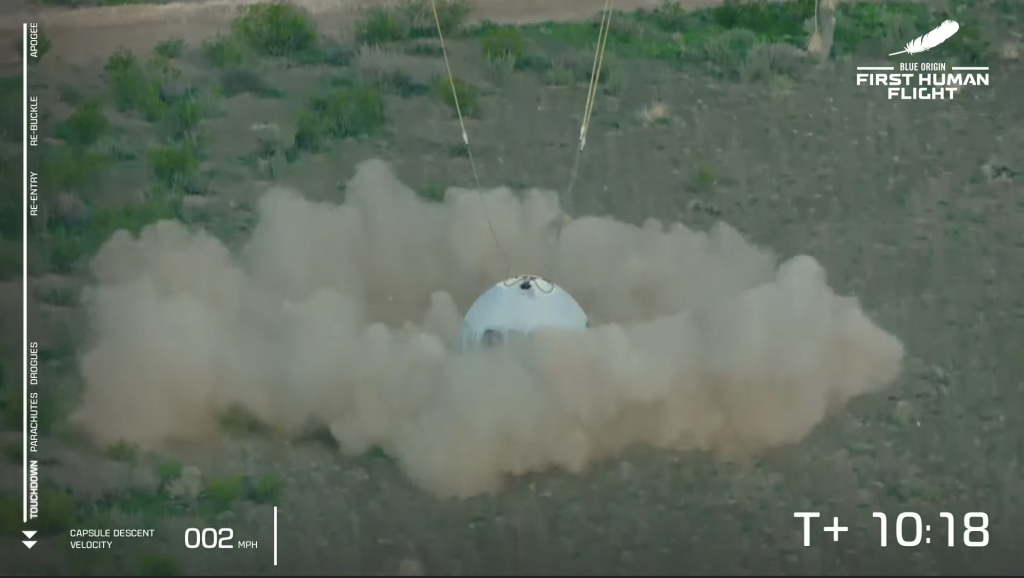 Jeff Bezos, three other astronauts return to Earth from space

After about 11 minutes, they parachuted back and touched down at the West Texas desert.

The other astronauts who went to space with Bezos were his brother, Mark Bezos, an 82-year-old pioneer of the space race Wally Funk, and an 18-year-old, Oliver Daemen.

While Oliver Daemen is the youngest person to ever go to space, Wally Funk today became the oldest astronaut to go to space.

Joes is a billionaire too.

Watch Bezos and others fly to space and back to earth below:

The New Shepherd is the first human crewed flight and built by a company founded by Bezos himself.

Blue Origin took months and years to specially design the Shepherd rocket to carry out the mission and for space tourisms.

The windows provided stunning views of the Earth.

How the flight went:

Bezos and the other astronauts had a beautiful view of the earth from above.

The capsule with big windows separated from the rocket and continued flying up about two minutes into the flight to space.

Their capsule headed towards the Karman Line, a boundary of space 100km up in the space.

At that altitude, Bezos and the other crew members felt no gravity force and so, became weightless for about four minutes.

At this point, they unstrapped from their seats to float in the non-gravitational air.

While up in the air, Bezos said, “Wally can outrun all of us. During the Mercury 13, she was better than all the men and I can guarantee that’s still true today.”

Also, Bezos’brother, Mark said after they touched down, “I am unbelievably good.”

Meanwhile,  Mrs. Funk who was among the group of women called the Mercury 13 that underwent training for space in 1960s but did not make it to space then, exclaimed, “Oh my word, look at the world.”

Jeff Bezos also said when their capsule touched down earth that, today is the “best day ever,” in his life.

Bezos came out of the capsule wearing his cowboy hat.

Interestingly, the struggle to land in space has sparked a trend many have dubbed the “Billionaires Space Race.”

Bezos is the second billionaire to land in space this month, as the first billionaire in the tussle was Sir Richard Branson.

Do you want to go to space? Here is what to do:

Also, the announcement followed the number of people who bided to go to space today.

While 7,600 people from 159 countries registered to bid for the space travel, the four are the first batch to have visited space.

It announced after the successful launch today saying thus:

“We are selling tickets. Obviously, the first ticket was done via auction but we are chatting with our customers that participated in that auction. But if anybody’s interested, send us an email — astronauts@blueorigin.com — and we’ll have a conversation, because we want to get people up to space and get them up there soon,” Blue Origin’s head of sales, Ariane Cornell, told CNN Business’ Rachel Crane.”

How To Register For Google And Maliyo Mobile Games Developers Trainings