At some point in human history, TVs were known to mount heavy behinds. Sadly, at the time, these TV sets – although bulky – could only project black and white imagery. So much for size and potential.

However, as humans, our insatiable cravings and resolute minds have led us to a plain where nothing is impossible – or, taking a leaf from Adidas’ commercial slogan – impossible is nothing!

On Monday, LG unveiled its transparent TV during a presentation at the all-digital CES 2021 conference. Whether on or off, you can see through this newly revealed TV set. Quite frankly, we found it to be very fancy.

In LG’s presentation clip, its transparent TV emerged from the foot of a bed. Of course, where else would you rather have it? You surely wouldn’t want your kids running straight through your high priced TV set. Oh, what damage that would be; to your kids and even more, to your heart.

These days, it’s not so easy to depart with money. Seeing it being blown into the wind due to some reckless child’s play would surely break your heart.

Thankfully, LG found a nice positioning for it; one that helps avoid casualties.

The TV screen – like a transparent sheet of glass – protruded from the foot of the bed and stretched as wide as 55 inches. And, at full stretch, you could still see the pieces of furniture behind it.

With tech like this, you can create the illusion of having fewer objects in a room when there is in fact “more than the eyes can see”. 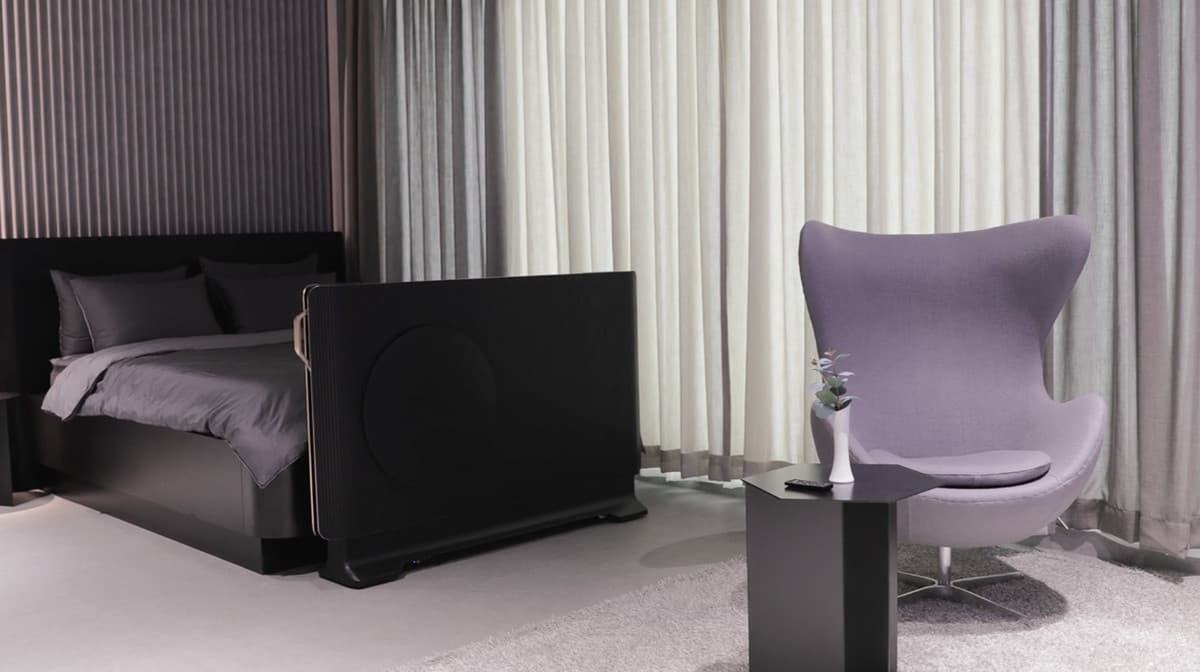 What does that do for you? Well, interior designers would tell you that going minimal most times creates an effect that’s quite easy on the eyes. If you’re looking to avoid clutters in your space, this TV could get you halfway there.

CES has been a testing ground for several unconventional technologies over the years. During previous CES events, we’ve seen foldable TVs, highly interactive ones, and other modular ones that are up to 292 inches wide. However, LG took things a little further with this invisible tech.

ALSO READ: Samsung TVs Will Now Be More Accessible to Those with Disabilities In 2021

It’s quite important to point out that transparent TVs aren’t entirely new. In August last year, Xiaomi launched its transparent OLED TV. However, this one had a visible circular base.

Although it’s still a cool tech, it eliminates the possibilities of creating that illusion of having lesser objects in the room. And that is one of the major perks of having a transparent TV in the room.

A few years ago, Panasonic also debuted its transparent TV set. It was, however, not commercially available until December last year.

Currently, Panasonic’s transparent TV is now available in Japan and Asia-Oceania and should be moving to other territories in due course. 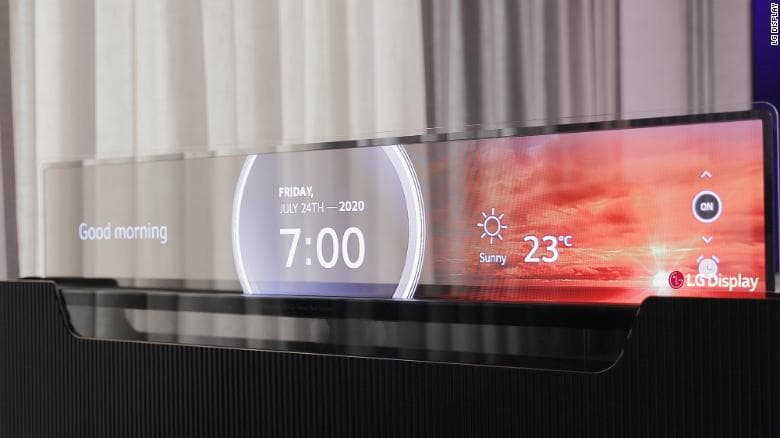 Use cases for transparent TVs – How would you use them?

At first thought, one might easily conclude that the use cases for transparent TVs are limited. They seem like a largely unnecessary and overly priced commodity.

However, industry specialists and tech analysts opine that in due course, more need for such inventions would emerge.

Market research Analyst, James McQuivey opines that “for now, the major use case for tech like this will be commercial.”

McQuivey is the foremost analyst tracking and defining the power and impact of digital disruption on traditional businesses at Forrester where he works.

According to him, “Environments like shopping malls, art museums and high-end restaurants will want to display technology that can be unobtrusive when it’s not supposed to be the centre of attention.”

Restaurants could use this kind of TV to display menus creatively. McQuivey pointed out that in the future transparent displays will gain more appreciation.

Also, they’d be more likely to become home appliances as they become more affordable and efficient.

LG is already bating luxury apartment owners with its promotional video. Showing the TV rising out from a bed shows how elegant and equally safe the technology could be within homes.

What do you think about transparent TVs? Would you buy one if it’s pegged at $5,000 or slightly higher? We’d like to get your feedback and further interact with you. Let us know in the comment section below.