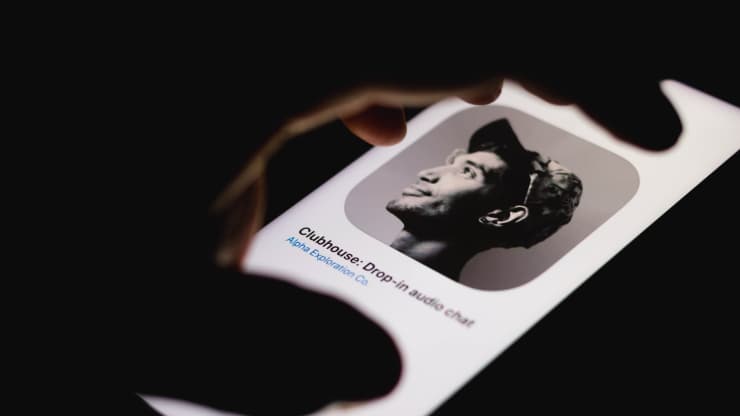 Clubhouse said the new messaging feature allows users to talk to each other via text messages while on the app.

The new feature allows users to interact one-on-one or in a group text format.

This is coming after many months of the app lacking a text feature.

Recall that Clubhouse was initially launched as an only audio-based app in April 2020.

The app had no video, pictures or text-based chat rooms.

So, users would initially log into the app and meet live, virtual rooms where they see a list of participants.

Also, when users then click on a room, the audio switches on and they begin to hear conversations there.

But participants could only send in audio conversations and no texts.

However, since its entrant into the social ecosystem, Clubhouse has seen the number of its users surge.

Also, the Covid-19 pandemic and the lockdowns declared across the globe further led to the growing number of clubhouse’s users.

In just one year of its launch, Clubhouse users grew into millions, compared to when other social medial apps were launched.

It also reported that since launching on Android in early May, it has added 8 million new users.

Early in 2021, in February, Clubhouse saw a peak of 9 million installations of the app by users.

Clubhouse’s CEO, Paul Davison, had said in May that Clubhouse had one million new users when it launched Android version.

ALSO READ: Clubhouse Launches On Android After Over A Year Of Existence

He added that “millions more people are on the waitlist.”

Davidson however, said Clubhouse needed to carefully add new users to prevent a decline in app performance and user experience.

Need for the new Feature:

However, many users seemed to be partially disappointed on getting to the app as there was no text feature.

While other social media platforms like WhatsApp and Telegram have text features, Clubhouse was only audio-based.

The number of monthly app installs worldwide then began to decline.

It declined by millions — from a peak of over 9 million in February to as low as 900, 000 installs in April.

Meanwhile, because of the number of the app’s users and demands for the text feature, Clubhouse finally launched Backchannel.

Before the launch however, Clubhouse accidentally leaked Backchannel to some users who updated the app on iOS and Android devices.

The leak, therefore, had made the users to further expect the new update.

The audio-based social networking app, therefore, launched the text feature yesterday on both Android and iOS.

“My hat? Tipped. My mic? Flashed. My messaging? Direct. After we unintentionally leaked their feature 5 times, here’s our beloved engineering team introducing the new Clubhouse Backchannel.”

It has an optional inbox for message requests.

A user can chat with Clubhouse friends even after the room ends.

As a speaker, you can now plan and organize live chats.

A speaker can also take questions in form of texts.

A host can decide, using the Backchannel, who to call up from the audience.

Backchannel allows you to chat with your co-hosts and take questions from people via text.

As a listener, Backchannel allows you send text-based questions during conversations in the room.

You can also chat with your other friends in the audience any time you’re in a room.

You can send messages to them as the feature has an optional inbox for message requests.

A listener can do so by tapping on the airplane icon or by swiping left to access the chat thread.

On the app’s text feature, you can also message the people that are not on your followers’ list.

You just have to navigate to their profile and click the paper airplane icon to the left of the follow button.

Note that users can turn off message requests from people they don’t follow.

So, a message sent to non-follower is subject to their approval.

Therefore, you message will appear in the Request Tab of the recipient who is not following you.