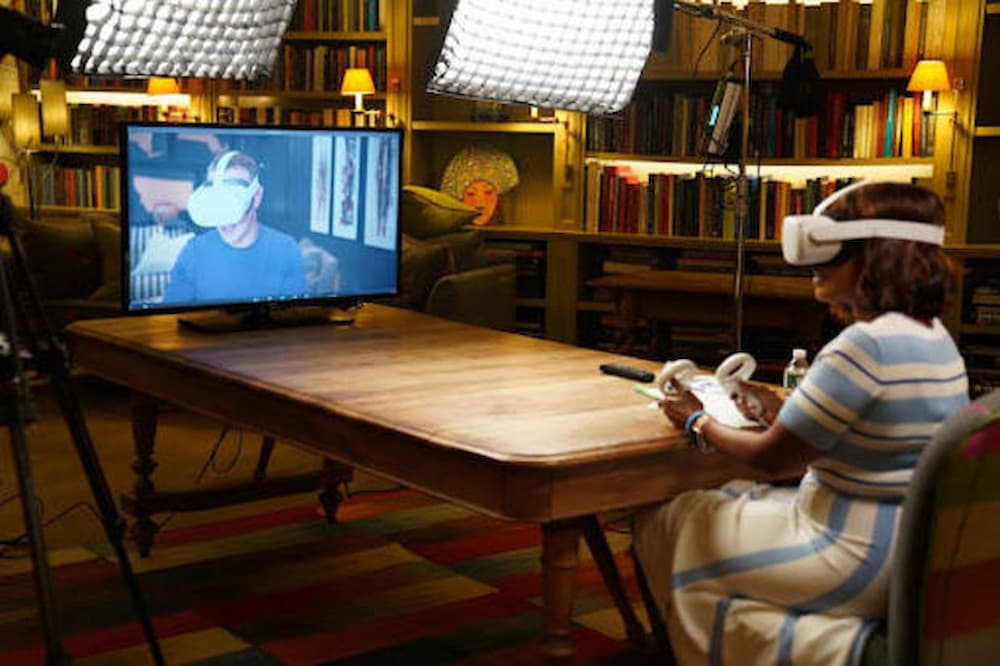 Facebook has launched a Virtual Reality Remote Work App that allows users hold meetings as Avatar versions of themselves.

The company announced this on Thursday, calling the App, Horizon Workroom.

This means that it is free for all Facebook’s Oculus Quest 2 Headset users.

The app makes users feel like they are sitting together around a conference room table and having meetings.

Facebook’s CEO, Mark Zuckerberg said he wants an immersive system where people could feel like being together playing games.

Facebook said, “Workrooms is our flagship collaboration experience that lets people come together to work in the same virtual room, regardless of physical distance.”

“It works across both virtual reality and the web and is designed to improve your team’s ability to collaborate.”

What you need to understand:

The Covid-19 pandemic and other more deadly variants have continued to make companies work remotely.

However, with many people now working remotely, there has become less physical connections among them.

Although many video conferencing and chat apps abound, like Zoom, Google Meet and WhatsApp platforms, they have limitations.

Meanwhile, imagine you are thousand kilometers away from your office and you have a meeting in 20 minutes.

Also, imagine getting bored having conference calls or chats with colleagues where you just see yourselves in a box-like template.

Well, Facebook says you don’t have to feel that way again.

The social media company wants you to have a cartoon-like version of yourselves sitting together and having your meetings.

Facebook, by this development, wants to integrate its hardware, virtual reality units and gaming to form a “metaverse.”

“I expect people will transition from seeing us primarily as a social-media company to seeing us as a metaverse company.”

Zuckerberg said, “…five years from now,…people will think about us primarily as a metaverse company.”

The social media giant also said in June that its team will work on metaverse as part of its Augmented Reality (AR) and Virtual Reality (VR) group.

Stephenson used the term in his 1992 novel, “Snow Crash.”

In the novel, people put on virtual reality headsets to interact inside a game-like digital world.

Basically, Metaverse is like real-life internet where you are inside the network instead of just looking at your computer connect to it.

It is a virtual-reality space where users can interact with a computer-generated environment and other users.

Broadly, it involves blending the physical world with the digital one.

Facebook says metaverse is “a virtual environment where you can be present with people in digital spaces.”

Zuckerberg added saying, Metaverse is “an embodied Internet that you’re inside of rather than just looking at. We believe that this is going to be the successor to the mobile Internet.”

“I think of the metaverse as the next generation of the internet.”

Facebook’s Horizon Workroom allows users to represent themselves in a meeting with cartoon-like versions of themselves. 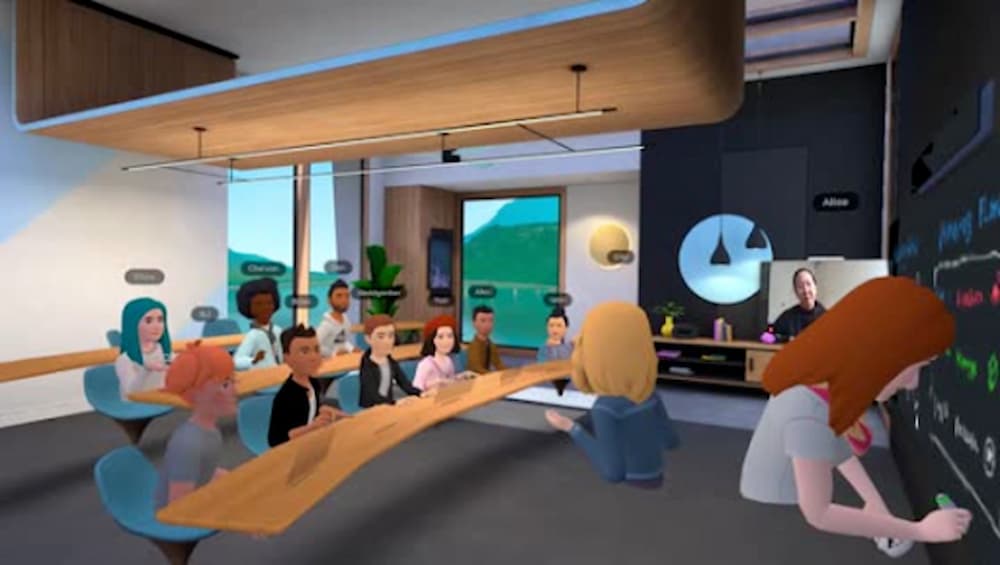 With Horizon Workrooms, you can enter and experience a virtual reality office as personally designed avatars.

In the workroom, you can see your computer screen and keyboard, interact with your co-workers, brainstorm and give presentations.

Also, users can even conjure up a virtual version of their workplace to wherever they are, say at a beach.

The app allows up to 16 participants virtually sitting together around a virtual conference table and having their meeting.

It also allows up to 50 participants to join but via video calling.

Horizon Workrooms allow users to switch back and forth from virtual reality to web conferencing.

Facebook explained that “It works across both virtual reality and the web and is designed to improve your team’s ability to collaborate.”

The users can share thoughts via virtual Whiteboards or documents.

Also, participants can choose to interact with their own physical desk and computer keyboard if they want.

They can also design their avatars’ looks and use hand gestures, which will appear in the virtual room.

“It basically gives you the opportunity to, you know, sit around a table with people and work, and brainstorm and whiteboard ideas,” Zuckerberg explained.

“For people who can’t be there through virtual reality, they could just video conference in.  So you can include everyone. But it’s this pretty amazing experience where, you know, you feel like you’re really right there with your colleagues.”

How to use Facebooks Horizon Workrooms:

Meanwhile, Facebook stopped sale of the Oculus Quest 2 headsets over reports that it causes skin irritation.

The recall notice said it affected about 4 million units in the U.S.

With Facebook’s Horizon Workroom, you will soon be able to host virtual parties on Facebook where you see virtual friends.

Horizon Workrooms transport people to digital settings that feel real, such as a nightclub.

Friends, including you can also dance virtually and it will look as if its real life.

Also, you can now test and wear clothes on Facebook virtually.

You can even walk around a shop and buy groceries virtually on Facebook.

People can even begin to have virtual lands for sale while other buy.

Horizon workrooms will help you stay back in your less expensive city and work in expensive ones.

This development will also give people more freedom to live where they want.

How To Extract Audio From YouTube Video: 5 Easy Ways