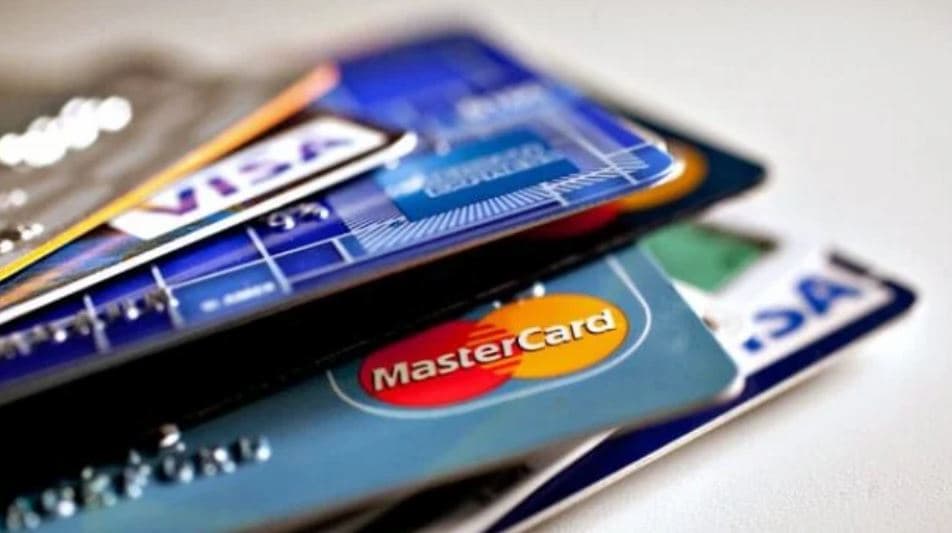 This means that you can no longer make payments for your international transactions using First Bank’s Naira denominated dollar cards.

Fist Bank is not the only bank suspending international transactions on their Naira denominated cards. There are others too.

However, before we dive into how this suspensions affect you, it is important that you know the other issues this report treats which include:

Meanwhile, it is imperative that you know why both First Bank and other financial institutions are suspending cross-boarder payments on their cards.

Why First Bank Is suspending International Transactions on Naira cards:

First Bank said it is suspending cross-boarder payments on its Naira cards because of what it described as “current realities on foreign exchange.”

“Due to current market realities on foreign exchange, you will no longer be able to use the Naira Mastercard, Naira Credit Card, our Virtual card and Visa Prepaid Naira card for international transactions. This will take effect on 30 September 2022,” it said in a statement to its customers.

What is the realities on foreign exchange?

The CBN Governor, Godwin Emefiele, told the banks to go get foreign exchange from exporters to give their customers who are importers, instead of coming to it to generate the foreign exchange.

“The era is coming to an end when, because your customers need $100 million in foreign exchange or $200 million, you now want to pack all the dollars and pass it to CBN to give you dollars,” he had said.

“It is coming to an end before or by the end of this year.

“We will tell them: don’t come to the Central Bank for foreign exchange again. Go and generate their export proceeds.”

Consequently, First Bank told its customers to use its dollar denominated cards for international transactions.

Check Out Also: Here Are 5 Best Virtual Dollar Cards In Nigeria For 2022

READ ALSO: Register For Your Permanent Voters’ Card With These Simple Steps

“Please use your Visa Debit Multicurrency Card, Visa Prepaid (USD) Card and Visa Gold Credit Card to continue transacting abroad with limits of up to $10,000,” it said.

Now you might be asking: What is the difference between the two card systems?

Difference between Naira Dollar Cards and the Dollar denominated cards:

This means the naira card has naira while the dollar card has dollars.

What it means is that if you are using a Naira card and want to buy a PS5 on Amazon, the dollar equivalent of the naira you have in your naira card would be deducted, factoring in the exchange rate at the time of transaction.

But if its the dollar card you are using, the payment would be as is, since no exchange rate would be calculated.

The money being deducted from your dollar card is in dollars. So, you don’t have to pay exchange rate which a Naira card user pays to exchange Naira to Dollars for the transaction.

Meanwhile, other banks too have either suspended or placed spending limits on their cross-boarder card payments.

Yeah, First Bank is not the only Nigerian bank that will or has suspended international transactions on its Naira denominated cards.

Other banks that have stopped international transactions on their cards are
Standard Chartered Bank and Wema Bank.

The announcement by First Bank is coming just few weeks after some virtual dollar card service providers in Nigeria stopped the services.

Among those that stopped virtual dollar card payment services are Barter by Flutterwave; crypto exchange, Busha; Nigerian fintech startup, Vesti and other fintech companies like Payday whose headquarters are in Canada and Rwanda and Ugandan-based Eversend.

Recall that these fintech platforms suspended their virtual dollar services following “an update from our card partner, which will cause the card service to be unavailable for an extended period of time,” statement by Barter had said.

The card partner is Union54.

While Barter shut down on the 16th of July, 2022, Vesti announced it was shutting down virtual dollar services two days earlier, specifically on the 14th of July, 2022.

Why Virtual Card Services remain suspended by some providers:

The virtual dollar card services which the affected fintech companies stopped remain shut down as their partner has not resumed services with them.

Why? Here is why:

Flutterwave is meant to be one of Africa’s largest fintech companies and as such, should be issuing its own virtual dollar cards.

However, Flutterwave depends on other fintech platforms for its card issuance.

But following the recent suspensions, virtual dollar card services remain unavailable over issues which experts believe are related to fraud and chargebacks on the cards.

What are chargebacks and fraud on virtual dollar cards?

Chargebacks are complaints customers lodge when they didn’t get value for transactions they initiated via the cards. Such customers then ask for refunds – chargebacks.

Similarly, fraud is a situation whereby someone uses a card to authenticate transactions without authorization.

Consequently, it then becomes fraudulent chargebacks when such customers try to secure refunds even when they got value for their transactions. Its fraudulent when they reach out to the issuer/bank to initiate the chargeback process.

To sort out these issues of frauds and chargebacks, Union54 whose API all the fintech platforms operate on to issue virtual cards, withdrew its services to the fintech companies.

This further resulted in the fintech companies suspending virtual dollar card services because their operations depend on Union54’s API.

So, when Union54  decided to suspend the services, all the partner fintech companies equally shut the services.

Meanwhile, ever since the shut down of the virtual dollar card services by the fintech companies, Nigerians have continued to face stiffer challenges in transacting across the boarder.

While some Nigerians have long looked for alternative services for cross-boarder payments, the Naira denominated dollar card systems by traditional banks in the country was a choice many others stayed with.

But, like the virtual dollar card system, the suspension of the naira dollar card services by traditional banks like First Bank, further compounds the problem for Nigerians.

This implies that Nigerians who previously used either the virtual dollar card payment system or the Naira denominated dollar cards for international transactions are now in for hot soup!

Implications of How this affects you:

What this implies is that you can no longer pay for international transactions like shopping on Amazon with the Naira cards.

Also, you will no longer be able to pay for Twitter or Facebook ads or pay for Grammarly.

Likewise, there is no more Ali Express shopping for you.

You will not equally be able to pay for your Netflix subscriptions with the Naira denominated cards by the banks.

This development has made paying for international transactions very difficult.

However, even if you find alternatives, you will have to pay more than you would have.