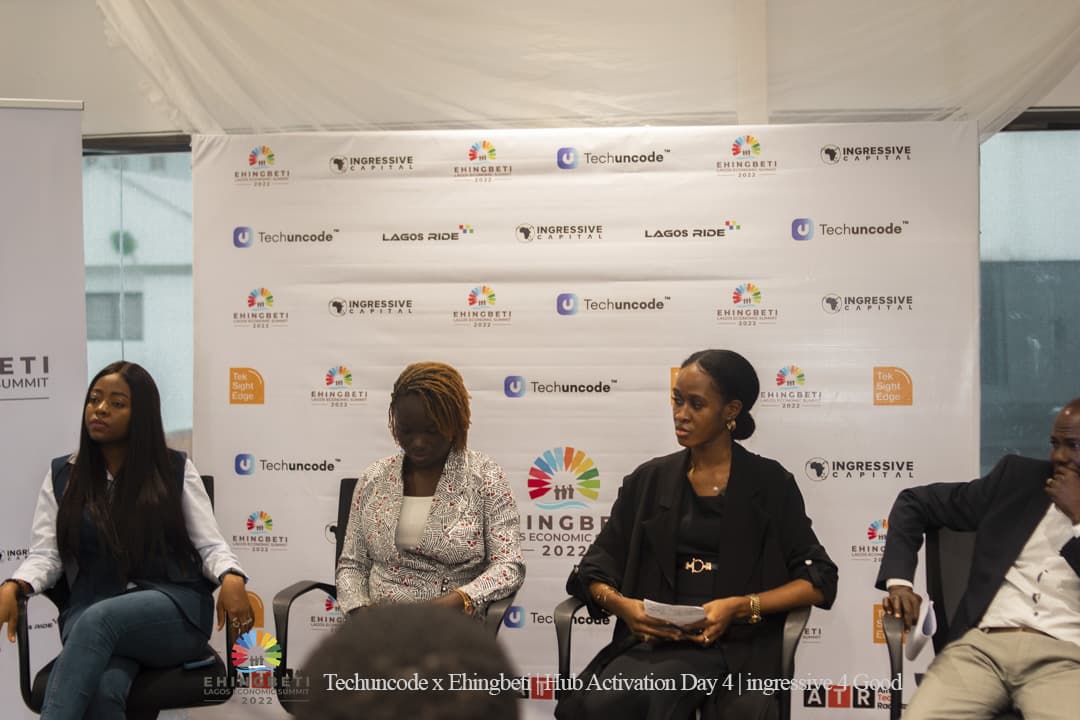 Among the issues of great concern to stakeholders in the Nigerian financial sector are those of tech integration, financial inclusion and mistrust. Although the traditional processes still form a larger part of the processes by some big financial operator – like the traditional banks- others who have fully integrated tech, like fintech companies, have a dent of mistrust on them.

These formed part of the discussions at the hub activation powered by the best and widely read technology platform in Africa, Techuncode in partnership with one of Nigeria’s innovative tech hubs, the Ingressive Capital.

Present at the discuss to rob minds together and suggest innovative solutions to the above challenges were experts from the financial, tech, and eCommerce sectors. It is noteworthy to say that the recommendations by these experts are key to solving the challenges raised.

The discussion was one of the hub activation series, themed “Facilitating Commercial Growth and Financial Inclusion with Tech.” It was organised by Techuncode and Ingressive Capital to usher in the 2022 Lagos State Economic summit called Ehingbeti.

Representing the government and the honourable commissioner for commerce, industry and cooperation was Mr Dayo.

Ayobami Olajide, Fund Analyst at Ingressive Capital, moderated the session which held both physically and virtually and had way over 100 participants. 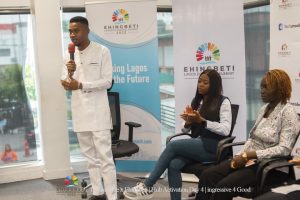 Diving into the topic, the experts established that technology is pivotal in ensuring financial inclusion.

According to them, Technology is what drives financial inclusion.

However, inclusion can only take place when people are willing and able to embrace technology in financial system.

They also discussed the need to build trust among the people.

According to them, “we live in a low-trust society.”

Mr Dayo, a representative of the ministry of commerce, industry and cooperatives said thus: 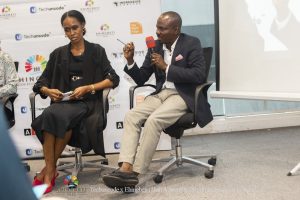 According to him, the government is working on favourable policies, especially with fintech organisations on the need to build the confidence of people with financial institutions.

Also, he adds that the government is working to implement policies that guard against financial fraud.

Speaking on the increase in cooperative societies and how the government is putting checks and balances, he says the government will develop an insurance policy.

Also, the government will be sanctioning those who go against the policies.

In his words “There is an insurance mechanism put in place against fraud.”

He also reveals that “There are over 60,000 cooperative societies’ incentives in the state.”

According to him, to create more financial inclusion, “we need to create awareness and educate more people to use technologies.”

Also, financial institutions should build friendly applications (easy to use)—building technologies based on our peculiarities. 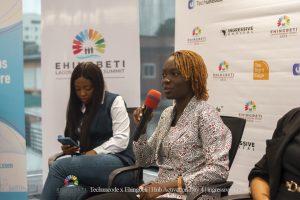 “You can not remove technology from financial inclusion.”

She referred to how mobile money has grown and has made it easy for people to send and receive money.

She also stressed the fact that technology is closer is solving the issue of financial mistrust.

She iterated the need for financial trust as one of the issues traditional banks need to have.

And it is also the reason many banks are now leveraging mobile money to be able to reach people.

Also, she said to build trust, traditional financial institutions should use tech to their customers in the way they want it.

“As technology complements financial inclusion in our society, they should look for a way to reach people in a way they can understand.”

One of the suggestions she gave to this is that they can use the grassroots level to reach people.

Also, they can use AI and Data to reach people. 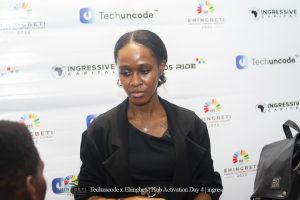 According to her, for financial institutions to buy trust, “they have to infiltrate the community. That is, you need to relate with them in a way they can understand.”

She said this will help in building trust among the people.

Also, they need to arm customers with needed information to enable them use their services better.

“Stakeholders need to come together to leverage technology to expand financial services not just in Lagos but in other states.” she adds.

According to her, financial institutions should look for the needs of digital natives and provide solutions in the way that they want.

And there should be a consideration for banking the unbanked.

Also, she added that Financial technology platforms should be built on bottom lines.

Still speaking on ways to drive financial inclusion, she identified that there is a serious lack of education on why people need a pension and insurance plan.

Therefore, financial platforms should create more awareness and tell the story of why. 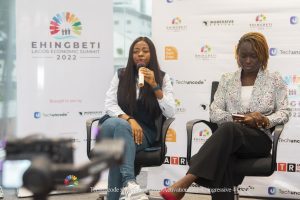 According to her, the subject of financial inclusion cuts across banks and fintech companies.

She reiterated the fact that we live in a low-trust society.

And so, “people need to be convinced about the services you are going to offer them.”

In her words, to drive financial inclusion, banks and fintech should “make everything about their solution to win the trust of the people.”

Another thing she mentioned in driving inclusion is partnering with other financial sectors.

Also, she spoke on the need to build more financial solutions in the state.

“The people who will build will build technology solutions in the financial space will come from underserved communities.” she said.

She also added that people need to be taught how to use these technologies.

Some of them don’t have the ‘will problem’, according to her, instead, they lack the ‘how solution.’

Ingressive capital is a venture capital firm that is committed to supporting the upcoming generation of innovators within the African clime.

The company targets a 10% ownership in early-stage tech-enabled businesses to help them upscale. Its CEO, Maya Horgan Famodu, is reckoned to be the youngest black woman to launch a tech fund and the youngest person to do the same in Sub-Saharan Africa.