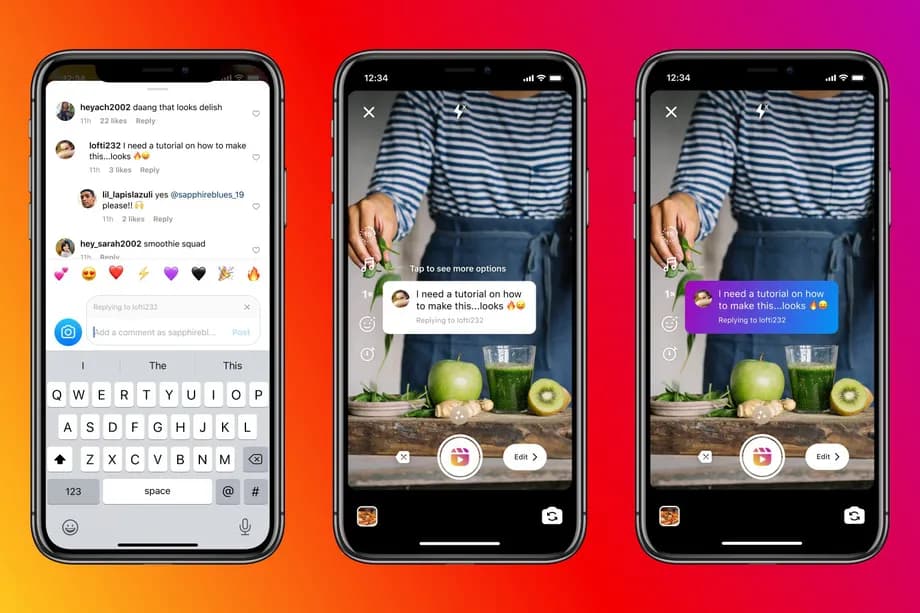 Instagram would be adding another familiar feature, Reels visual replies for users on its platform.

The feature would allow users to visually reply to reel videos, therefore adding the ability to reply to a video.

So if a user comments on your reel video, a creator can tap on the reply button and add the comment as a sticker into a new reel.

While doing this, they can edit the sticker, take it to any side of the screen they want or change the colour.

The feature would make the creators interact more with their audience.

Many users commented on the announcement, referring to it as a clone feature of TikTok, as TikTok lets you reply comment with a video.

However, the feature would only be for Instagram reels and not ordinary videos or pictures shared on the platform.

ALSO READ: Instagram Would Be Introducing NFTs For Its Users

Since the launch of Instagram reels, the additions and changes that have occurred to the feature have been TikTok like.

When comparing the two platforms, they are starting to look really similar.

Although, there are still differences like the maximum playtime for each platform.

TikTok raised its maximum playtime to three minutes from one minute, while Instagram reel playtime is just a minute.

Some similarities include the duet feature on TikTok, which allows users to remix videos posted.

Also, both platforms have the text to speech feature and a voice effect feature.

Although, these features were first initiated on TikTok before Instagram introduced it to its reels.

Recently, Instagram has been releasing a series of features on its platform.

It said it would be introducing NFTs to its platform.

With a feature like Reels visual replies, many creators can engage better with their audience.

And give them the content that is in demand.

Switch To Android App: Easy Way To Transfer Data From iOS To Android