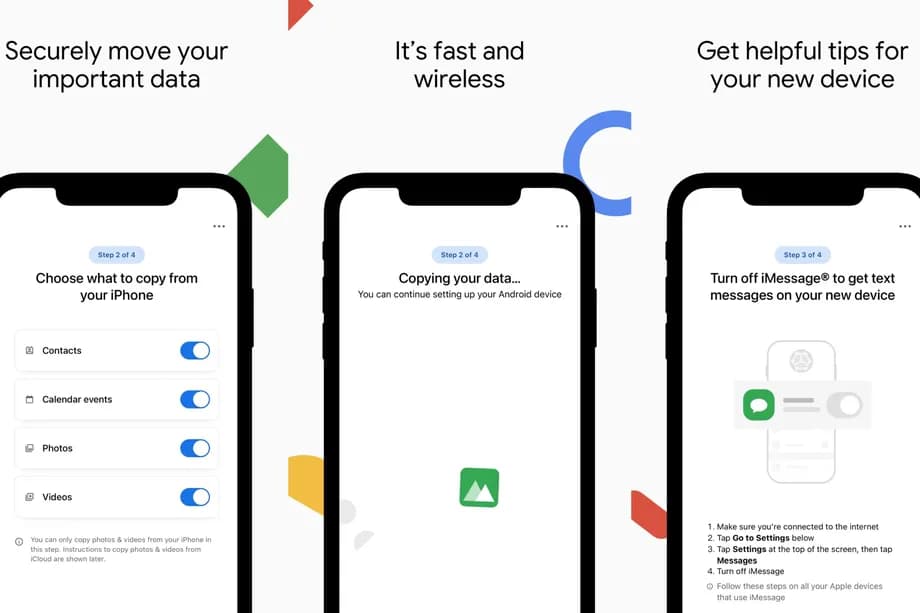 Previously, what was available to people was backing things to their Google Drive, downloading it, or plugging in a cable.

iPhone users would be able to transfer their photos, videos, contacts, and calendars.

However, the app didn’t mention it is capable of transferring messages.

This means the app won’t be able to transfer messages from your iPhone to Android.

But users can turn off iMessage, a unique messaging app for just iPhone users, so they don’t miss out on messages from their friends and loved ones.

When the app came to view, the Switch to Android app was unlisted on the App store.

Users could only access the app for installation through a direct link.

Media platform Techcrunch has said that Google will be rolling the app pretty soon to all its users.

Google has confirmed through Ivy Hunt that the rollout would only take a week.

However, it will only be launching for Pixel device owners for now.

Pixel phones would need to have an update that allows the app to work on the phone, delaying the release.

After the app is ready, it will be available in the markets where Pixel phones are sold.

Once a pixel user downloads the app, it would be able to initiate a transfer by popping up a QR code on the iPhone.

Then your Pixel can scan and begin to upload whatever data (contacts, pictures, videos and others).