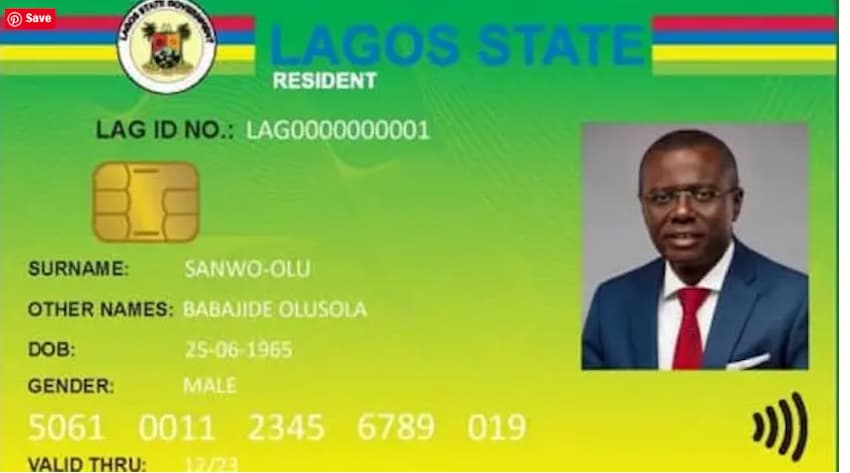 Lagos resident ID card for payments, loan applications and other benefits is fully operational in line with the vision of the state government to make the state a smart city.

To remain relevant and benefit from the smart city initiative, the state government has unveiled an upgraded smart card for all residents.

According to her, the state government will inaugurate the new Lagos resident card in all five divisions of the state.

She revealed that users of the cards can make multiple payments for different services using the cards.

She said, “The new LAG ID card will be launched on Wednesday, July 20 by the Lagos State Governor, Mr Babajide Sanwo-Olu at the Police College, Ikeja GRA and it will be launched simultaneously, across the five divisions of the State: Ikeja, Badagry, Ikorodu, Lagos Island and Epe.

Features of the card:

The new card has a lifespan of 10 years, unlike the old one which has lesser span of years.

The old card has a five years life span.

Also, the card has some applets that enables it work with many services and payment systems.

Likewise, it is a smart card as it contains smart technology that makes it relevant in today’s tech world.

“The old identity card was made of plastic and very limited in functionality. So, holders of the old card need to upgrade because the lifespan of the card has been changed from 10 years to five years. This is to allow for flexibility to onboard more features and expand usability because of fast-changing technology trends.’’

“The new card is embedded with more features and functionalities to offer the card holders wider and faster access to services provided by the Lagos state government.”

The Lagos resident ID card will first serve as a valid means of personal identification for all Lagosians.

The new card has more embedded features and functions.

The Lagos ID Card also has 28 applets for different services which includes the following:

you can use it to apply for loans from the Lagos State Employment Trust Fund (LSETF).
The card users can use the Lagos resident ID card to make payment for BRT buses,
Also, you can use the card for ferry Services and Banks’ Automatic Teller Machines (ATMs).
The card also serves as a means of personal security and identity verification at points of procuring government services.
Other benefits of the Lagos resident ID card is that drivers can use it in processing their driver’s licenses.
Additionally, the card holders can use it in filing of tax returns.
Lagos Resident ID Card Pre-enrolment portal:

The Lagos state Residents Registration Agency boss said Lagosians can pre-enroll for the smart card through the agency’s portal.

According to her, you can  visit the portal,  www.lagosresidents.gov.ng to pre-register.

After enrolling for the ID card, you will then head to the nearest Registration Station located across the State with Proof of Address and Identity for Biometric Capturing.

According the the GM, the process is seamless, fast and free.

So, intending card holders do not have to pay any money to get the cards.

Also, the process does not take time hence, one can quickly register for the card even while on the way to work.

Why the Lagos resident ID card is important:

The card will serve as a valid means of identification.

With this smart card, Lagos can reduce crime as it can help in tracking offenders.

Also, it will serve as a means of further increasing the state’s IGR.

The Lagos resident ID card will place the state among global communities where technology is greatly integrated in the system.

Lagos will be leading other Nigerian states in launching out as mega city and become competitive among global countries.