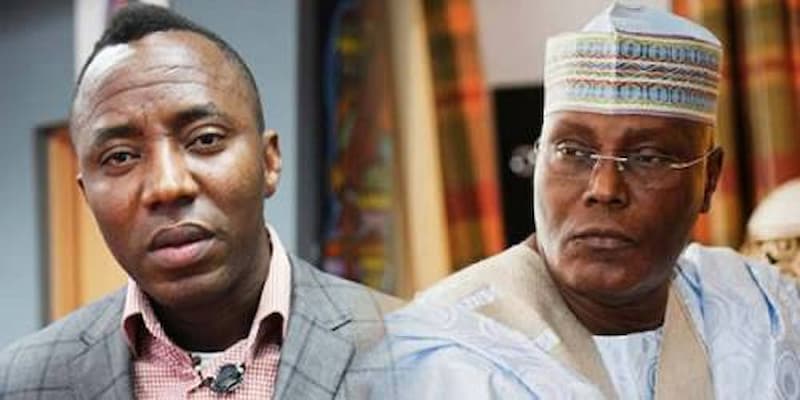 National Grid has collapsed again for the sixth time in Nigeria, throwing more people into darkness. However, this time around, the national grid collapse has  prompted Atiku and Sowore to set Twitter on fire as they cast blames and proffer solutions. Meanwhile, many other Nigerians have equally thrown themselves into the fray.

While this is the sixth national grid collapse in a year, the fifth was in June.

Moreover, the national grid first collapsed twice during April of 2022.

The frequent collapses are causing huge loses on Nigerians and politicians, including Atiku and Sowore have joined other Nigerians to decry the development.

This is, however, not without heating up the Twitter street with blames and possible solutions.

But before we look at fray, let us hear what the DisCos are saying about the sixth national grid collapse.

Wat they are saying:

The Eko Electricity Distribution Plc, apologised for the collapse, in a statement to its customers via Facebook.

“Dear Customers, we regret to inform you of a system collapse on the National grid at precisely 11:27am today, Wednesday July 20th.

ALSO READ: National Grid Collapse: What You Should Know

“We are in talks with the Transmission Company of Nigeria to ascertain the cause of the collapse and a possible restoration timeline.

“We will keep you updated on the situation.”

In a similar development, the Kaduna Electricity Distribution Company informed its customers of the collapse.

“We regret to inform our customers that the power failure currently being experienced is as of the collapse of the National Grid which occurred by 11:28 this morning.”

“We hereby assure our esteemed customers of restoration of normal power supply as soon as TCN restores supply to us.

“We sincerely regret the inconveniences caused by the system failure.”

“Please be informed that the current power outage is due to a system failure from the National Grid.”

“The system collapsed at about 12:23 p.m. today, 20 July 2022, causing the outage currently being experienced.

“We appeal for your understanding as all stakeholders are working hard to restore normal supply.”

The electricity distribution companies, DisCos, announced on Wednesday, July 21st, 2022, that the sixth national grid collapse occurred at about 11:00 a.m.

Therefore, during national grid collapses, the distribution companies fail to get the electricity to distribute to the people.

Businesses and health facilities as well as other facilities that require electricity to function shut down during national grid collapses.

As the country’s electricity continues to meet challenges, Nigerians are looking for solutions to the electricity troubles.

This is when Atiku and Sowore tried to come in, raising debate on the Twitter street.

In a series of tweets, Atiku decried the continued national grid collapse, enumerating things he would do to fix the electricity challenges for good if he emerges president of the country.

Due to the priority that I place on the power sector upon which the successes of other sectors are hinged, I am proposing innovative financing of infrastructure that will involve the facilitation of a review of the financial, legal, and regulatory environment

to promote private investment in power, among other sectors.

I’ll promote the incentivisation, with tax breaks, a consortium of private sector institutions to establish an Infrastructure Debt Fund (IDF) to primarily mobilise domestic and international private resources for the financing and delivery of large infrastructure projects

across all the sectors of the economy.

The IDF will have an initial investment capacity of approximately US$20 billion.

In addition, I’ll cause the creation of an Infrastructure Development Credit Guarantee Agency to complement the operation of the IDF by de-risking investments in infrastructure to build investor confidence in taking risks and investing capital. -AA

But Sowore countered Atiku’s claims,  accusing him of failing to solve the problem when he was in government under then president Olusengun Obasanjo.

The National Electrical grid collapse started when you and Obasanjo invested $16 billion to procure darkness for Nigeria, the @MBuhari regime came to gazette grid collapse as a law. Alhaji @atiku, don’t pretend that you care about the National Grid! #WeCantContinueLikeThis

Keep in mind that both Atiku Abubakar and Omoyele Sowore want to be Nigeria’s president.

Meanwhile, tweeps who joined the fray tweeted as follows:

Atiku, u & the present govt, plus 99.99% of Nigeria leaders created the problems Nigerians are battling with on a daily, when u were a VP ur govt did nothing to ensure steady electricity; Besides u are literally friends with the APC govt so what u on about. Y’all are the same.

$16B went in the drain for this same purpose when you and OBJ were running Nigeria, so don’t pretend like you care.

BTW, why are you media shy? Why don’t you grant interviews and tell us your plans to our faces? Shey English language dey hard you?

Peter Obi has gone to Egypt already.
They have already briefed him on how to go about it at the cheapest cost.
He will do it better sir.

Sir, don’t even go there…. in your sisteen years of ruling and eight years of direct VP with your boss sir, what did the 16billion dollars do in our power history with due respect sir? It is better to mute on issue that u have caused in d past sir… when issue with

Your party sold out NEPA/phcn to your cronies and the result of that incompetent policies is what you have come to Twitter yo talk about.

Alhaji Atiku is talking on his own as a presidential candidate. Yele can you come up with your own solution to the problem, instead of criticising him. Afterall, you are also a candidate or you don’t have any agenda or solution to our problems ?

Or you don’t have anything to offer ? Peter Obi is talking , Alhaji Atiku is talking and Asiwaju also doing the same. So please we want to hear from you too and not just sit here and be fighting everyone .

Meanwhile, the Nigerian government has blamed the Transmission Company of Nigeria, TCN, over the recurring national grid collapse.

Here Are 5 Best Virtual Dollar Cards In Nigeria For 2022