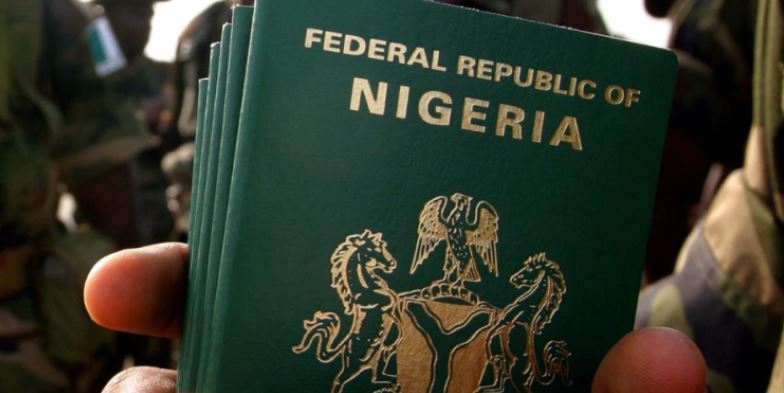 Nigerian International Passport has been ranked the 103rd most travel-friendly document in the world.

This is against 116 countries’ international passports.

This is according to a recent global ranking of the most-friendly passports in the world.

A global citizenship and residence advisory firm, Henley & Partners, made the ranking.

The advisory firm is in London. The firm gives advisory tips to travellers, bodies and governments.

Henley & Partner is a global passport ranking firm that rates countries’ passports according to the access they provide to their citizens.

Meanwhile, the ranking firm updates its information in real-time throughout the year.

It also updates its information to accommodate any countries’ changes in to their visa policies.

Meanwhile, through its Henley Passport Index arm, it ranks countries’ passports based on exclusive data that the International Air Transport Association (IATA) provides.

Sadly, it ranked the Nigerian international passport poorly compared with those of other African countries.

According to the ranking, a Nigerian passport only guarantees visa-free access to only 45 countries on earth.

So, while the Nigerian international passport scored 45, Ghana scored better with 84.

Meanwhile, the Nigerian travel document is just friendlier to have compared to worst countries like Iraq, Afghanistan among others.

The ranking lists the following countries’ passports as the worst to have in the world.

Although these countries have visa-free or visa-on-arrival access, they are the worst travel documents to have.

The worst performing passports are those with less than 40 scores.

Meanwhile, the ranking firm places US, Singapore, Japan and the European Union nations in top ten.

The countries with best friendly international passports to have are those that scored between 182 and 192.

Top on the list are Japan and Singapore with 192 scores each.

Coming second are Germany and South Korea with 190 score each.

The third ranking international passports to have are those of Finland, Italy, Luxembourg and Spain.

Eight year earlier, particularly around 2014, the US and UK travel documents were more friendly.

However, currently, those countries’ international passports rank 7th in the world.

They now rank alongside those of Czech Republic, Norway, Malta and Greece.

Similarly, the international passports of Canada and Australia rank 10th positions with a score of 182.

According to the rankings, we see that the Nigerian International passport is less friendly than those of other African countries.

Sadly, Nigeria is only doing better than some countries who have political unrest in them.

This is evident in the number of videos of Nigerians who have taken to the social media to decry the ordeal they go through before obtaining or renewing their Nigerian international passports.

For instance, a Twitter user, Moe with handle, @Mochievous, lamented about the Nigerian passport thus:

“Traveling on a Nigerian passport comes with unnecessary difficulties. we need to do better with our foreign policy.”

Another Tweep, kenechukwu® with handle, @Echi_di_ime, narrated his experience with the Nigerian passport as follows:

“Xmas 2019,I Spent more than 7hrs with Immigration at Seychelles before they allowed me entry.”

“You will see other African passport holders passing without much delay but immediately they see that green passport they will start asking all manner of questions and unnecessary delays.”

Recently, a diaspora group, Nigerians in Diaspora Network (NDN), decried the difficulties Nigerian go through to get or renew their international passports.

NDU chairman, Victor Ojeabulu had said, “For some months, our people have not been able to obtain their Nigerian passport.”

While calling on President Muhammadu Buhari to intervene, the chairman added saying “a lot are going through hell; those working need to renew their passport for them to continue work.”

“we travel unimaginable distance sometimes across international borders to pay and be captured for the passport.”

“Thereafter, we are made to wait indefinitely on the ground that booklets are not available.”

“The racketeering that’s going on at the Nigerian Passport office is as brazen as it is mind-boggling.

“These guys are taking bribes of 20k on each “express application.”

“Not like Nigerian corruption surprises anyone, but Jesus Christ.”

What do you think about the Nigerian international passport?

Tell us so we can report it.

Find Out How Your Gmail Will Look From February

Meta Introducing Feature To Allow You appear As Avatar On Instagram