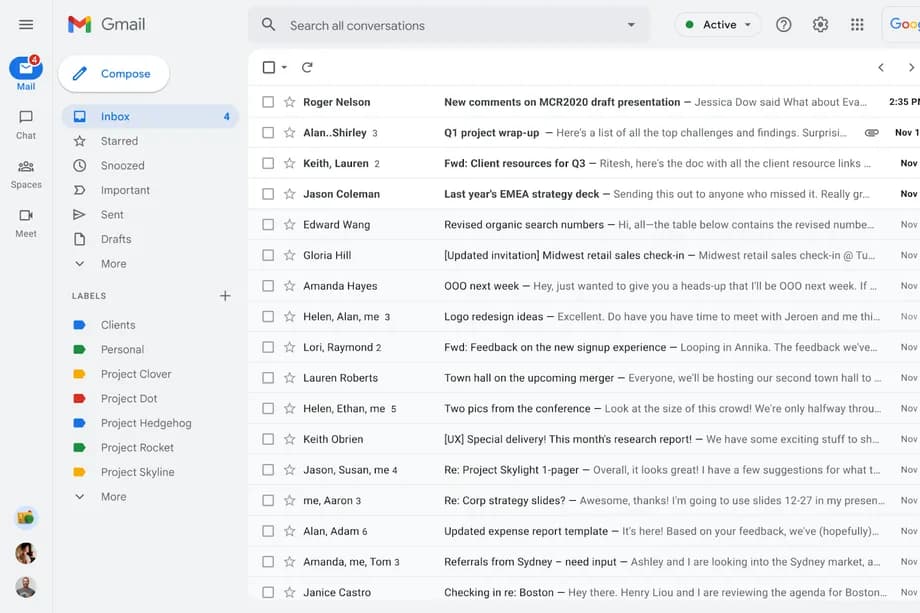 Imagine accessing all your Google chatting and messaging tools from one place? Google had made this possible with the new Gmail layout it is introducing.

It has announced that it will change its Gmail layout and integrate some of its messaging apps like Google Chat, Meet, and Spaces.

The integration would start in February, extending until the end of the year.

However, Google said it would be in default in April and at the end of Q2 of 2022, it would be the only option.

The feature would be released to help users access all other of its messaging platform from one place.

Previously, users needed to open a new tab to access each platform.

They didn’t really have a dedicated space on Gmail.

Google says the messaging and chatting platforms would have their own screen on Gmail with the update.

They would all be n the same interface, making users jump easily from one application to another without leaving Gmail.

ALSO READ: Where Will You Be This February 14th? Here’s A Suggestion

Where can you find the integrations?

Google says that they would be accessible in a large button format at the left side of the Gmail screen.

And so of the messaging platforms of your choice, you choose from the buttons of options provided.

From February 8th, Google would allow users to opt for the layout.

Once you have opted in, you can begin to view the new layout in your Gmail. 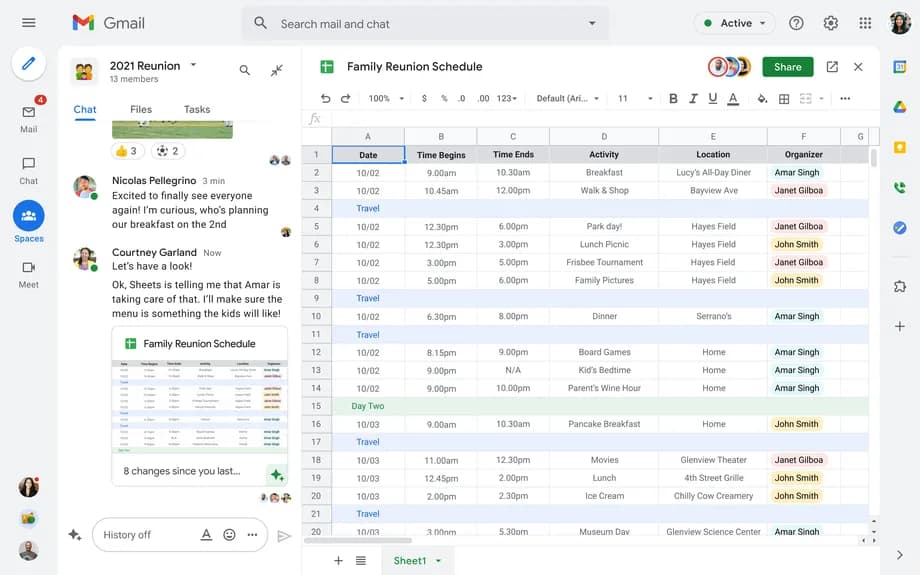 Other things to know the new Gmail layout

Google says that if users haven’t opted into the feature after April, it will prompt the user to do so.

After, if the person still doesn’t do so, it would switch the Gmail to the new layout.

However, Google doesn’t totally take power away from users; they can still switch back in the settings.

But at the end of the second quarter of the year, the new layout would be the standardized Gmail.

And so, the option would be taken away from users.

Additional feature setting by Google is that tools can be suggested for users if in need while in use.

An example is when a user has a list of your chats to the left and your mail to the right.

This way, they can multitask and attend to all that needs your attention.

And a notification bubble would pop up if your attention is needed on any of the tools.

With the present Gmail layout, it might seem somewhat difficult to manage meetings and chats.

Hence, the new layout would every useful for all users.

Especially for workspace users, they would get familiarised with the new integration.

And it would make working easier for them as they would be able to multitask and access Google tools from one place.

Related Topics:#business#SpacesFeaturedGmailGoogleGoogle Meet
Up Next

Google To Invest Another $1 Billion In India’s Smartphone Market