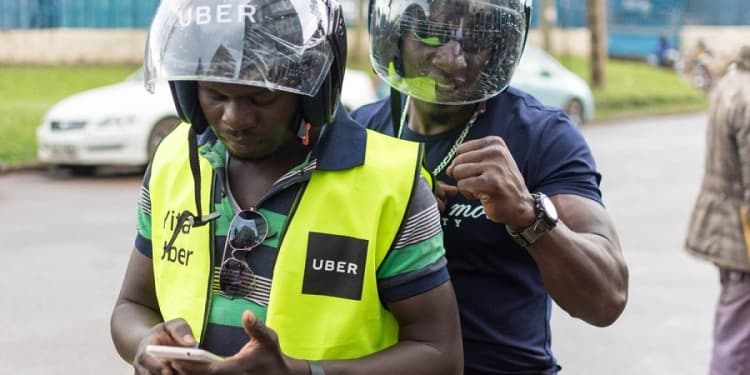 The transportation company Uber has launched its first bike hailing service in Nigeria.

However, the launch would be in Ibadan, Oyo state, the largest city in the country.

It would allow people to order for bike rides in the state.

Tope Akinwumi, the country manager, explained the reason for the launch.

She said that there is a need to solve transportation and mobility problems.

And to provide additional streams of revenue and opportunities to work for the people.

Tope Akinwumi, also explaining the new service, says that the ride would be as low as 100 naira upwards, depending on the distance.

Uber has existed in Nigeria for eight years.

And it has spread its service across five cities, including Lagos, Abuja, Ibadan, Port Harcourt and others.

Interestingly, this is its first bike hailing launch in Nigeria.

Over the years, it has launched its bike hailing service in various countries.

It launched the service in Uganda and even expanded to Kenya.

Also, it had launched its service in Thailand in 2014, but it didn’t last due to some country’s policies.

ALSO READ: Learn How Your Startup Can Qualify For Africa Tech Summit This Year

Why Oyo, why not Lagos

Even as the most populated and one of the largest cities, Lagos didn’t launch the ride-hailing service in Nigeria.

In the past, the home to economic and commercial institutions was the first point of entry of most services or products before launching out to other states.

Oddly, the launch of the bike hailing ride service was in Oyo.

Speculation says the effect of the 2020 ban must have resulted in the decision for the launch location.

What the Nigeria Government’s ban on motorcycles caused

In 2020, the Nigerian government released a new policy to stop mobilising motorcycles in Lagos,  locally known as bikes.

However, this didn’t sit well with Nigerians in the state, as many things were disrupted.

It resulted in a significant loss for bike hailing and logistic services like Opay, Gokada and others.

Many of the riders became unemployed, which affected their source of revenue and then their family.

Also, the roads were congested due to limited mobility, which affected other areas of life.

Workers and employees would run late to work, which directly affects the company’s performance and set goals.

Businesses were not left out; there was a problem with the delivery system.

The ban posed a threat to the lifestyle of Lagosians, and so it was somewhat lifted.

However, another reason for Uber’s decision might be joining the ride-hailing markets in the state.

In July 2019, Bolt launched its ride-hailing service in Ibadan.