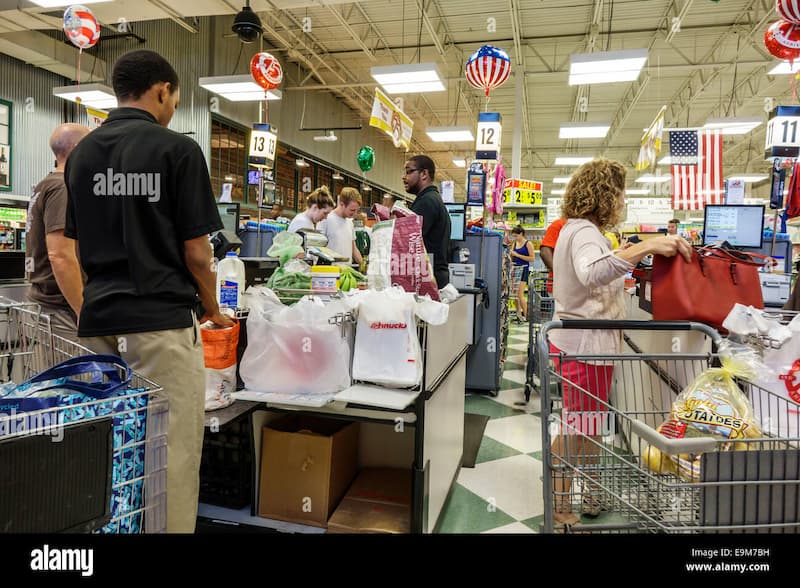 Meanwhile, shoppers are increasingly returning to shops in the United Kingdom, two years after the Covid-19 lockdowns took effect.

The United Kingdom Government had first announced country-wide lockdown on March, 23 2020 as a measure to fight Covid-19 spread.

However, two years on, the numbers visiting UK shops has increased by 7.8%.

This increase is in comparison to last week.

Why the increase in shoppers to shops:

Well known brands are losing shoppers as UK shoppers have rather turned to cooking from scratch at homes.

More than half of the United Kingdom shoppers spending on groceries is at 50.6%, up from just under half a year ago.

Also, cooking from scratch have remained more prevalent with the volume of flour selling at about 28% up against what it is in March 2019.

The rising figures is according to an analysis by the Springboard Central London Back to the Office benchmark.

The benchmark shows that footfall in central London was 11% up on the previous week.

Moreover, across many UK locations, shoppers are trooping to shops to get groceries and other items.

Data by Springboard indicates that high streets have about +9.8% of shoppers while retail parks have about +5.8% shoppers.

Although the number of shoppers has not reached the pre-pandemic figure, they are increasing well.

What they are saying:

“Last Wednesday marked two years since the beginning of the first lockdown and delivered positive news for UK retail destinations last week, which was helped by warm and sunny weather across the UK which lasted the entire week.

“Not only did footfall rise significantly from the week before across UK retail destinations as a whole, but there were strong rises in each of the three destination types.

“As is typically the case when we benefit from good weather, high streets benefited most with a week on week increase that was nearly double that in shopping centres and retail parks.

“There were rises every day in high streets and retail parks, and on five of the seven days in shopping centres.”

A survey by Kantar, United Kingdom shoppers are choosing to shop at discount supermarkets in greater numbers.

This is because, grocery price inflation is at its highest level.

Also, there is continuous mounting cost of living crisis for UK citizens.

According to the latest figures from the analysts Kantar, grocery price inflation reached 5.2% in March, the highest level since April 2012.

Consequently, shoppers are trooping more to Aldi making it have the biggest share of the grocery market to date.

Also grabbing big share of the market is Lidl which matched its previous peak.

Lidl clinches UK’s sixth-largest supermarket chain ahead of the Co-op with 6.4% market share while Aldi reached 8.6%, less than 1% behind the UK’s fourth-largest chain, Morrisons.

For Kantar, prices are rising for pet food and savoury snacks, such as crisps.

However, the supermarket says the same can’t be said for some products such as fresh bacon.

Conversely, Independent retailers are the biggest losers. They have sales down by 13.4%.

Morrisons and Asda took the lead of highest losers.

Although Tesco gained little so far, it has however, had sales still down by 5.2% over the three-month period.

Nevertheless, shoppers are returning to big stores after shopping locally increased during the lockdowns.

The covid-19 lockdowns forced people to look for cheaper shops to shop.

Although shopper are now coming out in greater numbers to shop, they are however going for cheaper shops.

Consequently, shops  promising discounts are making more while those relying on their brand popularity are losing.

Earn As You Learn: Apply For The Bulb Africa’s Tech Fellowship Programme