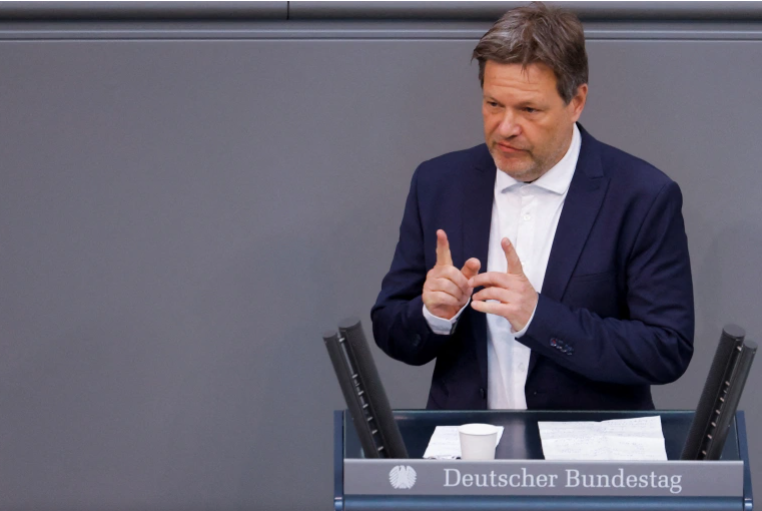 Germany has issued an early warning on possible gas supply cuts as the country refuses to buy gas from Russia with Rubbles.

Russia had announced that it would soon start selling gas to “unfriendly countries” in Rubbles.

Rubble is the Russian national currency.

However, Germany and other European countries don’t buy this development.

Consequently, Germany has said that it may not buy gas from Russia using Rubbles.

For this reason, it is preparing for possible shortage of gas in the country after Russia may stop selling to her.

Also, Germany has said it may start rationing gas usage for Germans so as to save more gas for consumption.

Germany gets about half its gas and a third of its oil from Russia.

Meanwhile, the German gas reserve is just at 25%, meaning that should Russia cut gas supply to Germany, the effect would be drastic.

Under an existing gas emergency plan, the “early warning phase” is the first of three steps by Germany to prepare the country for a potential supply shock.

The minister said, “Nevertheless, we must increase precautionary measures to be prepared for an escalation on the part of Russia.

“With the declaration of the early warning level, a crisis team has convened.”

Meanwhile, following the announcement by Russia, Rubbles gained and rose 3.5% to about 105 to the dollar a week ago.

Russia has taken a hit from unprecedented Western sanctions over events in Ukraine, what it terms a “special operation”, that started on February 24.

Before that, the rouble traded at about 80 to the dollar.

Putin made the announcement at a meeting with top government ministers televised on Wednesday.

He said Russia would start selling gas to “unfriendly” countries in roubles.

This was after a freeze on Russia’s assets by foreign nations had destroyed Moscow’s trust.

He had said, “Russia will continue, of course, to supply natural gas in accordance with volumes and prices … fixed in previously concluded contracts,”

Microsoft Nigeria Calls For Applicants For Its Agro Tech Hackathon