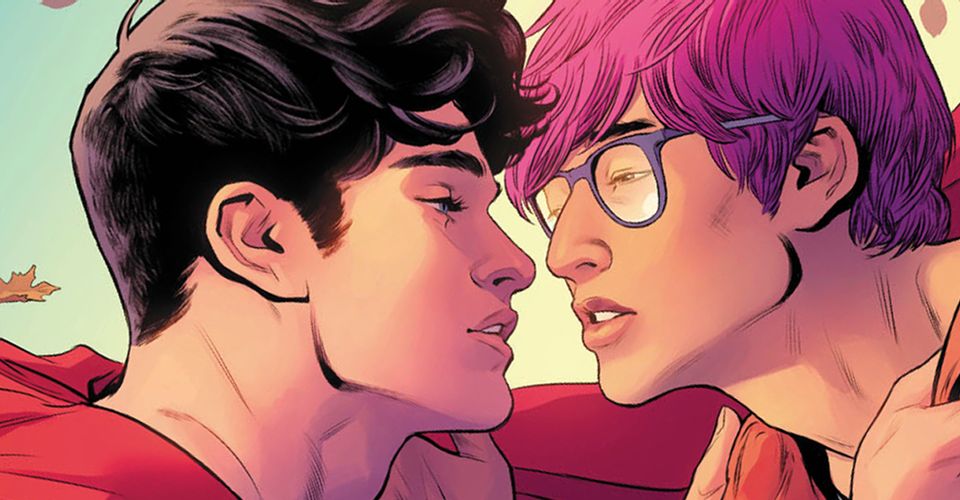 American comic book publisher, DC Comics, has said that Superman is coming out as bisexual.

The company said the bisexual Superman will present the life of Jon Kent, son to the original Superman, Clark Kent and Lois Lane.

In the new Superman series, which will be released on November 9, the new bisexual Superman of Earth will, like his father, fall in love with a reporter.

In this case, Jon Kent will fall in love with a male reporter, Jay Nakamura, and the duo would have a romantic relationship.

After initially striking up a friendship with reporter Nakamura, he and Jon become romantically involved.

The young man kisses reporter Jay Nakamura in issue five of the comic book “Superman: Son of Kal-El,” which will be released on Nov. 9.

Following a scene where Superman mentally and physically burns out from trying to save everyone that he can, Jay is there to care for the Man of Steel.

Writer of the story, Tom Taylor, said, “I’ve always said everyone needs heroes and everyone deserves to see themselves in their heroes and I’m very grateful DC and Warner Bros. share this idea.

“Superman’s symbol has always stood for hope, for truth and for justice. Today, that symbol represents something more. Today, more people can see themselves in the most powerful superhero in comics.”

“I’m incredibly honored to be working beside Tom on the Superman: Son of Kal-El series showing Jon Kent tackling his complex modern life, while also saving the world from its greatest threats, villains and menaces,” said artist John Timms.

“We didn’t want this to be ‘DC Comics creates new queer Superman,'” Taylor said. “We want this to be ‘Superman finds himself, becomes Superman and then comes out,’ and I think that’s a really important distinction there.”

“He is as powerful as hope, faster than fate and able to lift us all and he’s a very new hero finding his way, fighting things his father didn’t as much,” Taylor said, who wants this to be the new normal.