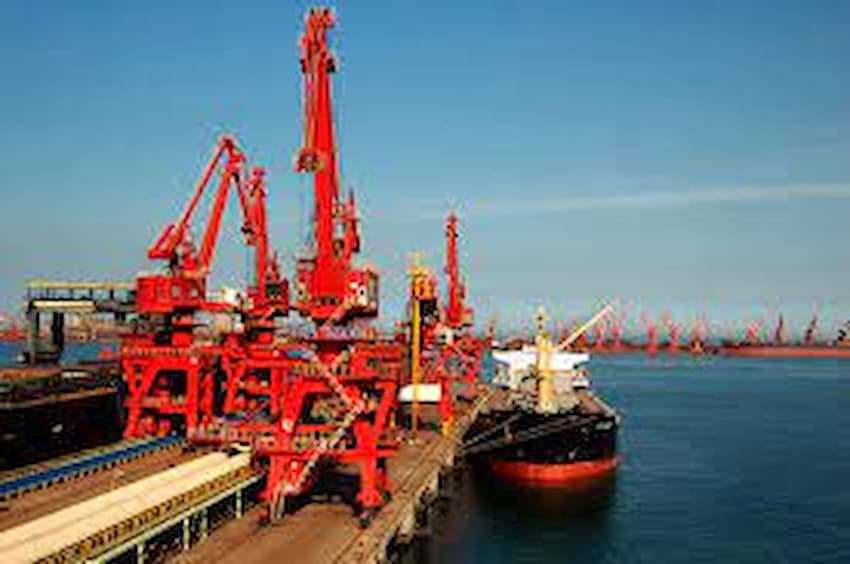 The development of the Benin River Port, BRP, will guarantee further development of Nigeria’s economy and diversification from oil to non-oil sectors such as agriculture other agro-allied businesses.

This is the summation of the Chairman BRP, Greg Ogbeifun, in a report to newsmen.

According to him, the BRP, apart from providing numerous job opportunities to many unemployed, will also position Nigeria to benefit from activities of the African Continental Free Trade Agreement (AfCFTA).

“BRP is a legacy project which is of historical and economic significance to the local communities, the people of Edo State, and Nigeria at large, and is aimed at contributing to the development of both the maritime and agricultural sectors, and creating massive employment opportunities in lifting the Nigerian economy.

“The project site is located at the confluence of Osse River and Benin River, making it the closest port to the sea after the ports of Lagos, at only 32km from the coastline. This proximity is a major attraction to shippers, as it reduces the sailing time of ships into the hinterland, along with the associated security risks. As part of the project, a double-lane dual carriage way Access Road is planned to be constructed to the Port through Ekewan Road and Gelegele, while a Railway link is being proposed from Agbor to the Port in future, to facilitate movement of goods from all over the country.

“The site has a vast expanse of available land of which over 700ha has since been surveyed and designated for the project by Edo State Government, including Topographic Survey of the Access Road, and Bathymetric Survey of the sailing Channel along Benin River, through the estuary and into the Atlantic Ocean.

“The project site was carefully selected in such a way to avoid having to relocate any community, and the host communities have been very supportive, and continue to show encouragement for the project. This had started with a very cordial and frank stakeholders meeting, which was followed with the recent award of fully funded scholarships to the first batch of indigenous students to study Maritime courses in universities overseas, who are expected to eventually return to join the workforce at BRP.”

He further noted that “the Draft Outline Business Case (OBC) for the BRP Project had been prepared by the appointed Transaction Advisers, CPCS Transcom, Canada, after an extensive research and study of the cargo and traffic throughput potentials, and the viability of the proposed port, amongst other considerations.

Some potential Investors have also been identified for financing of the proposed Public-Private-Partnership contract that would be secured under custody of the Infrastructure Concession Regulatory Commission (ICRC).

These activities will continue until the development of a Full Business Case (FBC), and attainment of a Financial Close, leading to commencement of actual construction works.

“The Benin City River Port (BRP) project is deliberately designed to address the deficiencies observed in all the other existing Ports in Nigeria, by making provisions for a total Port Community that encompasses integration of all necessary services, including adequate land area for Trailer Park, Agro-Industrial Park, General Industrial Park, Housing Areas, ail in addition to the Port Terminal Complex itself. The Agro-based focus of the BRP is to key into the Federal Government’s drive of diversifying the Nigerian economy from Oil & Gas into Agriculture.

“It would encourage a positive revolution in mechanized agriculture, and expand the export potentials in the sector, given the availability of a dedicated Port in Benin City, which is the hub of transportation routes from the northern, eastern, and southern parts of Nigeria to Lagos.

“Additionally, the strategic location and proximity of the BRP as the nearest Port east of the Lekki Deep Sea Port and the Dangote Refinery and Petrochemical Complex will serve as the most viable gateway port for transshipments and products evacuation for these facilities, BRP has recently interacted with these organisations, and they have both expressed eagerness as they look forward to the development of the Port.

“The BRP Project Management is currently engaged in positive interactions with the Nigerian Ports Authority (NPA), the Nigerian Railway Corporation (NRC), the Federal Ministry of Transportation, and the infrastructure Concession Regulatory Commission (ICRC) in respect of the project.”

He added, “Apart from the generation of massive employment opportunities during the construction and operational phases, it is expected that the Benin City River Port would also position Nigeria to benefit from activities of the African Continental Free Trade Agreement (AfCFTA), under which investment in Agriculture is a major consideration

How Over 8,000 Nigerian Youths Want To Decide Nigeria’s fate