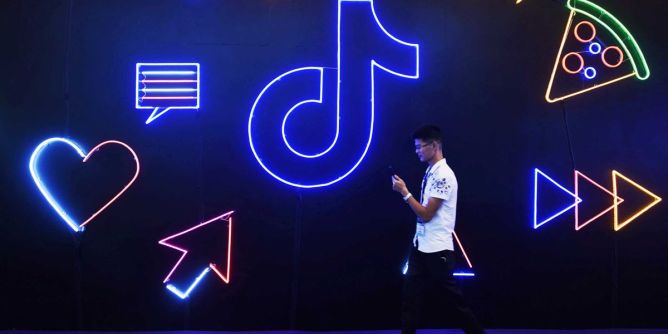 What is happening to TikTok?

TikTok is an app that youngsters and teenagers typically enjoy. The primary use is for entertainment and relaxation, Just like any other social media platform.

But lately, everyone is aware of the heat that TikTok has been receiving from the United States.

The application, TikTok, is harmless. Nonetheless, Concerns are rising from the fact that its parent company is Bytedance.

The core reason for the raised eyebrows is that the parent company is based in Beijing. The United States, therefore, has reasons to be bothered by this.

The Trump administration has very intense suspicions. They intend to have the part that concerns Americans taken out of ByteDance’s control.

TikTok to sell a part of its market to Microsoft

TikTok’s parent company ByteDance has intentions of selling off a part of its market.

This sparked off when President Donald Trump threatened to ban the social media video app in America. The fear is that the platform is sharing Americans’ sensitive data with the Chinese government.

Tiktok has continued to disclaim these allegations.

Microsoft, the popular technology giant, announced its plan with the US government on Sunday.

The company intends to acquire specific markets of the TikTok company.

Wang Web in, a foreign ministry spokesperson during a scheduled interview on Monday, said, “The U.S. side made this threat against relevant companies with the presumption of guilt while presenting no evidence.”

“This violation of market economy rules is no ‘fairness’ and ‘freedom’ as the U.S. chants and only serves to reveal its hypocrisy and double standards,” said Wang, according to an official translation of his comments. “It also runs counter to the WTO (World Trade Organization) principles of openness, fairness, transparency, and non-discrimination.”

Most individuals, just like James Lewis, believe that TikTok would not be the last bus stop that would be bothered by the Trump Administration.

Donald Trump’s controversial and problematic nature does not put a lot of things past him.

The Chinese multipurpose messaging, social media, and mobile payment application Wechat might be the trump Administrations next target. Based on Lewis’s analysis.

He put it in this manner, and we quote, “The level of risk is probably higher with WeChat because there are sensitive communications than it is with TikToks.”

You might not have paid attention or realized the issues between China and America, but the developments surrounding TikTok exposes a lot more risks than we might have imagined.