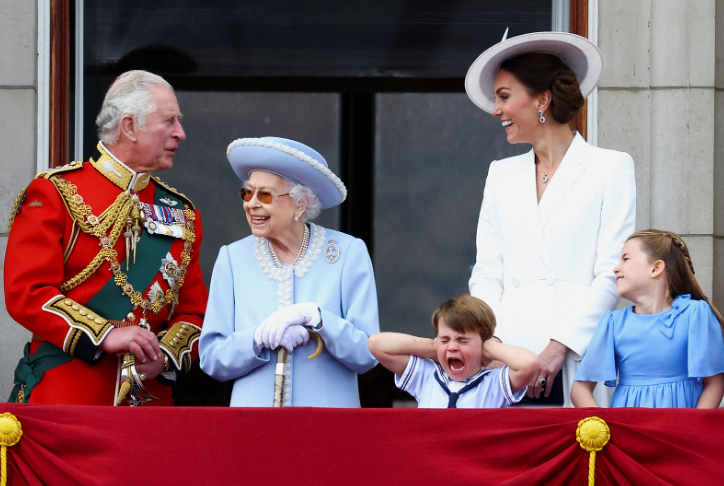 Queen Elizabeth II marks 70 years on the British throne this year but here is a timeline of technologies she embraced.

Ranging from the Colour TV, the Email technology through the advent of the mobile phone to the Computer and social media era.

Many technologies have emerged and met the queen while she reigns.

Although the monarchy was not initially open to many of the technologies, the Queen has embraced a good number of them.

But let us check out the ceremony marking the platinum anniversary.

To mark the occasion, the UK celebrates a four-day holiday weekend for the Queen’s Platinum Jubilee.

Thousands of people flocked to central London for the jubilee celebrations.

The celebration began with the Trooping the Colour which is the Queen’s birthday parade.

Then, the Queen and members of the royal family gathered on the Buckingham Palace balcony for the 70-aircaft flypast.

Then, there is the gun salute in London’s Hyde Park.

The Queen can be seen earing sunglasses while discussing with family members.

To her right stood her eldest son Prince Charles, together with his wife the Duchess of Cornwall. Meanwhile, on her left were the Duke and Duchess of Cambridge with their three children, Princes George and Louis and Princess Charlotte.

Meanwhile, the queen has seen many technologies emerge and equally embraced them too.

Technologies embraced by the Queen:

At 96 years old, the longest-serving Queen in Britain’s history celebrates seven decades on the throne.

In the course of her reign which still continues, she has seen many technologies come and stay.

From the “proliferation of color photography, the commercialization of television and the pervasiveness of the internet on screens big and small,” CNN.

Moreover, the Queen has become the first monarch in the nation’s history to

She recorded her first televised Christmas broadcast in 1957.

In the broadcast, Queen Elizabeth II spoke of the “speed at which things change around us.”

During 2020, the monarch took part in her first official video conference call.

This was as part of her public duties when she took other royal duties online due to the pandemic and social distancing.

She has equally seen the advent of the colour television, used the computer, mobile phones, the internet and social media.

The monarch allowed for the first time, television cameras inside Westminster Abbey, to film her coronation.

Also, she later made the UK’s first trunk call from Bristol when she spoke to the Lord Provost of Edinburgh 300 miles away.

Additionally, In 1976, the Queen became the first monarch to send an email during a visit to an Army base.

That was at the early stage of the email technology.

One year later, particularly in 1976, the Queen’s website, www.royal.gov.uk, was set up.

It was during her visit to Kingsbury High School in Brent, north west London.

Similarly, in 2007, the British monarchy launched its own YouTube channel on the site.

According to Standard, a U.K medium, the monarch “…personally uploaded a video to YouTube during a visit to Google’s London offices in 2008.”

Funnily, she once told Bill Gates In 2005, that she had not then used a computer.

So, as at 2005, the Queen seemed to be computer illiterate.

Also, when the BlackBerry phone held sway as the trendiest smartphone, the monarch had one that she used in checking her mails.

In 2006, the Queen sent out her first ever annual Christmas address as a podcast.

Meanwhile, when the social media began few years after the year 2000, she joined social media.

The tweet was to mark the opening of a new Science Museum gallery.

Her first tweet read thus: “It is a pleasure to open the Information Age exhibition today at the @ScienceMuseum and I hope people will enjoy visiting. Elizabeth R.”

Also, for the first time on Instagram, the monarch, in 2019, posted photos on the official royal family account.

The photos were those of a letter from 19th century inventor and mathematician Charles Babbage to Prince Albert.

She equally shared images from the Science Museum.

Here are some pictures from the ceremony:

Britain’s Queen Elizabeth, Prince Charles and Catherine, Duchess of Cambridge, along with Princess Charlotte and Prince Louis appear on the balcony of Buckingham Palace during the Queen’s Platinum Jubilee celebrations in London on June 2. (Hannah McKay/Reuters) 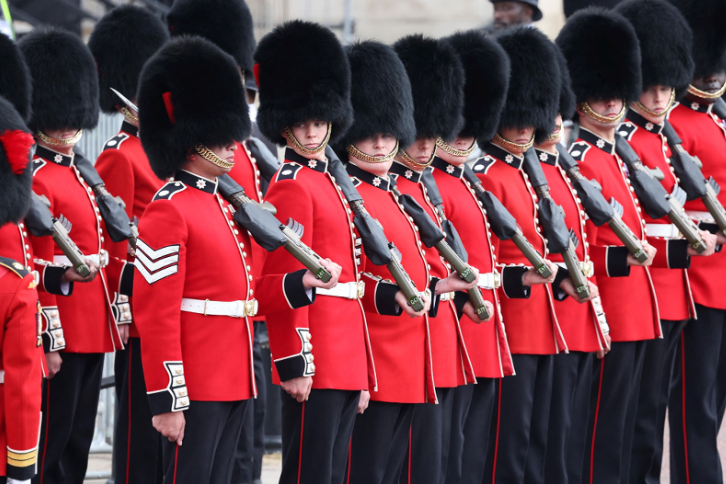 Guards begin to take position on The Mall. (Richard Pohle/Pool/Reuters) 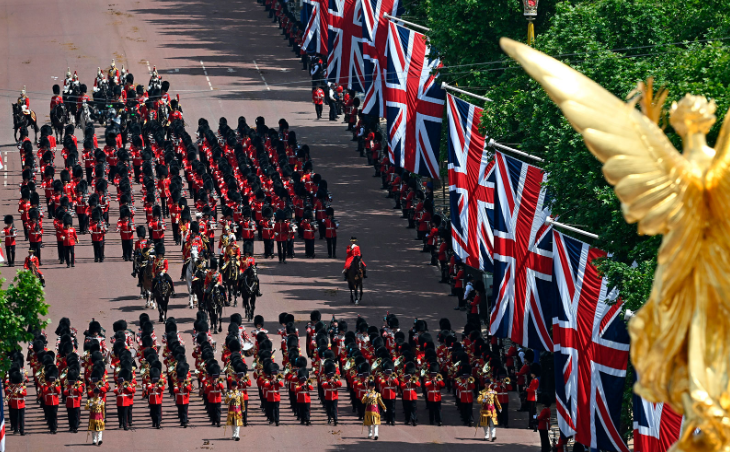 Members of the Household Division Foot Guards’ bands march back along The Mall towards Buckingham Palace in London on June 2. (Paul Ellis/Pool/AP)

Queen Elizabeth II is rarely seen. However, her image has been widely circulated the world over.

She is one of the most recognizable faces in history.

The monarch understands the importance of technology. She is not the queen to be left behind as technology evolves.

So, she has embraced many technologies as they emerge.