The Republic of Uganda has shut all social media communications ahead of its presidential election slated for January 14, 2020.

The classified information was contained in a letter sent to internet providers/operators in the country.

A reliable source privy to the information, however, disclosed that Uganda’s communication regulator ordered a crackdown on all social media platforms and messaging apps indefinitely.

“Uganda Communications Commission hereby directs you to immediately suspend any access and use, direct or otherwise, of all social media platforms and online messaging applications over your network until further notice,” an excerpt from the letter reads.

Take note that most of these services have been the most widely used means of campaigning ahead of Thursday’s election.

While it appears to be a deliberate attempt to cut off both local and foreign observers, neither of the commission’s spokesman, Ibrahim Bbossa nor government spokesman, Ofwono Oopondo has made any comment about the ban.

In-depth findings from an internal telecom source made revealed that the government’s action comes on the hill of Facebook blocking of pro-government accounts.

The source also made it clear that the social media ban was retaliation against Facebook’s moves, which according to the government, was founded on a wrong motive.

The presidential election is set to hold in a few hours’ time; and it appears that another historic moment is underway.

Just like every other election since 1986, the sitting president, Yoweri Museveni has remained a strong candidate to unseat.

Recall that Museveni initially seized power after he was elected president in 1986, taking over from the unpleasant reigns of the then dictators – Milton Obote and Idi Amin. 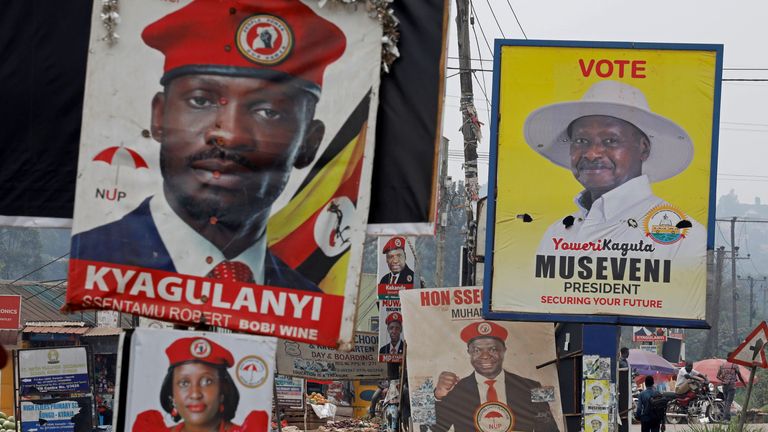 He managed to bring the country back to stability and has proven to be a noteworthy leader until recently.

Now, he seems to have drifted from his that course.

However, this year’s election seems to carry more hope than any other over the last 35 years; which has been dominated by Museveni and his party, National Resistance Movement (NRM).

Going by the current sentiment on Twitter, Ugandans, especially the youths appear to be more drawn to the younger candidate representing the National Unity Platform (NUP).

Representing NUP, Robert appears to be the frontrunner among 10 others challenging the current leadership.

What more to know about Robert Kyagulanyi’s presidential race

Also prominent for being an actor, and a businessman; Robert has always advocated for transparent and pure democratic leadership over the years.

He has, in recent times, served as a member of parliament for Kyadondo country East constituency in Wakiso District. 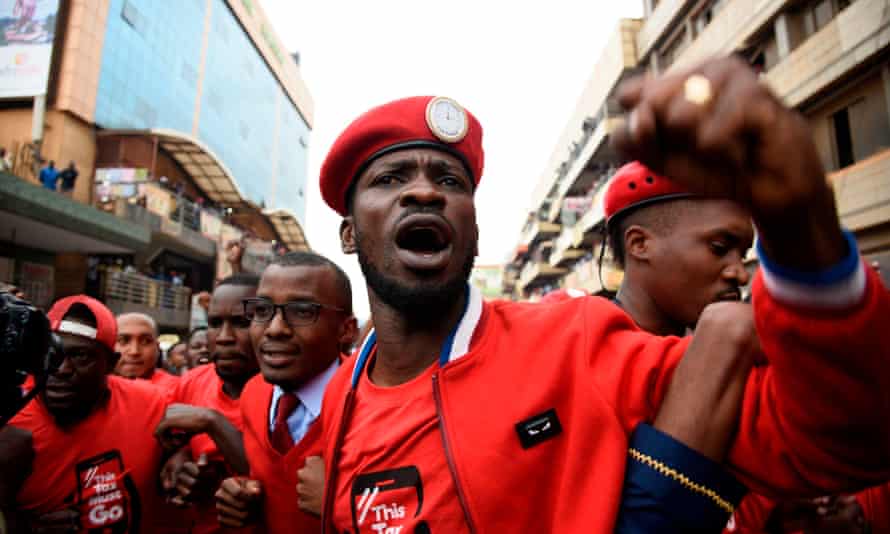 His three-year political journey which commenced after he won a seat for parliament back in 2017 is about to be tested with his latest presidency race.

Of course, unseating the longest-serving president in Africa wouldn’t come at zero cost. It is, however, disheartening to know that Robert has had his worst political moment in recent time.

Earlier today, the presidential aspirant made a recount of his gory experience and that of his aids in the past few days.

So, the private security company that has been guarding my home for the last 12 years has been ordered to withdraw security at my house. Their supervisors showed up unannounced at midnight, disarmed my guard and said they had instructions to immediately withdraw my security.

Upon arrival in Uganda, our diaspora team leader, Herman Ainebyoona went to Lira district to deliver polling day materials on behalf of NUP. Security operatives raided his hotel & violently arrested him. He joins thousands of comrades under detention in the run up to the election pic.twitter.com/4y4fhwKIHH

This is Herman Ainebyoona, our diaspora team leader. Like many Ugandans from the diaspora, Herman decided to return home and participate in this historical election. Upon arrival, he volunteered to deliver polling day materials on behalf of NUP to Lira. 1/2 pic.twitter.com/Y8DrHl7DTg

Military men raided the workplace of one of our comrades Elijah Mukiibi Kaate, a 24 year old who worked in Kiseka market as a mechanic. He was shot in the stomach & today morning, he passed away.
One wonders how many innocent citizens this regime will have to kill on it's way out pic.twitter.com/k6PcI9z3sI

Gen. Museveni needs to tell the world what he intends to do in this election that he should arrest my entire campaign team, my assistants & supporters. Last night, the military yet again arrested so many friends and comrades; two days to the election! Others living as fugitives!

The army has this morning raided my home, arrested all my security guards and anyone they could see around my premises. No reason for the arrest was given.
Such acts of impunity are all kicks of a dying horse. #WeAreRemovingADictator

One of my personal assistants @DavieBwanika's home was raided in the night, broken into and he was violently arrested by the army and driven to an unknown destination. I know they'll do more of such and worse but we shall not give up. #WeAreRemovingADictator pic.twitter.com/LVTXQDZcPx

“I wake up with people and by the end of the day they are in prison, hospital, or dead,” Robert said on January 7.

According to him, he had begun that particular day with 25 people and was now sitting next to two.

There is no guarantee that the experience will cease anytime soon as he was spotted only with his guard dogs on his way to an interview earlier in the day.

Power of the youth

Moving on, Robert seems to hold an upper hand in the ongoing presidential race; especially considering that the entire Uganda population – about 80% – is dominated by youths below 30 years.

As in most African countries including Nigeria, Kenya, among others, the youths are now showing more interest in politics; and are willing to go any length to unseat the older generation.

Uganda, blessed with many youths, is also witnessing a major shift in the wake of this presidential election.

Implications of social media ban in the ongoing presidential race

The potential implications of the social medial ban in the ongoing presidential race in Uganda are numerous.

While the ban can be advantageous and disadvantageous at the same time; it doesn’t look like one that will favour the interest of the majority.

Rather, it will play out well for the minority interest which is set towards reinstating the current leadership for another term.

However, in what appears to be the most pressing concern for the majority of the Uganda population; the social media crack down may trigger lawlessness during the election.

Firstly, social media as a digital tool plays a very significant role during an upsetting time like this; and it is often perceived as a threat by ruling authorities.

As such, a crackdown of this tool can be weaponized to blind the world from witnessing whatever goes down during this historical moment in Uganda.

Also, the crackdown makes it really hard to track the entire electoral process which is obviously void of transparency and accountability.

More scary is the fear of the unknown which could possibly force people to stay back at home.

Already, there have been a lot of instances where citizens are brutally dealt with by armed forces simply for exercising their civic right to campaign for their candidate.

Now, giving that social media is as good as useless in the region, the lives of citizens are pretty much at stake as well as that of a generation.

What do you think of Uganda’s government’s move to ban social media indefinitely? Kindly share your thoughts in the comment section below.

How Safe Is The New Golden App – Signal?