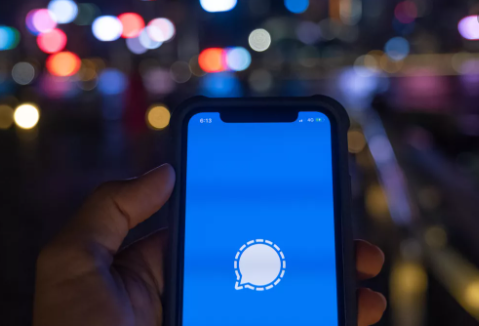 With an assist from WhatsApp’s newly installed policy, Signal has made a quick climb to the top of the leaderboard.

Ever since several WhatsApp users clicked that accept button hastily, they’ve been thrown into a panic.

Most of this panic has been centered on possible nude leaks. As funny as that sounds – trust me, it does sound funny – it is a legitimate fear held by many.

And, for those of us who withheld the rush to push the button, we’ve become more vigilant than ever. We reckon that even Game of Throne’s men of the Night’s Watch weren’t this watchful.

Since the policy, we take a careful look at everything that pops on the screen whilst using the app before taking any action.

And, when it’s the dreaded WhatsApp policy notification, we shake my head and say NOT TODAY!

However, for everyone that has reacted to the situation, we can’t keep this up for much longer.

There’s a timer counting down and it will hit zero on February 8. So, whether we like it or not, we must make a decision.

Sadly, as it stands, there are only two options here. The first is to accept WhatsApp’s new rule and continue enjoying its services, whilst the other is to jump ship and find a more secure platform.

Signal ranks no.1 on the App store’s list of most downloaded free apps

Currently, Signal is ranked first on the list of most downloaded free apps on the App Store.

If you’re already on the Signal App, you might be getting a little tired of hearing your notification tone go off every second.

This is because a huge percentage of your contacts are jumping ship and joining the Signal community.

Verification codes are currently delayed across several providers because so many new people are trying to join Signal right now (we can barely register our excitement). We are working with carriers to resolve this as quickly as possible. Hang in there.

But, the question is how bad WhatsApp’s newly introduced policy? Is it as bad as we all have made it look?

More importantly, how safe is Signal, seeing that it has become the new destination for millions of social media users across the globe?

Hopefully, this will help to quell fears among many users who have accepted the new policy.

In August 2016 – two years after Facebook acquired WhatsApp – both platforms began to exchange data. As at the time, existing users were given a 30days window to opt-out of certain sharing agreements.

Existing users who opted out from the policy at that time were duly exempted by WhatsApp. Interestingly, they’d also be exempted now and far into the future.

However, users who accepted the terms back then and others who have joined since have had their details shared ever since.

Sadly, they cannot opt-out now either, so, their details will still be shared with Facebook.

Contrary to popular opinion, messages on WhatsApp are still end-to-end encrypted. Neither WhatsApp nor Facebook has access to messages shared or media files exchanged between users.

Only senders and recipients have access to this information. If it makes it any better, WhatsApp uses the same encryption as the new golden app “Signal”. This begs the question, what do they share actually?

According to Facebook, information collected from WhatsApp is those that can serve to help strengthen marketing and advertising efforts.

Following many panicked comments on Twitter, WhatsApp executive, Will Cathcart, created a thread to explain a few things about the new policy.

I've been watching a bunch of discussion this week about the privacy policy update we’re in the process of making @WhatsApp and wanted to share some thoughts.

We’ve updated our policy to be transparent and to better describe optional people-to-business features. We wrote about it in October — this includes commerce on WhatsApp and the ability for people to message a business. Pls see: https://t.co/wGJkVUhmhE

From his explanations, we can deduce that users’ chats are still as safe as always.

How safe is Signal?

This has made it more convenient for people to opt for the app without fear. But, to what extent can the Signal app guarantee safety?

Without any bias, the Signal app is very safe. Ordinarily, it functions just like every other messaging app. You can send messages and exchange media files including stickers on the platform.

All users need to register is their phone numbers. Plus, the will to attend to several welcome greetings as soon as you sign up on the platform.

That’s the one thing that Signal doesn’t know to be discreet about. Telegram also shares in this big announcement habit and not so many customers are a fan of it.

However, when it comes to chatting on Signal even sticker packs get separate encryption. With this, users can be rest assured that nothing said leaves the room.

Except – of course – that information is taken out by any party to the conversation.

Signal reportedly created the encryption protocol that is used by WhatsApp and Skype among other companies. Hence, they are perceived to be on the loftiest height of the privacy game.

Asides from having messages encrypted on both ends, Signal also allows certain customisations.

For instance, users can set up their messages to disappear after a set time frame. Additionally, Signal collects no data save for phone numbers from its users. Hence, they have nothing on you.

If an investigative body walks up to Signal for intel on you, Signal can say they’ve got nothing and they wouldn’t be lying about that.

It is convenient for Signal to keep their hands off user data. This is because it is a non-profit organsation. Unlike Facebook, they do not need such data to consolidate marketing or advertising efforts.

The chart below shows a comparison of collected data between Signal’s competitors. 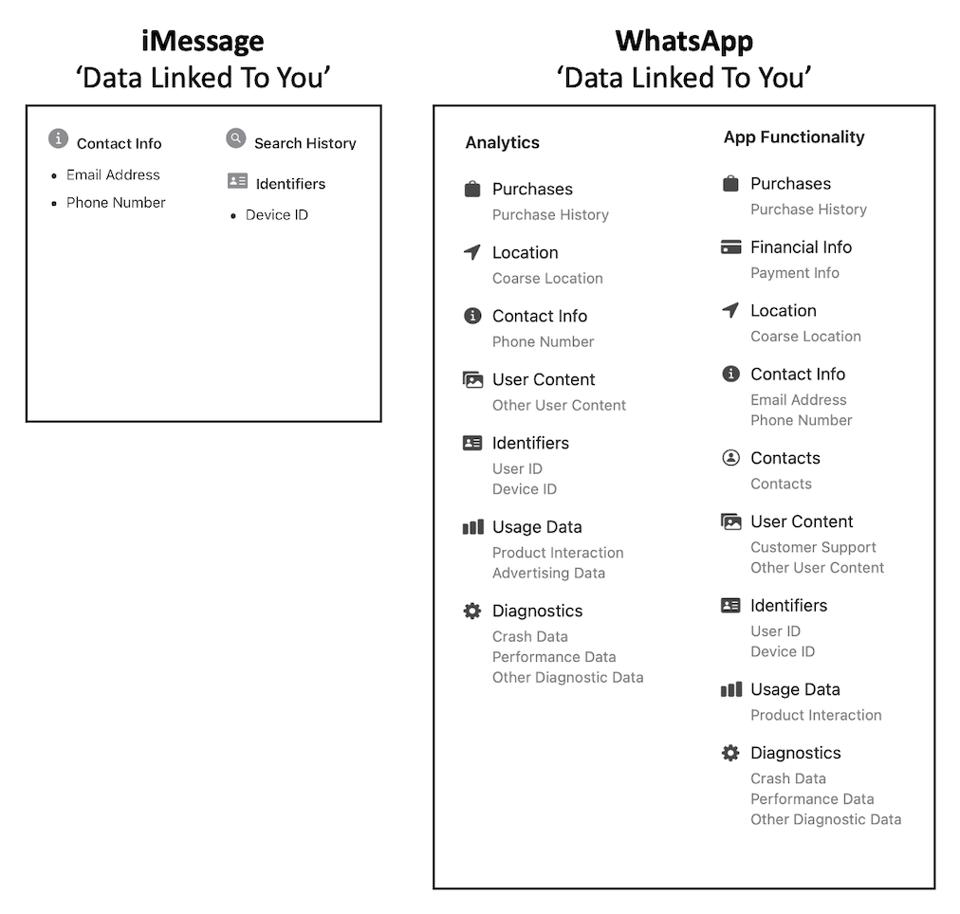 WhatsApp hasn’t become any less safe than it was in 2016.

Chats and files exchanged on the platform are still as private as you’d find them to be on Signal.

So, it might not be entirely necessary for you to jump ship.

But, altogether, Signal is inarguably the most secure chatting app as of today. Hence, moving to the platform wouldn’t be a bad idea for anyone.