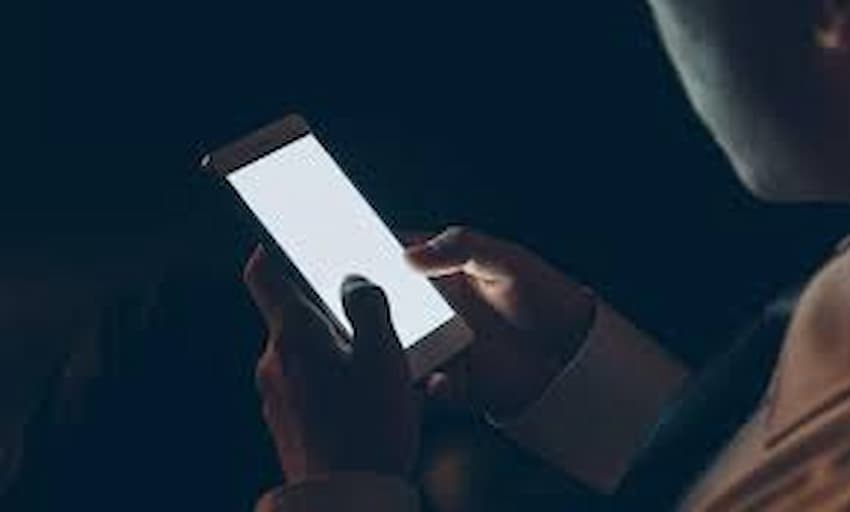 Blue light from smartphones, laptops and other digital screens make you grow old faster, a new study has warned.

Similarly, in a post, The Punch quoted an optometrist and chief consultant at Access One Eye Centre in Lagos, Abraham Omeh and an intern optometrist, Prisca Ikechukwu, who warned that a high-level exposure to blue light from screen devices will lead to eye strain and insomnia.

The study noted that when you stare at the screens of your gadgets such as televisions, laptops, and smartphones too much, the blue light coming from them can accelerate your aging process.

Also, the light can trigger early stage of obesity and psychological problems for you, the researchers have warned.

This is the result of a recent study led by Jadwiga Giebultowicz, a professor at the Department of Integrative Biology at Oregon State University.

In a media release, Giebultowicz explained that excessive exposure to blue light from digital screens can also cause other skin diseases.

“Excessive exposure to blue light from everyday devices, such as TVs, laptops, and phones, may have detrimental effects on a wide range of cells in our body, from skin and fat cells, to sensory neurons.”

“We are the first to show that the levels of specific metabolites – chemicals that are essential for cells to function correctly – are altered in fruit flies exposed to blue light.”

The research team experimented with fruit flies and discovered that the light from screens affected them as well.

This is significant, since humans and flies have similarities on a cellular level.

“The signaling chemicals in the cells of flies and humans are the same, so the there is potential for negative effects of blue light on humans,” explains Giebultowicz.

“To understand why high-energy blue light is responsible for accelerating aging in fruit flies, we compared the levels of metabolites in flies exposed to blue light for two weeks to those kept in complete darkness.”

The team found that the cells in fruit flies don’t function at an optimal level after exposure to blue light, which they suggest could lead to premature death.

Through an examination of the cells in the flies’ brains, they discovered that the levels of one metabolite, succinate, increased, while glutamate levels dropped.

“Succinate is essential for producing the fuel for the function and growth of each cell.

“High levels of succinate after exposure to blue light can be compared to gas being in the pump but not getting into the car,” Giebultowicz says.

“Another troubling discovery was that molecules responsible for communication between neurons, such as glutamate, are at the lower level after blue light exposure.”

Low levels of glutamate could result in a decrease in brain function, possibly causing premature aging, according to the study authors.

In the world we live in now, blue light seems to be everywhere, and active at all hours of the day.

“LEDs have become the main illumination in display screens such as phones, desktops and TVs, as well as ambient lighting, so humans in advanced societies are exposed to blue light through LED lighting during most of their waking hours,” the study author explains.

The next step in the research is to study blue light’s effects on human cells.

“We used a fairly strong blue light on the flies – humans are exposed to less intense light, so cellular damage may be less dramatic.

“The results from this study suggests that future research involving human cells is needed to establish the extent to which human cells may show similar changes in metabolites involved in energy production in response to excessive exposure to blue light,” Giebultowicz concludes.

“Our study suggests that avoidance of excessive blue light exposure may be a good anti-aging strategy.”

The study, published in the journal Frontiers in Aging, develops on previous research the team has conducted which shows that fruit flies living in constant darkness live longer than those with exposure to light.