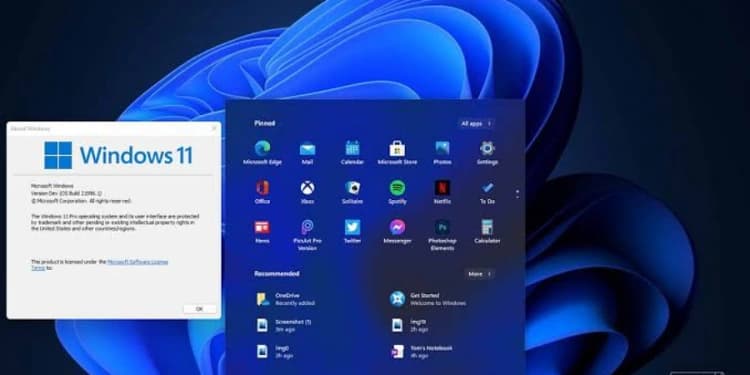 Microsoft will be launching its new windows product pretty soon. It will be coming with some exciting updates you don’t want to miss out on. This article will discuss some of these updates released by Microsoft.

However, the coming of these updates is pretty interesting. The update came after the company was said to have discovered a bug after releasing the product to its Windows Insider Programme.

Windows Insider Programme is a group of Windows fanatics who get to see first the planned releases before releasing them to the public.

And after which, when released to them, they had to uninstall it as there were some bugs discovered. However, with Microsoft’s new announcement, Windows is bug-free, and it is coming with some excellent feature updates.

Features to expect on Windows 11

Microsoft has said that for its new Windows update, users should be expecting to get an update that improves family safety verification. So you can request more screen time for your child.

Another feature coming with Windows 11 is enabling the home screen to display a new background every day.

Also, support will be coming for the Windows spotlight feature on the desktop. And so this would be what will enable the new backgrounds.

The Windows Spotlight feature was introduced when Microsoft launched its Windows 10. Using Microsoft’s Bing search engine, it was possible to add new backgrounds and information about them to their lock screen daily.

The new update would enable unique background daily for the home and lock screens.

All users need to do is go to personalization settings and find “Personalize your background”. Once users do that, they can enable Windows Spotlight and automatically get new backgrounds each day.

With the bugs fixed for Windows 11, users will experience a whole new experience.

Here are some of the bugs that were fixed.

Several bugs were discovered on some apps when Windows 11 was first introduced. Some of the bugs fixed under the last KB5014019 update include

WhatsApp Will End Support For Some iPhone 5 and iPhone 5C