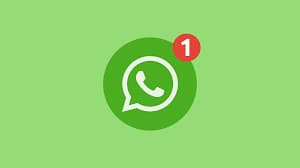 WhatsApp has been releasing a series of updates on its messaging platform. On its new series of updates released is the feature that allows users to mute other users during group calls. The feature can be classified as one of the looked forward features on WhatsApp. Except it doesn’t reach up to the Undo feature users, have been clamouring for.

This new feature that allows people to mute during calls will help the calling experience become a lot better for users. They can mute users in the same space they are in or users who forget to mute themselves during a call.

The best part of this feature is that no other calling platform offers the feature. Zoom and Google Meet can mute, but they only have the ability for a host to mute. However, for WhatsApp, anyone on the call can access the mute feature.

The feature will help to reduce a chat from being chaotic. With WhatsApp having to take more people on its calling app, this will be very necessary. It had announced before that it would let you add more people to a group chat.

However, the mute feature will only be available for calls with a maximum of 8 people on a video call or up to 32 people on a voice call.

Asides from the mute feature, WhatsApp will allow you to message specific people while on the call. That is, if you want to tell someone a thing about the group call, you can message them directly through the call without sharing it with others on the call. It also allows users are being notified when a person joins a call after it starts.

Interestingly, these are not new features; they exist on platforms like Google meet and Zoom; users can share messages directly through calls to specific people.

Other features that will be coming to WhatsApp.

Also, WhatsApp plans to release an update allowing users to choose which contact can see certain parts of their account.

Some include your profile photo, about, and last seen status.

The feature will allow them to keep their profile in a private mode, especially for those who want to stay private.

Also, WhatsApp released a feature that allows Android users to transfer data to their iPhones.

This is coming after it had reason hoe users can transfer their data from iPhone to Android.

Do you want to know more about this? Read more here.

How To Calculate Electricity Bills Yourself And Avoid DisCos Short-Change