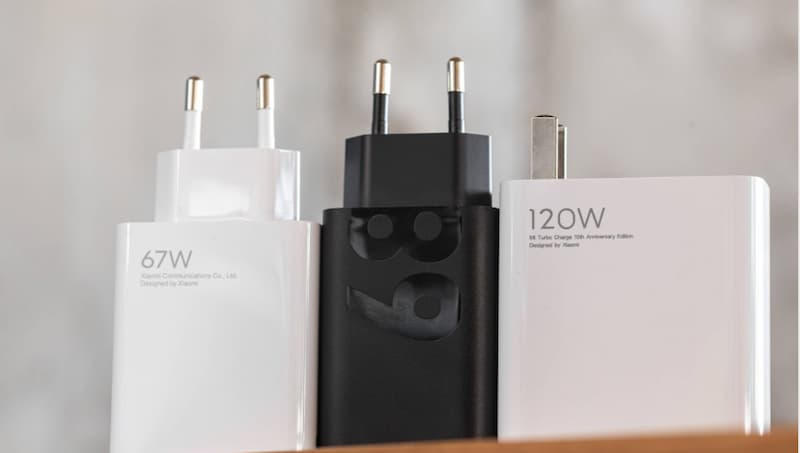 Phones with fast-charging batteries may not be the best choice for you after all.

This is despite the fact that manufacturers advertise such fast-charging phones  as being the best for you.

However, it would interest you to know that most phones with fast-charging also come with smaller batteries.

This means that although they charge fast, they equally drain fast!

Also, it means the batteries won’t last very long before you start buying new ones or moving around with power banks.

On the other hand, phones that charge slower come with bigger batteries.

Also, by bigger batteries, they take longer time to drain.

Additionally, the batteries have higher longevity than the fast-charging ones.

Likewise, the larger batteries means that you won’t be charging the battery of your phone often.

Only that each time you charge, it takes longer time compared with fast-charging batteries.

Meanwhile, to better understand this, let us look at what capacity a fast-charging phone battery costs.

So, the important questions is as follows: 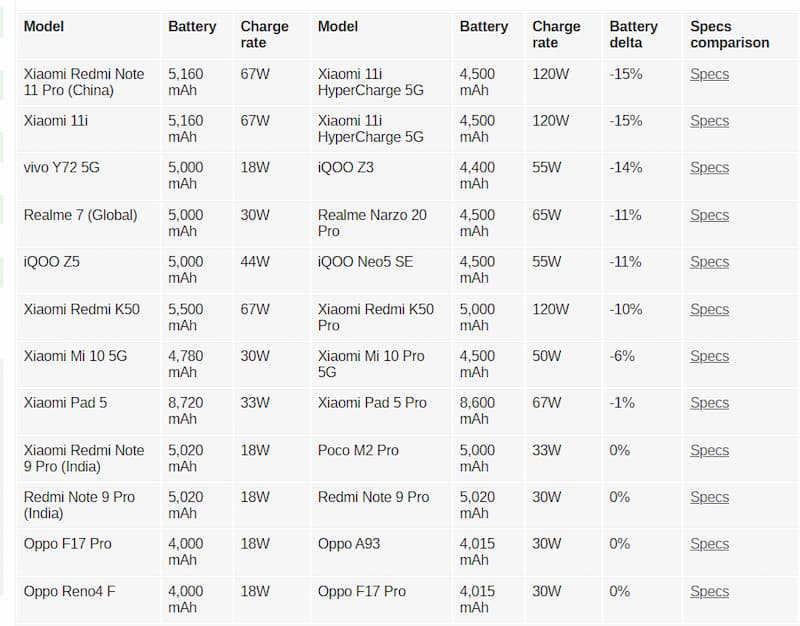 How much battery capacity does fast charging “cost”?

A research by the GSMArena revealed that phones with fast-charging batteries usually lose battery capacity of about 10%.

It said, “Based on twelve pairs of devices, the short answer is around 10%.

“So, one phone may have a 5,000 mAh battery, a nearly identical model with fast charging will have a 4,500 mAh battery.

“The loss varies by model of course and in general faster charging means less capacity.”

The report further stated that, “We found that phones that charge at relatively low rates (18W) have room to improve without sacrificing much capacity if any.”

Now, let us compare phone brands and their batteries.

These two phones are identical, though differ in terms of camera. Nevertheless, the camera difference doesn’t affect the batteries.

Meanwhile, the investigation by GSMArena shows that both phones have 5,020 mAh batteries.

Also, both have the same dimensions and weight.

What it means is that while the Indian brand charges faster, the global one charges less faster.

Similarly, another phone brand, the Poco M2 Pro  has 5,020 mAh capacity and charges at 33W.

Therefore, according to the report, phones that charge faster have drops or reduction in usable battery capacities than those that charge slower.

Similarly, the Oppo F17 Pro and Oppo A93 are in the same boat. Both have identical battery capacity.

According to the report, “Based on this data we think that 30W or so (let’s call it 25-33W) is the point beyond which speeding up starts to cost you.

“But going from 18W to 30W has no impact on battery capacity.”

These two phones are also identical in terms of their batteries.

Conversely, it takes the Xiaomi Redmi Note 11 Pro (China) longer charging time of 0.43 but with battery usable capacity of 5,160 mAh or 67W.

Conversely, the Realme 7 (Global) takes longer charging time of  one hour and 5 minutes but with a capacity of 5,000 mAh or 30W.

What you can do:

The report suggests that to increase your phone’s battery longevity, you can use a slower charging battery phone but enable Android’s overnight charging feature.

What this means is that you stand a chance of changing your phone’s battery soon if your phone is fast-charging.

Also, if you are a heavy phone user, then phones that drain faster and whose shelf life ends soon may not be ideal for you.

Instead, the ones that last longer might be your best choice.

Nevertheless, you may not have the time to wait for the time its takes such slower-charging batteries to get full.

“Phones that need 2 hours to charge aren’t really suitable for emergency charging in the morning or in the evening before you head out.”

The report, however, added thus:

“…the phones that charge at around 60W.  They do get the job done faster than the 30W chargers, but whether that is enough of an advantage depends on how you use your phone.