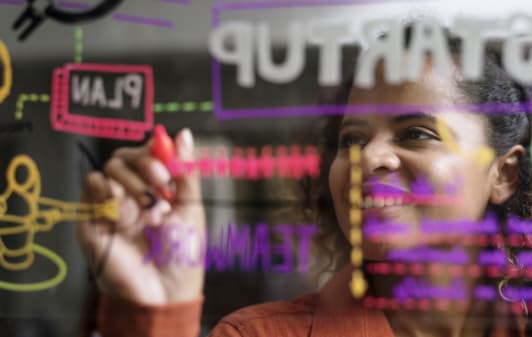 As the world marks International Women’s Day 2022, it is important to look at how females only startup founders are raising funds compared to their male counterparts.

This is to encourage more female CEOs to play more cards and raise more funds to scale their businesses like male founders are doing.

Meanwhile, according data by thebigdeal.substack.com, African startups raised a total of $4.3 billion in 2021.

Of that amount, startups with only male founders dominated as they got the larger chunk of the total funds raised in the continent.

Conversely, you would sadly see that females only startup founders barely raised crumbs as compared to male CEOs.

According to the data, out of the over $4.3 billion raised in Africa in 2021, female founders generally raised only 7%.

So, this article will serve as a reference sheet to encourage a more action by women to become at par with their male counterparts in having equal opportunities such as in raising huge funding.

This year’s Women’s Day celebration has its theme as “Gender equality today for a sustainable tomorrow.”

It calls for the closing of the gender gap existing between men and women.
Gender imbalance has been existing for long and we can see this in virtually most sphere of human endeavours.
Meanwhile, the tech space is a very obvious area gender inequality is also greatly seen.

This is partly because most females give up at the mention of tech.
They think it is a men’s world and thing; they also think that being a part of tech entails knowing how to code.

But this is far from it! The number of women without tech skills who are in the tech space are increasing exponentially.

And this increase has dispelled the notion that tech is a man’s thing and world.

So, roles such as content writer, business managers, digital marketers and UI/UX designer may not necessarily require coding and females are taking up these roles pretty good.

Nevertheless, despite this improvement, the inequality continues to play out and even in the ways and amount of funds raised between male and female founders.

According to thebigdeal.substack.com, startups with female founders or a founding team made exclusively of women still attract barely any of the funding going to startups in Africa.

“It said female single founders and female only founding teams raised less than 1% of the total raised on the continent” in 2021.

IT also noted that such percentage is roughly one hundredth of what their male counterparts raised.

What the female founders raised is just crumbs compared to what the male founders and male-only founding teams raised.

The male category raised 81% of the funding across the continent.

However, even with the crumb raised, female founders in different African countries raised varying percentages of the total raised.

Similarly, they had a76% dominance over the female CEOs in Nigeria, 84% in South Africa and 98% in Egypt.

Nevertheless, this is not to say that females are not fighting back.

For instance, in terms of gender founding teams, nearly half (46%) of those who have raised funds in 2021 had a female CEOs.

Also, in giving quota to the females among the gender-founding teams, the data showed that the female CEOs raised 34% of the funding.

Most of the founding teams had not less than three members.

Meanwhile, for founding teams of four, only a quarter had female CEOs while 90% of the funding went to male CEOs.

However, for founding teams of three members, we can nearly see equality as the proportion of female CEOs was comparable.

In this category, the female CEOs raised nearly half of the total funds raised.

Similarly, the female founders had a more positive outing in the category of founding teams of one male and one female.

The report said 75% of the funding was attracted by the female CEOs under this category.

Similarly, gender-diverse founding teams (teams of both male and females) raised $750 million dollars, indicating a 17% of the total fund raised.

The dominance of male founders in raising funds is clearly a direct consequence of the gender profile of the founding teams.

However, Kenya showed more positive light as the female CEOs raised about 28% of the whole funds.

But this is chiefly because of one single deal:

Gro Intelligence that raised $85 million in Series A in 2021.

Also, female CEOs in the health sector did better as they raised 29% of the funding.

However, we see inequality against female play out conspicuously when it comes to large deals.

Out of the 12 mega deals announced in Africa, all 11 companies that involved in mega deals ($100m+) had male CEOs.

Only one had a female CEO and that is Andela.

So, since the 2022 International Women’s Day celebration encouraged closing the gap of gender inequality, it is ideal for female founders to play better cards and raise more funds.

Women’s Day: How Women Can Fight Gender Inequality At Workplace