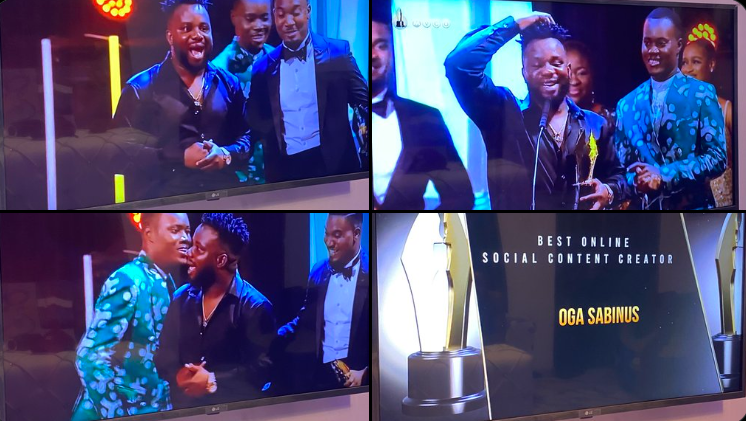 It is the eighth edition of the AMVCA and it held at the Eko Hotels in glamour and style.

The award night took place Yesterday, Saturday, 14th May, 2022 with many celebrities, artists, musicians, actors, comedians and many others gracing the occasion.

One of the award beneficiaries whom everybody says deserved the honour is popular comedian, Mr Funny, popularly known as Oga Sabinus.

The Nigerian comedian won the Best Actor in a comedy for his role in a movie titled Dwindle.

Meanwhile, While receiving the award, Oga Sabinus thanked God, his fans and Lagos for “receiving a Port Harcourt boy.”

The very excited comedian who was in disbelieve, said it was his first award in Lagos.

The moment Sabinus was announced winner at the #AMVCA8 😂 pic.twitter.com/zJq85aturn

However, another comedian Broda Shaggi also did not go home empty-handed.

Similarly, the Best actor in a drama went to  Stan Nze (Rattlesnake: The Ahanna Story).

Also, others are: Best movie East Africa: The Girl In The Yellow Jumper – Morocco Omari

Here’s What You Don’t Know About ASUU Strike