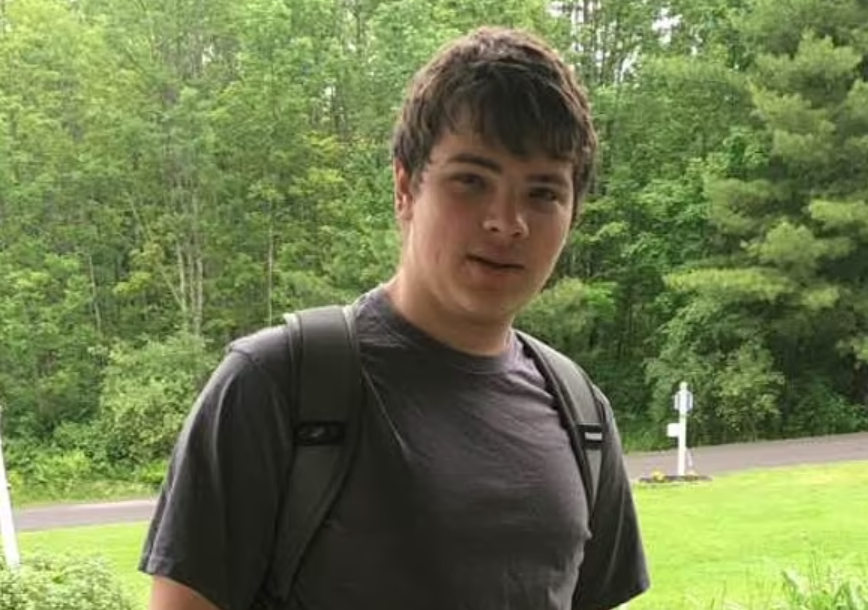 Buffalo shooter, Payton Gendron kills 10 persons while livestreaming on Twitch in what has become another racist killing.

Payton Gendron, the shooter, says he was driven to kill by the ‘great replacement theory’ which claims white people are being driven to extinction by migrants.

He killed 10 blacks and injured many others.

Gendron was live on Twitch while he was shooting the victims to death.

Meanwhile, before his racist killing, he posted a manifesto wherein he explained previous racist killers who motivated him.

ALSO READ: Twitter Deal On Hold; Elon Musk To Pay $1b If He Backs Out

Gendron, pictured before the massacre, said he’d been radicalized by the internet, and says he chose his target site because it had the highest black population that was relatively-close to him.

A large part of the manifesto focused on the ‘great replacement theory’. IT claims whites are being deliberately outnumbered in the US by migrants from other countries to skew elections in favor of the Democrats.

Gendron said he’d chosen to target the upstate New York store because it sat in the zip code 14208, which he said ‘has the highest black percentage that is close to where I live.’

He included a rudimentary map of the store, but didn’t name it prior to the shooting, saying he didn’t want to tip anyone off should his manifesto end up in the hands of law enforcement.

The manifesto said that he’d been radicalized entirely by the internet – rather than anyone he’d met in real life – and added that he’d been inspired by Brenton Tarrant.

Tarrant is a white supremacist who live-streamed himself murdering 51 Muslims at a mosque in Christchurch, New Zealand, in 2019.

Gendron said: ‘The truth is my personal life and experiences are of no value.’

Gendron said Tarrant ‘radicalized him the most’ while discussing what had spurred him to shoot 13 people, 10 of them fatally.

Also named as an inspiration in the manifesto was white supremacist mass-murderer Dylann Roof, who killed nine black worshippers at a South Carolina church in 2015.

And Norwegian killer Anders Breivik – who massacred 77 people in 2011 – was also cited as an inspiration by Gendron.

Police said 11 of the people he shot were black, with the other two white.

It is most popular among video gamers, with Twitch removing Gendron’s video less than two minutes after it was uploaded.

A Twitch spokesman said they were ‘devastated’ that their platform had been used.

It was later taken down after Google said its contents had violated the web giant’s terms of service.

They also include hundreds of racist memes, and grabs of liberal publications Gendron deemed offensive to his believes.

And although the manifesto is widely-believed to be authentic, with Gendron identifying himself, he used a fake photograph.

The snap he uploaded, which he claimed was him, was actually of comedian Sam Hyde.

That image of Hyde – posing outdoors while holding an assault rifle – has been repeatedly used to falsely identify other mass-shooters.

It is unclear if Gendron used Hyde’s image in his own manifesto in a twisted attempt at humor.

So far two victims have been identified, both of whom are black. Grandmother Ruth Whitfield, 86, was gunned down while shopping for eggs. And store security guard Aaron Salter, a father of three, was killed after opening fire on Gendron.

Salter did so after seeing Gendron shoot other shoppers dead, but the teenage killer had worn enough body armor to protect himself from Salter’s bullets.

Gendron discussed his hatred of blacks, Jews, left-wing people and transgender people in his manifesto.

He also offered biographical detail of his mundane life, saying he’d grown up in Conklin, New York, around three-and-a-half-hours away from Buffalo.

Gendron added: ‘I was never diagnosed with a mental disability or disorder,” he wrote. I believe to be perfectly sane.’

The killer was arrested after walking out the front of the supermarket, and arraigned at a court Saturday night.

He has so-far been charged with one count of first-degree murder, although more charges will follow.

Gendron spoke only to confirm that he understood the charge, with his lawyer saying he’d deny it.

That comes despite him saying he’d plead guilty to his crimes in his manifesto.