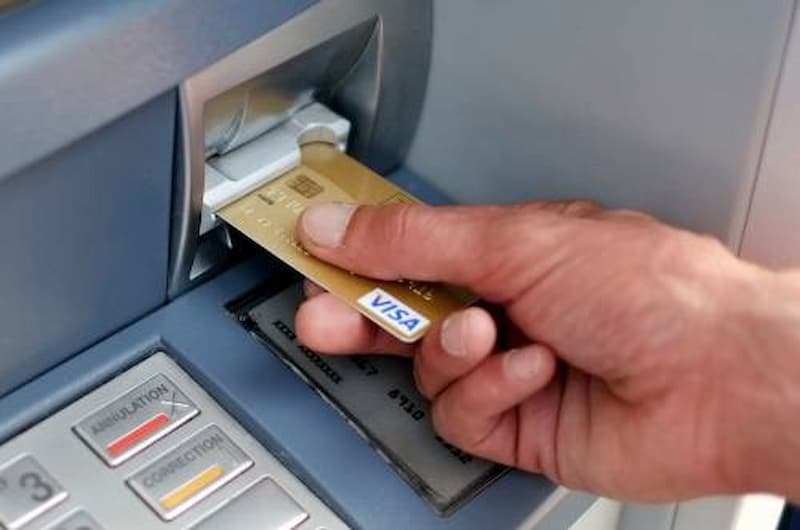 Bank Fraud has become very common as too many people keep falling victims to different types of bank frauds.

Also, skimming, which is a form of fraud having to do with bank accounts, is one of the commonest scams right now.

Protecting yourself from bank frauds like ATM, P.O.S skimming or fuel Pump skimming should be among your top priorities right now.

This is because, skimming has been on the increase and majority of the people keep losing their money to scammers.

Imagine receiving debit alerts on your phone because scammers are continuously emptying your bank account of your money?

ALSO READ: How To Play Wordle Game: SMITE As 370 Answer

What makes it even traumatising is that you may be helpless and before you take actions to stop it, all your money may have gone!

Credit card application fraud rose by 18 per cent in the first three months of 2022.

Also, it said scammers targeted mostly victims within the age bracket of 50 to 59 years with higher incomes and higher borrowing power.

The bank fraud also targeted younger families between the age brackets of 40 to 44.

Meanwhile, this report will focus on ATM Skimming and tips to avoid falling victims.

Skimming involves the use of a skimmer or devices by a scammer to illegally steal victims’ bank details.

It occurs when a fraudster installs a card scanner on top of the card slot of an automated teller machine (ATM) or point of sale (POS) terminal.

The scammer can also illegally install devices or scanners on fuel pumps to capture data or record a cardholders’ PIN.

Also, the fraudster may install a spy camera on strategic points on the ATM or P.O.S to secretly record how and what you press on the keypads while entering your pins.

Subsequently, the criminals then use the data they capture from your PINs to create fake debit or credit cards.

After creating such fake cards, they use them to steal from victims’ bank accounts.

Data by the Federal Bureau of Investigation (FBI) estimates that skimming costs financial institutions and consumers more than $1 billion each year.

Similarly, fuel Pump skimming is another fraud to be wary of.

What is Fuel Pump Skimming:

Fuel pump skimmers are usually attached in the internal wiring of the machine and aren’t visible to the customer.

The skimming devices store data to be downloaded or wirelessly transferred later.

How ATM and POS Skimming works:

Scammers usually device and insert ATM skimmer devices to fit over the original card reader on ATMs or POS machines.

They insert some of the devices in the card reader, place it in the terminal, or situate it along exposed cables.

Also, then install pinhole cameras on ATMs to record a customer entering their PIN.

In some cases, they insert keypad overlays instead of pinhole cameras to record your PINs.

From here, the scammers can use your data and siphon all the money in your bank.

So, you need to be careful.

Nevertheless, here are tips on how to avoid falling victim:

1. Check the type and originating bank of the ATM or POS terminal.

2. Inspect the ATM to see if there is any hidden camera.

The scammers usually hide the spy cameras somewhere in front of the ATMs where they can capture what you are typing.

3. Look for anything that suggests the ATM or POS was tampered with.

Check for loose, crooked, damaged, or scratched parts. Don’t use any machine or card reader if you notice anything unusual.

4. Press the “Cancel” button at least twice to ensure no transaction is processing on the ATM or POS before inserting your card.

5. Use your hand to feel the card slot to check for unusual things.

For instance, if it’s shaking or looks bigger than the normal, don’t insert your card.

This is because, a scammer may have installed a skimmer which usually looks exactly like the card reader in colour and texture.

Likewise, it equally fits on the ATM or POS card slots.

6. When typing in your pin at ATMs or POS, cover your fingers to prevent the spy camera from recording your pin.

7. In some Nigerian ATMs, you could find someone offering to assist you.

Don’t allow such person assist you with inserting your card into the ATM or POS terminal or entering your pin.

8. Avoid using ATMs located in a dark environment. Also, don’t use the POS in a dark place.

9. You may also notice someone watching you from behind while typing your pin.

10. If the ATM or POS doesn’t return your card, complain and report to your bank immediately.

11. Meanwhile, if you have falling victim to ATM or POS skimming or any bank fraud type, report to your bank immediately.

Don’t waste any minute before reporting to your bank and blocking all withdrawals from your account.

Also, don’t postpone going to your bank to make the complaints. The more you wait, the more financial losses you incur.

Tips When Using a Fuel Pump:

1. Choose a fuel pump that is closer to the store.

2. Also, choose the one that is in direct view of the attendant.

3. These pumps are less likely to be targets for skimmers.

4. Run your debit card as a credit card.

5. Cover the keypad when you type in your PIN.

6. You may also consider paying directly to the attendant inside the mall or shop and not outside at the pump.

With this tips, you will avoid falling victims to ATM, POS and fuel pump skimming.

If you abide by these tips, you will save yourselves the risk of losing funds to scammers.

Twitter Note Feature Will Launch In Ghana, US and Others