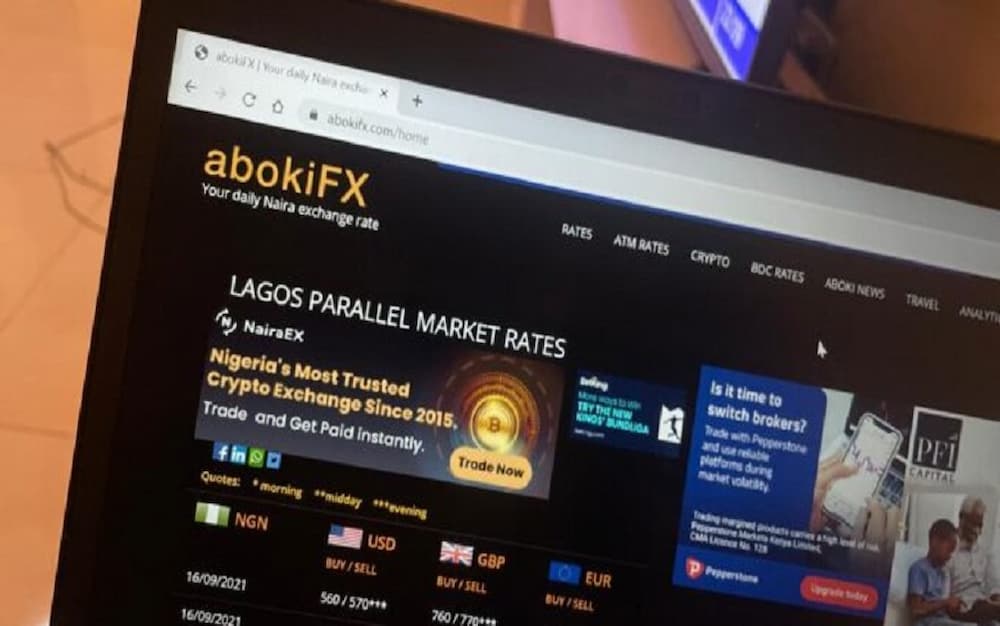 The Central Bank of Nigeria (CBN) has declared Oniwinde Adedotun, the founder of Fintech company, AbokiFX wanted over economic sabotage.

The CBN governor, Godwin Emefiele said the AbokiFX has been carrying out “illegal activity that undermines the economy.”

He said it is investigating the firm for posting illegal and misleading rate between Naira and Dollars.

CBN said doing this is against the the “National Intelligence Committee Act”.

He said the illegal foreign exchange dealer purchases forex to make a profit.

This is coming on the heels of the continuous depreciation of the Naira against the dollar.

Recently, the value of the naira plummeted after the CBN halted sales of dollars to Bureaux De Change operators.

For instance, Naira exchanged at N570 on Friday from less than 520 a dollar it traded before CBN’s decision.

The CBN had stopped supplying dollars to the BDCs on account of sabotage against the Naira, as well, shooting up the rates from about N500 to its present level.

Meanwhile,  AbokiFX is a website that publishes the parallel market exchange rate of the naira against other currencies.

However, most people, including establishments and media, quote Abokifx  as source for the parallel market rates.

According to Emefiele: “Mr Oniwinde started the AbokiFX operation in 2015 and has since milked the economy by manipulating the exchange rate.”

“Oniwinde lives in London while concorting criminal activities on our economy. Our preliminary findings shows that the company continues to file the same cash account in the United Kingdom whereas he maintained about 25 accounts with 8 banks in Nigeria, milking the system and collecting cash through Automatic Teller machines in London.

“He then sell tens of millions in FX to company’s in Nigeria; we will go after them all.”

At the end of the Monetary Policy Committee meeting (MPC) meeting, Emefiele said the apex bank has been investigating Oniwinde and his firm.

“We have been studying the activities of abokiFX in the last two years,” he added.

“There was a time we asked our colleagues to call the abokiFX to ask how he conducts the rates. He is a Nigerian, living in England, we will track him. Mr Oniwinde, we will track you. We cannot allow you to continue to kill our economy.”

Emiefiele said Oniwinde is an illegal FX dealer and that soon enough, he would be prosecuted for sabotaging the Nigerian economy.

The CBN governor said the AbokiFX founder lives in the UK and publishes arbitrary rates without contacting BDCs.

“We cannot allow you to continue to kill our economy.”

Advising the people, Emefiele urged them to go to banks for their foreign exchange.

He said the CBN Act, section 2, give only the apex bank the authority to determine the value of the naira.

“I am sorry to say that I do not, and I do not intend to recognise any fx in the market.”

“Go to your bank. Even if your limit is above what the bank is selling, put it forward, and we will look into it.”

“The only exchange rate remains the I&E window, which is the market we expect everybody who wishes to procure or sell forex to get it,”

Laying The Infrastructure For Smartphone Surveillance At Work

LG Launches 325-Inch Direct View LED TV For The Rich? Check It Out