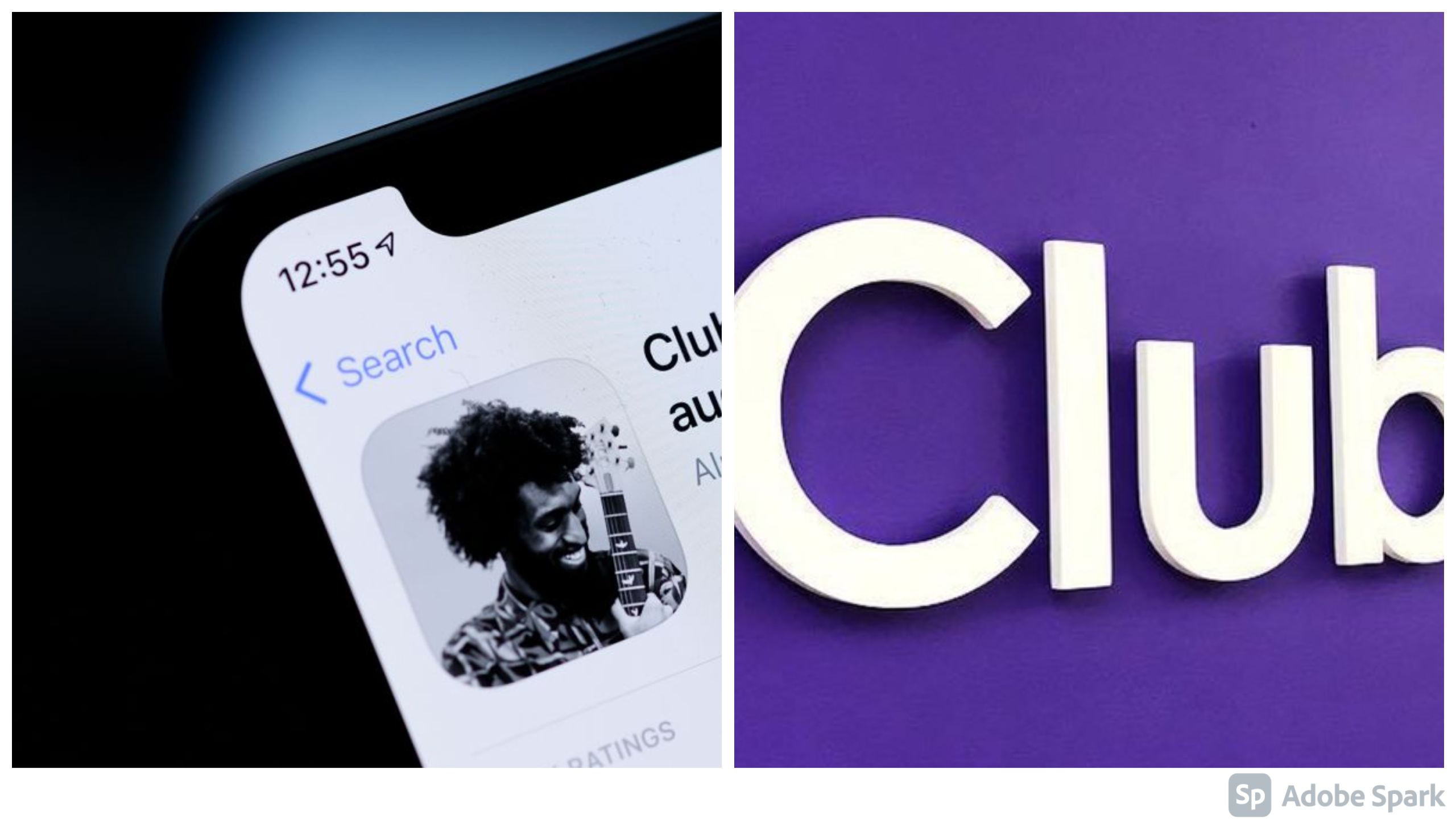 Confused? We’re guessing you are. Now that’s a taste of what many folks felt last year when they tried to download Clubhouse but ended up downloading Clubhouse. Still, confused? We are pretty sure you are. Not to worry, stick with us for a bit and we’ll “uncode” this muddled-up situation.

The mix-up started in April 2020 when a new audio-only social network app decided to adopt a pre-existing brand name – Clubhouse.

Before the launch of the audio-based invite-only app, a project management application had been in the market with the same name since 2014.

Both applications share many things in common. They are both tech solutions. They both serve as a virtual meeting point for people with aligning interests.

But, the major similarity between them is the very cause of this dilemma: they share the same name! Although, there’s a logical explanation to it.

Brands can share the same name under the trademark registration system

You might consider fighting this idea, and you wouldn’t be wrong to do that.

Of course, no one wants to build a huge brand and expend resources towards massive campaigns only to end up being confused with another brand.

A classic example of that is the Clubhouse situation at hand.

It is very likely that many users who went looking for the audio-only social network and got the wrong thing stayed disappointed and refused to go back looking.

However, some of those folks may have tried the project management app and discussed it with their colleagues at work.

Better yet, they might even propose the app to other folks in the future.

The results? One brand just lost many customers despite having a unique product and running a successful publicity campaign.

And, the other brand? They just got some cheap publicity and would likely have the best type of promotion – word of mouth – running for them for months.

There’s no significant advantage of sharing the same name with another brand.

But, there’s a handful of disadvantages. However, the trademark registration system gives room for this to happen.

How does this work?

Simply put, registering a word as your brand name doesn’t give you exclusive rights to the word.

Well, you can choose to buy out the word completely, but, we’re sure your accountant would advise otherwise.

Since you wouldn’t be doing that, here’s what you’d get from registering your brand name.

2. You also gain the right to use the brand name in any territory of your choice.

Here’s a side-by-side picture of brands that share the same name for different reasons. [Source: namzya.com]

Just like Clubhouse, many brands have had their communications/ campaign mixed up in the past. And, no brand can take legal action against the other except they violate the conditions stated above.

Since Clubhouse and Clubhouse are very likely to retain their names, let’s help you differentiate them. 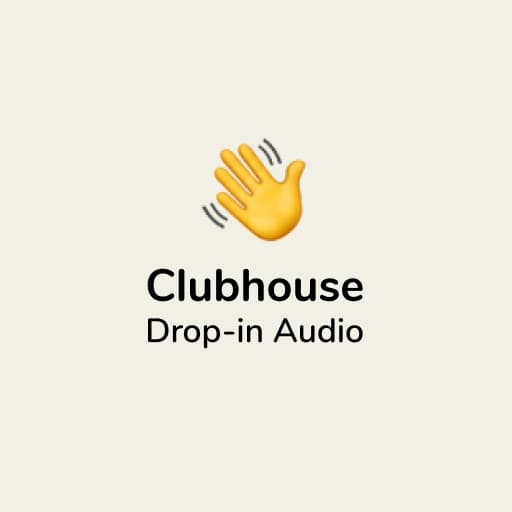 A major difference between this social network and the project management tool is that this one only supports audio conversations.

It doesn’t support media (video/picture) exchange, texting, and a bunch of other functions.

Clubhouse (the audio-chat app) was launched in April 2020. In barely 9 months, the app has managed to garner over 2million active users.

On the app, you can enjoy the spontaneity that comes with real-time conversations. But, as of this moment, users can only join discussions when invited.

However, as soon as you’re in, every function on the app is freely accessible.

Since its creation, Clubhouse has only been available to selected iOS users. Recently, Paul Davison and Rohan Seth, the founders of the company announced that the Clubhouse will be coming to android devices later this year.

Clubhouse’s exclusivity is a major advantage

One of the major thrills of the platform has been its exclusivity.

Surprisingly, the fact that people can only join the app when invited has created some sort of special appeal for it among elites.

Another fascinating thing is that in-app conversations can remain discreet.

This is because the app does not record or save conversations from meetings.

Although there’s an easy hack to that one; record the conversation on another recording device. And, voila! You have excerpts from the meeting.

We aren’t quite sure if you can use your phone’s recorder to record ongoing meetings.

It might be possible because the app allows you to minimize, do other stuff, and still listen in on your chats.

But, phone recorders hardly work alongside other social media apps so there’s only a small chance that it’d work here.

How do I get invited to Clubhouse – the audio chat app?

Clubhouse is still in the private beta phase.

According to a welcome address from the Clubhouse team, inviting people gradually will help to control traffic in this early stage.

Hence, preventing any likely breakdown. People who have already joined Clubhouse will be granted one invitation.

They can share this invite to any of their contacts via their phone number. If you are lucky enough to get an invite from a friend, you can join the train.

Although users only get one invite upon entry, they can get more eventually as they begin to engage on the platform.

Engagement on the platform includes speaking and moderating in chat rooms.

What happens if I don’t get an invite?

Following this, you can reserve your username before someone else grabs it.

When you do this, your friends on the app would be notified of your username reservation.

Upon receiving the notification they can call you in without an invite.

What can I do on the app?

The functions in-app are similar to those on other social media platforms.

You can create your profile, add pictures, and a brief/catchy introduction of yourself.

You can also find new friends and follow “Rooms” that discuss topics that interest you.

Rooms on the app are pretty much like groups on WhatsApp. They have a tag that lets you know what they’re all about.

It’s quite important to do that since there’s no support for texting on the app.

With your Instagram/ Twitter accounts linked, folks who enjoyed your commentary or presentation during discussions can hit you up afterward.

During chats, you can raise your hands to get called by the moderator.

If you’re called, you can address the whole room until the moderator takes back the stage.

Users have quickly created fun gestures in the app as well. To applaud the moderator, you can toggle your microphone on and off repeatedly.

How many popular figures have used the app?

A handful of celebrities were invited to use the app in its beta phase. Celebrities like Chris Rock, Kevin Hart, and Ashton Kutcher have all used the app.

However one of its biggest celebrity features on Clubhouse was Oprah.

Apart from celebrities, other activists and thought leaders have also hosted a conversation on the platform. 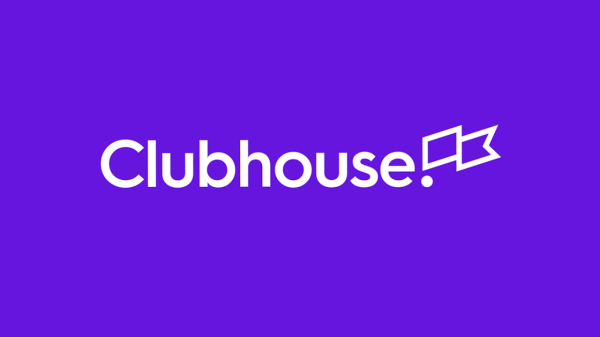 This Clubhouse is a software used for more corporate functions.

Its primary brand colors are purple and white. And, it uses a flag-like icon while the audio-chat app uses a waving hand icon.

Well, technically, both icons (flag and hand) can wave. But, that’s beside the point.

Launched in 2016, the app was built to make working as a team much easier and effective.

The app is chiefly designed for software developers.

One major perk of the app is that it is easily customizable. It includes options for dark mode among other things.

You can also integrate the application with several other tools like Google sheets, Zendesk, Google Drive, DropBox, and other applications.

This makes it a hub for tech tools.

I guess by now you can see the gaping difference between both applications.

While one is a social app used to have conversations around any subject of choice, the other is majorly centered on work.

Now that you know the difference between both apps you can head on to the store to get whichever interests you.

But, don’t forget that if you’re an Android user, you’d have to wait till later this year before you can get on Clubhouse.

We mean the audio-only chat app that has become the rave of the moment.

Would you like to get on Clubhouse when it gets on android? Let us know in the comment section.

If you also have any comments on the shared brand name, feel free to drop them in the comment section below.

Lastly, you can hit the share button to share this article with your friends and save them from downloading the wrong app.

How Elon Musk Is Influencing Stock Price Shifts With Tweets