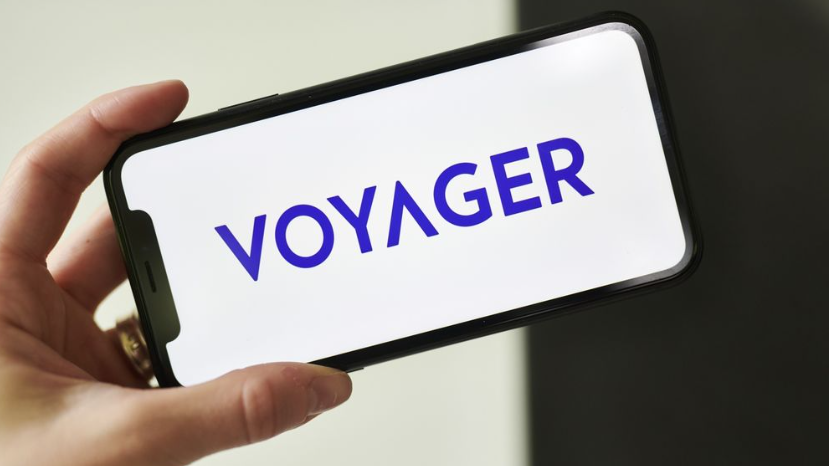 However, in a series of tweets, the company said that it want’s to protect assets and maximize value for all customers as quickly as possible.

Voyager said equally noted that it is pursuing strategic alternatives for its customers.

There is nothing more critical to us than our customers. Please know that we are focused on protecting assets and maximizing value for all customers as quickly as possible. (1/3)

We currently have approximately $1.3 billion of crypto assets on our platform, plus claims against Three Arrows Capital of more than $650 million. We also have over $350 million of cash at Metropolitan Commercial Bank. (2/3)

We are doing everything in our power to best serve our customers for the long term. We are actively pursuing a series of strategic alternatives to do just that. Will share more updates as we have them. (3/3)

A statement by the broker said it is suspending withdrawals, trading and rewards as a result of difficult market conditions.

This is on the heels of the continuous crypto meltdown across the cryptocurrency markets.

“This was a tremendously difficult decision, but we believe it is the right one given current market conditions.”

He said further that the decision will give the firm additional time to continue “exploring strategic alternatives with various interested parties” and that they will provide additional information at “the appropriate time.”

Voyager’s announcement comes amid a raft of margin calls and defaults across the sector, making the digital broker the latest collateral damage of the broad market selloff in cryptocurrency. The two most widely traded cryptocurrencies, bitcoin and ether, are down more than 70% from their peaks last November, and the May collapse of the UST stablecoin sent shockwaves through an already tumultuous market.

The news comes a few days after one of Voyager’s customers failed to make payments on a loan worth hundreds of millions of dollars, fueling growing concerns of an insolvency contagion effect across the industry.

On Monday, the broker issued a notice that prominent crypto hedge fund Three Arrows Capital (3AC) had defaulted on a loan worth more than $670 million. At the time, Voyager said that it intended to pursue recovery from 3AC, and in the interim, said it would continue to operate and fulfill customer orders and withdrawals.

As of June 24, Voyager said it had approximately $137 million in U.S. dollars and owned crypto assets. The company also noted that it has access to a $200 million credit line in cash and USDC stablecoins, as well as a 15,000 bitcoin ($318 million) revolving credit line from Alameda Ventures, which is FTX founder Sam Bankman-Fried’s quantitative trading firm.

Last week, Alameda committed $500 million in financing to Voyager, and the firm has already pulled $75 million from that line of credit, but it appears that wasn’t enough to keep business running as usual.

Thus far, investors in the world’s two largest cryptocurrencies by market cap seem unfazed by the news. Bitcoin is up about 2% and ethereum is up more than 4% toward the end of regular market hours on Wall Street.

Voyager is a competitor to crypto lending firm BlockFi, which has also been caught in the crosshairs of the sector’s recent liquidity crunch. FTX has just struck a $680 million credit deal to acquire BlockFi, according to The Block.

Voyager’s decision tracks that of popular crypto staking and lending platform, Celsius, which similarly paused all withdrawals, swaps, and transfers between accounts due to “extreme market conditions” on June 13. Celsius has yet to announce tangible guidance on next steps.

Verify Your Age On Instagram Via Video Selfie, Social Vouching