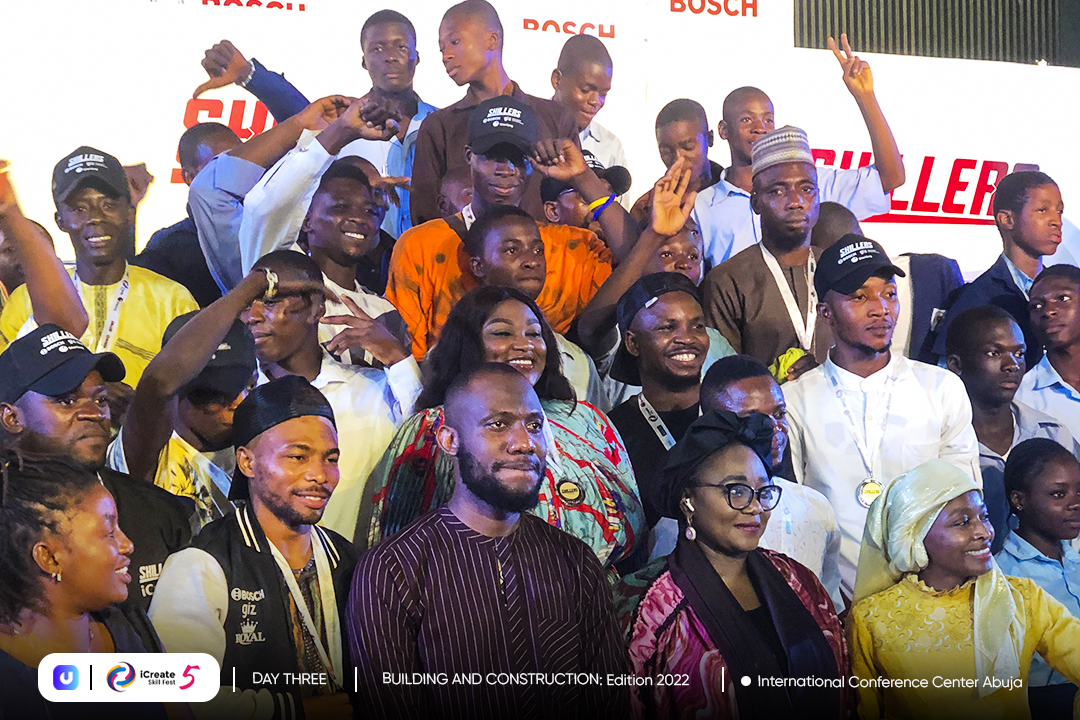 Day 3 of the iCreate event ended with a bang!

Winners were announced and awarded accordingly to their position.

Here are some memories and moments we captured on this day.

Interviews were held with contestants and their student assistants.

They were asked questions about their journey through the competition and significant moments that stood out for them.

It was inspiring to see the willpower put in by the contestant to complete the competition and also the insight they gathered all through the event.

Most of them also dwelled on the event’s outcome and that it has changed their perception of the skilful business of construction.

ALSO READ: iCreate Day 1: Job Versus Skill; Are They The Same

Later on, sponsors were called on stage and congratulated; next were the judges, who were appreciated for their outstanding efforts to make the event a success.

Lastly, other dignitaries and contestants are being invited on stage.

While doing this, the winner for each category was announced.

Here is a breakdown of the awards and winners for each category.

First runner up with a score of 68.7 is Uche Eze

The winner with a score of 72.8 is Augustine

Third runner up with a score of 69.3 is Rita Christopher

The second runner up is 75.0 is Adeshinor Olawunmi

The winner with a score of 78.3 is Promise Jonathan

Second runner up with a score of 75.00, Isaac Adakole

The winner with a score of 78.9 BI is Tonshe

Third runner up Izang Amos with a score of 72.5

Second runner up Simeon Joshua, with a score of 75.4

The winner with a score of 83.7 is Opeyemi Abolade

Related Topics:#Artisans#Events#iCreate#RTech#skillsTech events
Up Next

Spotify Will Host Popular User Created Playlist On Its Platform