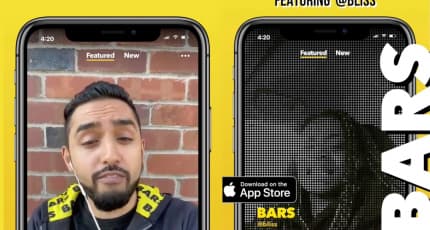 Facebook has become famous for copying and pasting different ideas with little alterations. In the past, the social media giant made its version of Tinder and also scooped Snapchat’s Story idea into its pot.

These moves were met with several negative comments and snide remarks from social media users. However, the brand’s product development team seems to have taken those remarks as fuel for its linear agenda.

Right now, Facebook is serving us with yet another clone App called Bars. No, you can’t meet with friends and share a bottle of alcohol on this new app.

Interestingly, a group of innovators created a platform that allowed folks to do just that during the pandemic. People could meet with other people and share a conversation while drinking from their respective homes.

The initiative was part of the #StayTheFuckHome movement at the time. The virtual bar was hosted on a Norwegian privacy-friendly video conferencing app called “Whereby”.

Fun fact, “Whereby” actually allows you to get on video conference calls with no apps or installs required. We’d cover more on the subject in our feature article on “Whereby”.  That’s enough digression for now so let’s get back to Facebook, shall we?

Facebook’s new app is also not a meeting point for folks who have been behind “bars” at some point in their life’s journey.

That would be sinister by the way. This new application is designed for rappers; folks who can “spit some bars”. Now that finally explains its name.

On Bars, users can write and record short rap songs using ready-made beats. The app also features a list of visual and audio effects that can be used to make recording more fun.

Just in case you run out of ideas, the app was designed to suggest rhymes as you write.

However, that function might need to be toggled on.

Video recordings on Bars can last up to 60 seconds and can be saved on users’ camera roll to be distributed across other platforms but can also be shared on Bars. 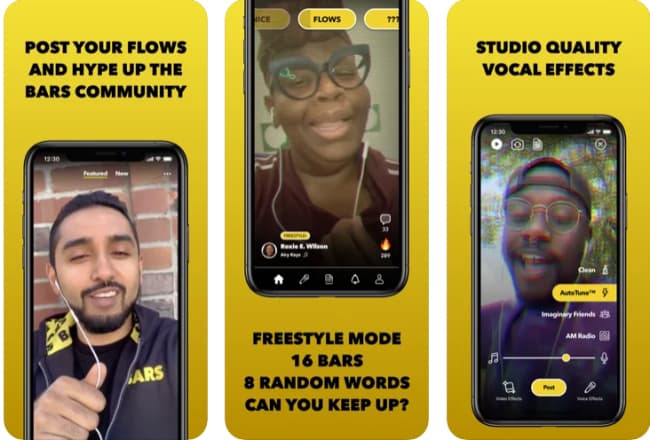 Although it doesn’t help that Facebook already has a track record for cloning apps as that makes it convenient for users to accuse them of doing so even when it’s not the case.

However, it’s pretty easy to draw a straight line connecting several features on Bars to those existing on TikTok.

To start with, it’s a music-based, video format platform with a known max video duration of 60 seconds. Starting to sound like something you already know?

Yeah, I thought so too. To add to that, the app also features visual and audio effects just like TikTok. Lastly, the interface just looks the same.

In place of TikTok’s “Following” and “For You” feed labels, Bars has a two-tab newsfeed as well labeled Featured and New.

Engagement buttons on the app are positioned at the lower-right of the interface.

How successful will it be?

“Bars” was designed by Facebook’s New Product Experimentation Team. They have also succeeded at creating other services so far. The team developed a messaging app for couples called Tunes. The App was launched in April 2020 but there’s been no assertive statement on its success in the market.

We’re not quite sure how Facebook’s latest – Bars will perform in the market. First, the app already has its potential audience base cut down to rappers and rap lovers.

This could limit its potential reach and the extent to which it can be monetized. However, it still looks like a brilliant idea and we hope that we can see it thrive in the months ahead.