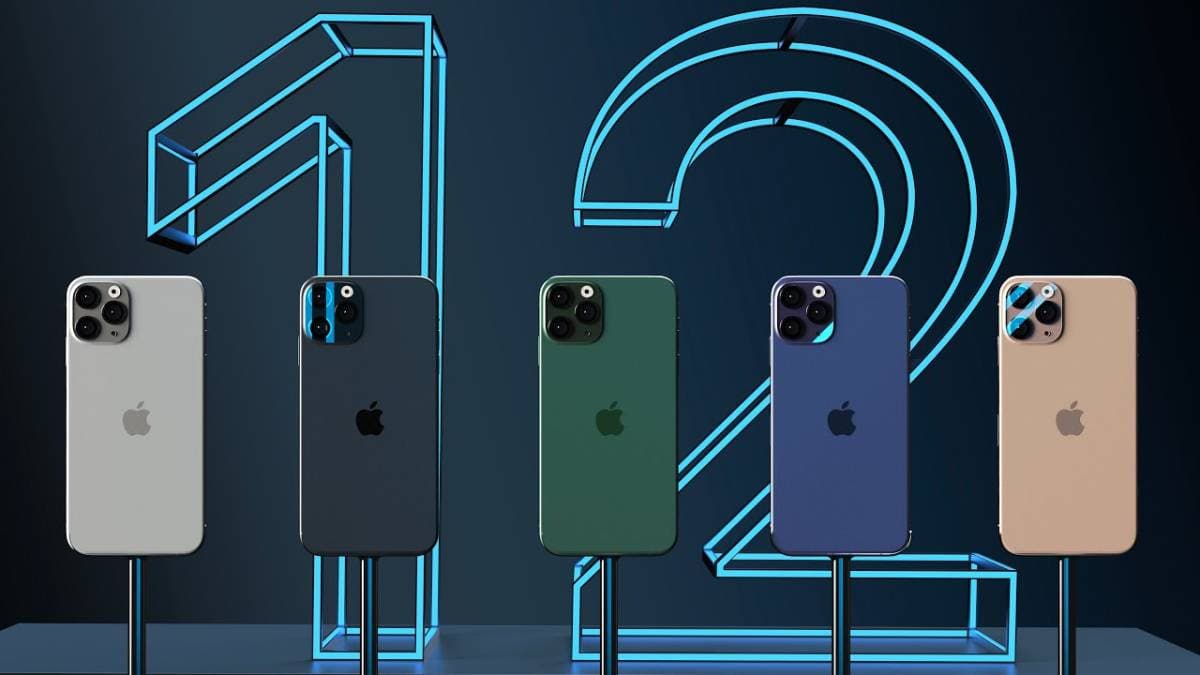 There’s a lot of fun stuff to know about the iPhone 12. It sure looks different on the outside, and there’s been a lot of hype around its features; mostly, it’s 5G support. But, if that’s all you get for an entry price of $799, would that be a good deal? Or maybe the real question is; is that truly all you get on the iPhone 12? Well, we’d talk about that extensively in this review, so stay with us

Let’s start from the outside

We’d get to all of the software upgrades shortly but first, let’s start from what meets the eyes – literally. A lot of people have asked, what’s with the design of the iPhone 12? Well, a simple and short answer to that will be that Apple decided to do a throwback. 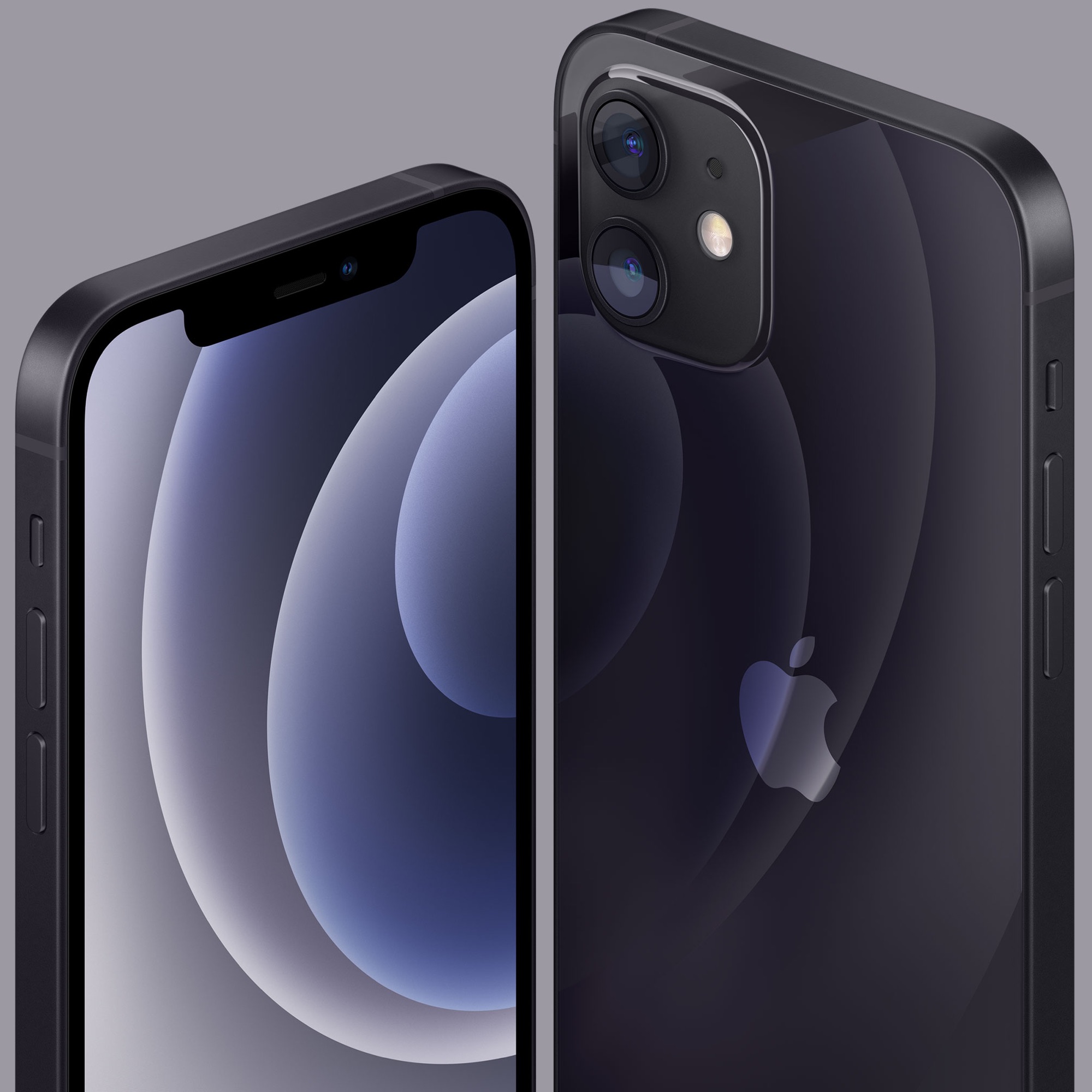 In terms of design, the iPhone 12 is modelled after it (I’m sure predecessor isn’t the word I’m looking for here.) Ancestor. Yes! That’s the word. Apple reached as far back as seven generations to pick this design, and for us, it isn’t a bad one at all.

Just like the iPhone 5, this smartphone looks a lot more squared-off compared to recent iPhones.

The design is simple, and it has a premium feel. But, it probably wouldn’t still feel like $799 when you hold it. I’m just saying. 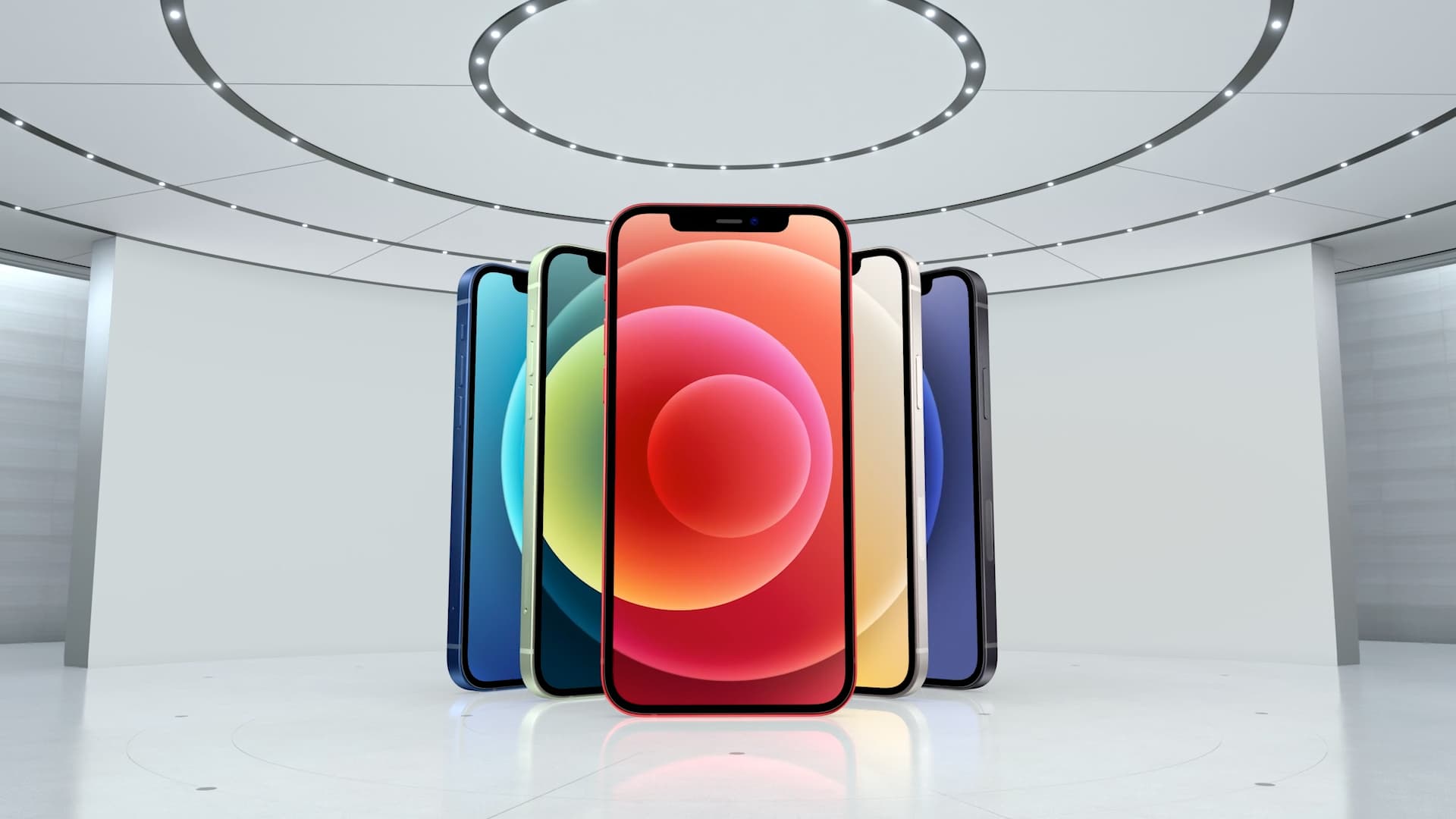 Here’s one question you can throw at Apple when you log into your Twitter account. When are they (Apple) ever going to lose that gigantic notch?

I understand Apple’s lack of interest in conforming to the norm, but nobody needs a notch. At least I don’t need one, and I’m guessing you don’t need one either.

Judging by that, it might be fair if they started looking into doing something else with all of that space.

More on the iPhone 12 design

So, we are left with a face detector. And, if history has taught us anything, it’d be that those are good but not optimally secure. Hence, they are best paired with other security options.

Because we all had to mask up to keep safe, using fingerprint sensors seemed more like the way to go this year. But, Apple doesn’t seem to give a…care – you know what I mean. 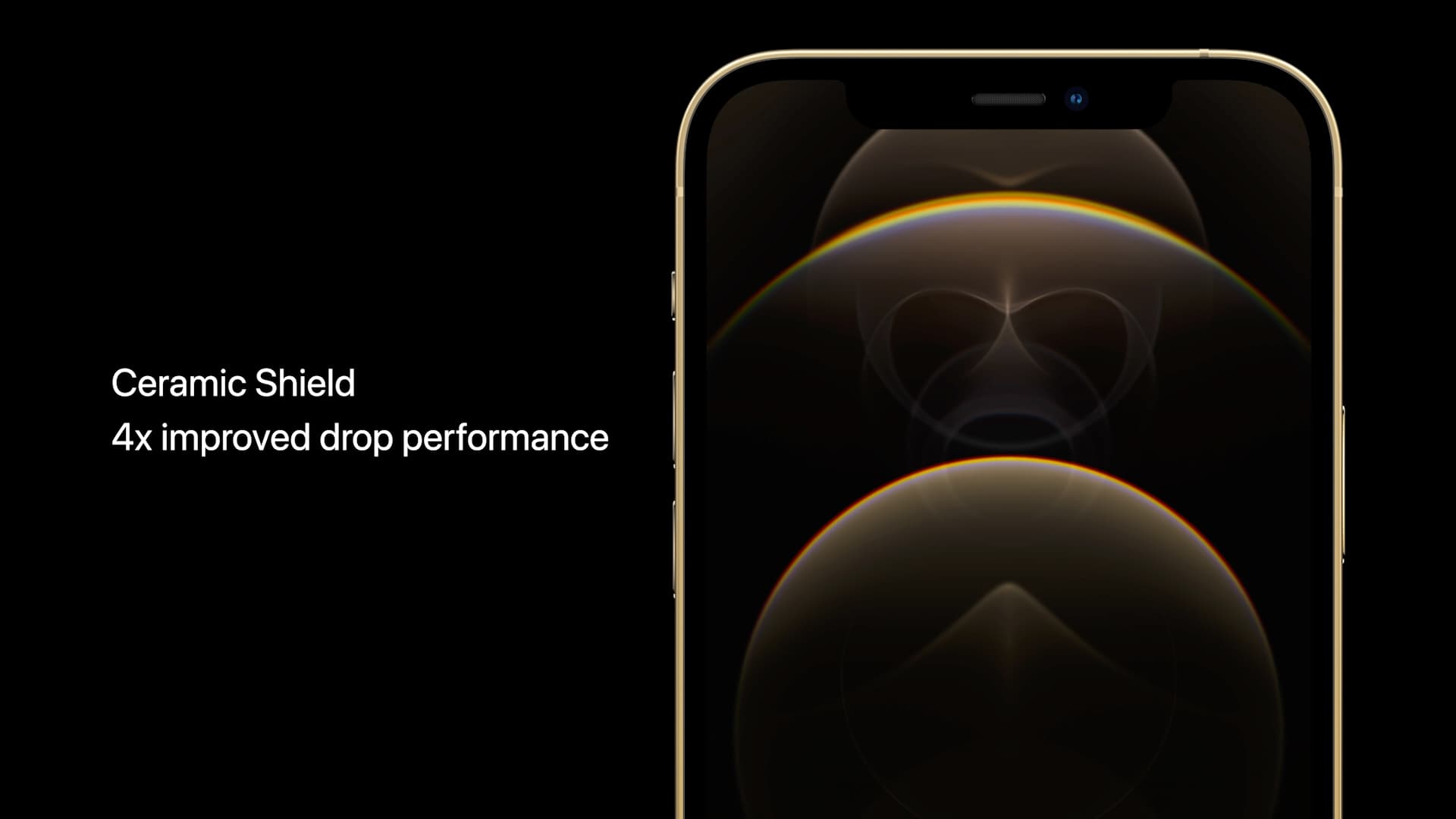 Now, here’s one interesting fact and a big win for iPhone users.

Apple partnered with corning gorilla glass to create a ceramic shield for screen protection this year.

According to Apple’s promotion, the shield is tougher than any other smartphone glass in the market.

More so, it is four times less likely to break if it hits the ground.

With the iPhone 12’s shield, you can worry less about having to spend more on fixing a phone that’s already taken $799 out of your wallet.

On the back, the iPhone 12 uses a blend of glass and aluminium.

This gives it a very cool look but also makes it a fingerprint magnet.

So, you might want to consider using a pouch on it to avoid fingerprint stains. Other than that, the build, for us, is perfect.

Apple is still using its lightning chargers, and we like it. Although, some tech enthusiasts expected to see a type C charger on the device.

I guess Apple set us up to think in that direction when they used the USB C port on the iPad pro. However, Apple is still sticking to its root.

Here’s another interesting thing. It’s somewhat like a dilemma; Apple put the lightning chord in the pack but didn’t add the charging brick.

For long-time iPhone users, this wouldn’t be much of a bother.

That’s because it is assumed that they have at least one charging brick lying around somewhere. But, for new entrants, it might feel a little odd and likely unpleasant.

Howbeit, the reason for this new development isn’t far-fetched.

Apple is trying to be more eco-friendly. The company is taking steps to reduce its carbon emission and projects to be fully carbon neutral by 2030.

This explains the small box that housed the iPhone 12 this time and the absence of the brick.

Wireless charging seems to be the best way to go for eco-friendliness. You can get Apple’s wireless MagSafe single or duo charger here. 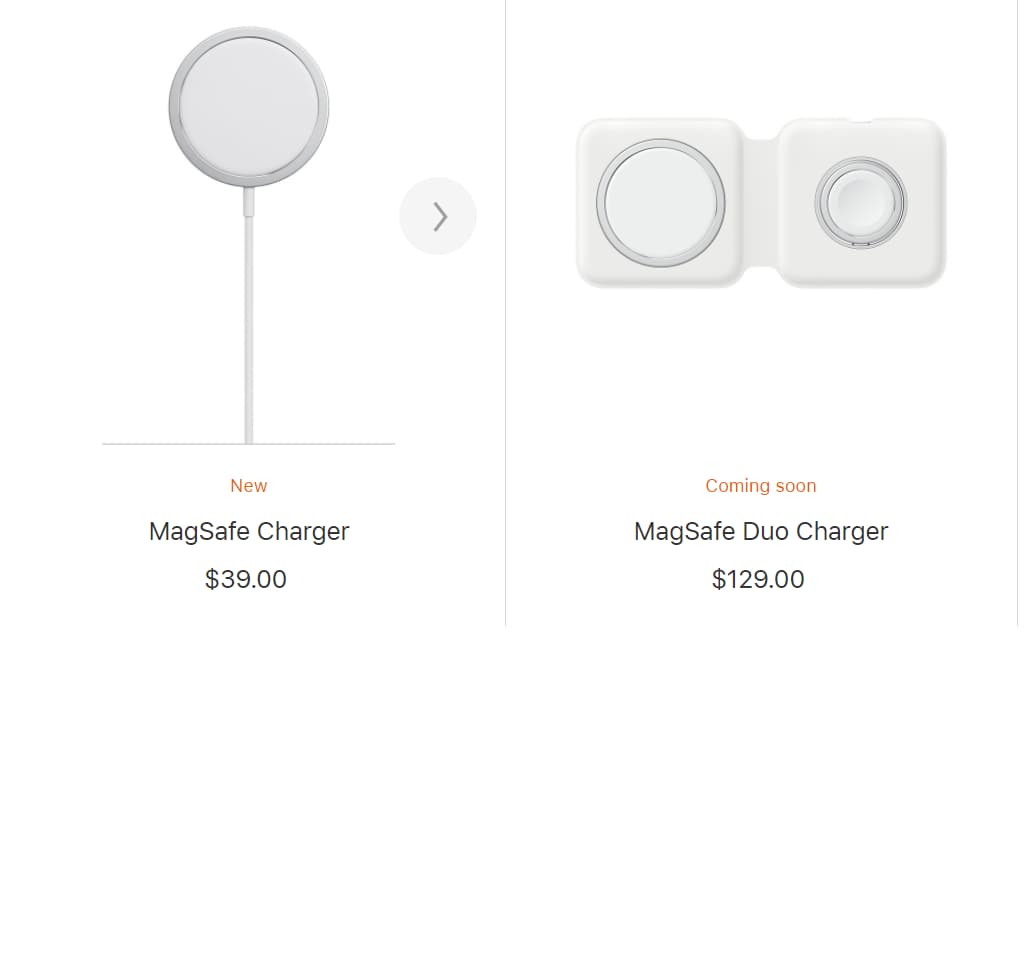 As regards battery performance, the iPhone 12 comes with a 2815mAh battery. That’s not very high if you consider it.

But, it does last for up to 85hours. You can also enjoy playing music on the phone for an estimated 65hours if that’s all that you do with it at the time.

Apple made a long-anticipated switch in terms of display. Finally, Apple used the OLED display as opposed to its usual IPS LCD. One advantage of this switch is that colours are now better represented on the screen. Black looks more like black when compared to previous models, and the entire display is richer.

Apple maintained a 60Hz refresh rate for its display. No options to switch to 90Hz or even 120Hz – as it is becoming more prevalent. Some might call this a downside, but I’d say it’s perfect all the same.

The reason for my bias is battery life. It’s a clear fact that a 90 or 120Hz display will kill the iPhone 12’s battery faster than Keanu Reeves pulled the trigger in John Wick.

So, I think it was for the best that Apple stuck with 60Hz.

And one of the fascinating take-out from the announcement was that Apple was finally ready to open the window to customization on its platform.

Before now, users would complain about their inability to customize their iPhones as Android users could.

Now, Apple’s latest update has brought some “Android” features into its domain. One of such elements is widgets.

And, mind you, they look classier on the iPhone. Now you can easily access and control essential apps from your home screen.

Also, the new iOS features an App library. Although this isn’t strange to Android users, they come pre-installed – for the first time – on the iPhone 12. 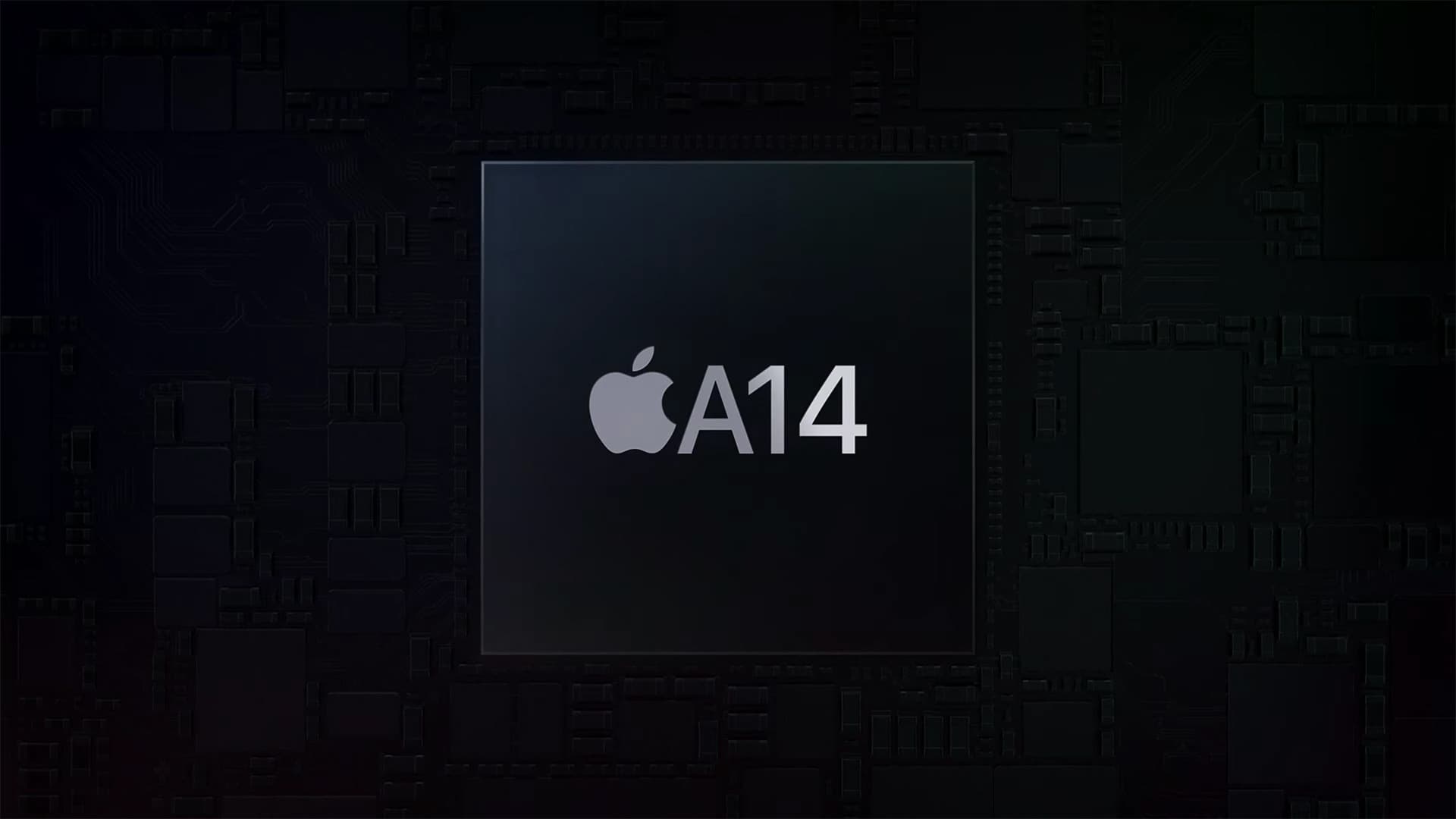 Now here’s one thing that you get on the iPhone 12 that beats whatever is on the market — Apple’s A14 Bionic chip.

The chip is acclaimed as the world’s first chip to use a 5-nanometre manufacturing process.

This is 18 times the size of the chip on Apple’s first iPhone.

More interestingly, it outperforms Qualcomm’s Snapdragon 865 Plus processor by quite a margin.

Gaming on this device is a surreal experience until the battery kicks in. And that happens quite a lot.

Asides from that, you’ve got a super-rich display and a processor that works tirelessly like a beast of burden. With that and a stable power supply, you’ve got almost nothing to worry about while gaming.

The processor also helps to reduce heat generation and saves some energy too. But, as I said, intense gaming will still drain your battery.

Other stuff like multi-tasking also comes pretty easy on the iPhone 12.

Also, the iPhone 12 camera maximizes the potentials of the A14 bionic chip.

With the processor’s speed, you can combine multiple exposures more quickly than ever to enhance lighting and produce better colours when taking pictures.

That brings us fully into our camera review.

ALSO READ: Apple Could Develop Its Version of Google Search

Like the iPhone 12 pro, the basic iPhone 12 uses a primary wide camera and ultra-wide camera.

The only difference is it drops the 2x telephoto lens as well as the LIDAR sensor.

However, there are a few software upgrades on the camera.

Another noticeable upgrade, one that apple won’t keep quiet about, is the support for Dolby Vision video recording, which is made possible by the A14 Bionic chip.

Apple boasts that the colour grading process used during video recording on the iPhone 12 is similar to what is used in the movie industry during post-production.

This is an outstanding achievement for Apple and a fantastic catch for iPhone users.

The only downside here is that the rear camera only shoots at 30fps.

You do get 60fps on the iPhone 12 pro if you happen to have a bigger budget. Bigger than what we already think is quite BIG.

Low-light images on the iPhone 12 have also proven to be quite stunning.

The details are more pronounced, and there’s a lot more lighting introduced.

Also, on the front, you get a dual-camera. The dual camera consists of a 12Mp primary camera with HDR mode that shoots 2160p images @60/30fps.

Overall, the iPhone 12 is not a wrong choice for a smartphone if you’ve got the budget.

Do you get commensurate value for your money? That part is debatable. But, it certainly sported some cool features that might be worth it for you.