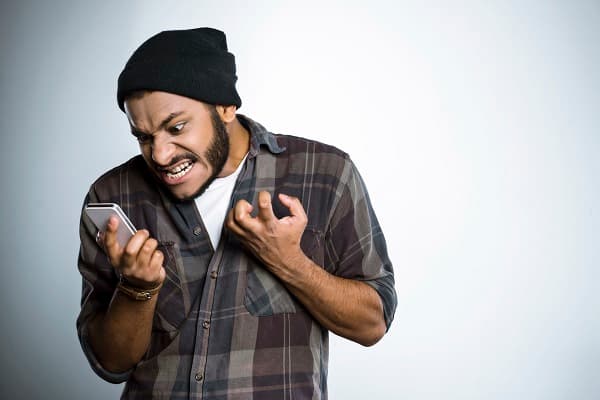 It will interest you to know and also check if governments or anybody is monitoring your iPhone or iPad with the Pegasus spywares.

Cyber attackers or hackers often try to snoop into the phones of people to steal their private information.

Also, governments around the world use malicious software to spy on prominent individuals as well as for other clandestine reasons.

One of the ways world governments and hackers spy on or attack people’s phones, respectively, is through spywares like the Pegasus.

We will show you how to check if your phone has the spyware. But before that, let’s understand some things first.

What you need to know about Pegasus Spyware:

Pegasus, which people also call the Q Suite or Q Cyber Technologies, is a spyware or malicious software.

NSO is a company that licenses surveillance software like Pegasus to government agencies.

Pegasus is “a world-leading cyber intelligence solution that enables law enforcement and intelligence agencies to remotely and covertly extract” data “from virtually any mobile devices.”

The spyware runs on iOS and Android devices like iPhones, iPads, Android phones or other gadgets that run iOS versions up to iOS 14.6.

ALSO READ: How To Find And Recover Your Stolen Or Missing Android or iPhone

The spyware is named after Pegasus, the winged horse of Greek mythology.

It is a Trojan horse computer virus that “fly through the air” to infect mobile phones.

Pegasus targets people’s phones without their knowledge. The spyware maintains illegal surveillance of the victims’ phones and activities.

The Pegasus spyware snooped into the phones of activists, journalists and some government executives.

It also had illegal surveillance of the phones of politicians, government officials, chief executives and human rights activists.

Also, out of the number, Pegasus it monitored over 1000 phones of prominent people in 50 countries.

Secrete snooping of Pegasus came to light in In August 2016 after it failed to install on the iPhone of a human rights activist.

The government wanted to use it to spy on the activist.

They illegally surveyed the phones of anti-regime activists, journalists, and political leaders from rival nations with the Pegasus.

But why is this a problem? Read along to know.

Why Its Dangerous to have Pegasus Spyware monitoring your iPhone, iPad or Android phones:

Pegasus can have unauthorized access to your most private things like passwords, keys to Crypto currency wallets, etc.

It can read text messages on your phones and track your calls.

Also, Pegasus can also collect your passwords, including those to your bank accounts without your knowledge.

It can collect your photos, emails, videos and contact lists.

The malicious software can track your exact location too.

It can secretly turn on your phone or device’s microphone and camera to make new recordings without your knowledge.

Similarly, the malicious software can gather information about you from apps and send to governments or people needing it.

Ultimately, it means Pegasus invades your privacy and puts you at risk.

Meanwhile, aside government, an attacker can use Pegasus to wipe your bank accounts clean of cash.

Rooting or jaibreaking a phone is to render the phone vulnerable so you can break into its sub-system.

It is a process of freeing the phone from the limitations imposed on such phones by their manufacturers.

It gives you more access to a phone more than the manufacturer intended.

But you may be asking by now how the Pegasus spyware works. Here’s is how:

How the Pegasus spyware works:

The Pegasus spyware gains illegal access to your phones through SMS or web links.

The SMS or iMessage provides a link to a website and if you click on the link,  your device gets malicious software that compromises it.

Zero Clicking does not require any interaction from the target.

It means, even if you don’t perform any action like clicking on links, Pegasus can attack your phone.

How to tell if your iPhone, iPad or Android phone has Pegasus Spyware:

First, you must know that spywares, by their nature, try to remain covert and undetected on a devices.

However, there are steps you can use to detect them.

Run a spyware test on your device:

To do this, first download and install the iMazing app on your PC or Mac.

iMazing is a mobile device management software that allows users to transfer files and data between iOS devices and macOS or Windows computers.

iMazing app will help you run a full spyware test of your phone or device to see if Pegasus in.

Don’t worry about buying the app. Use the free version and run the test.

After installing, connect your iPhone or iPad to your PC or Mac.

Remember to input your Lock Screen code so that your iPhone or iPad can show up in iMazing.

After connecting your device, click on Detect Spyware by scroll down the action option of the iMazin at your right.

Accept a license for the tool and then click the Start Analysis button.

Once iMazing starts testing your device, make sure you leave your iPhone or iPad connected until it’s finished.

It takes about 30 minutes to create local backup and 5 minutes for the test to complete, depending on the device though.

When iMazing finishes, it will show you an alert with the files containing your results.

click Reveal Report to go directly to the file.

If your phone has the spyware, iMazing asks that you send the report to its support team.

Also, You can either use the Amnesty International’s Mobile Verification Toolkit (MVT).

The toolkit detects indications of your device having attacks from Pegasus.

Amnesty’s toolkit runs under either Linux or MacOS.

It examines the files and configuration of your mobile device by analysing a backup taken from the phone.

General tips on how to remain safe from Pegasus or other spywares:

Although changing your phone periodically can be very expensive option but it can save you from Pegasus hackers or attacks.

Except you are a very important personality, we don’t see why government should monitor your phone.

However, a hacker can still use the Pegasus to monitor you.

Also, knowing how to check your device of spywares can save you a lot trouble.

You can protect your private things by not allowing your phone tapped.

Recently, Pegasus and other spywares are on the increase globally. So, you must secure your devices properly.