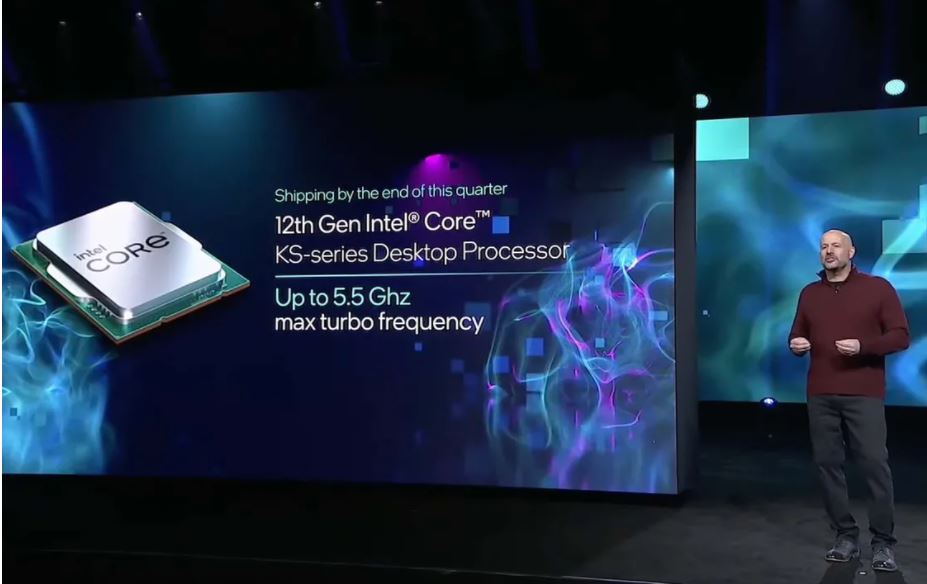 After teasing the news earlier this week, Intel has officially announced a new 12th-gen desktop CPU that’s capable of boosting to 5.5GHz on a single core out of the box.

The news came during Intel’s CES 2022 presentation, when it said the KS-series desktop processor would be shipping later this quarter, but there was no mention of pricing.

The full name of the chip is the Core i9-12900KS, and Tom’s Hardware notes the “S’’ suffix suggests it’ll be a limited edition.

As well as hitting a maximum of 5.5GHz on a single core (a 300MHz improvement over what we saw with the i9-12900K), an onstage demonstration of the new CPU powering Hitman 3 showed the processor running at a sustained 5.2GHz across all its performance cores.

No details were given on what sort of power draw or cooling solution was needed to achieve these results.

Unfortunately, it doesn’t sound like you’ll be able to buy Intel’s 5.5GHz CPU for your own rig anytime soon.

Intel executive vice president Gregory Bryant noted only that the CPU would be shipping to “OEM customers” during the presentation suggesting that, in the immediate future, you’ll have to buy a prebuilt PC to get your hands on one of the chips.

As well as this new top-of-the-line CPU, Intel also used its CES presentation to announce a range of new mainstream desktop and laptop 12th Gen CPUs. Culled from TheVerge