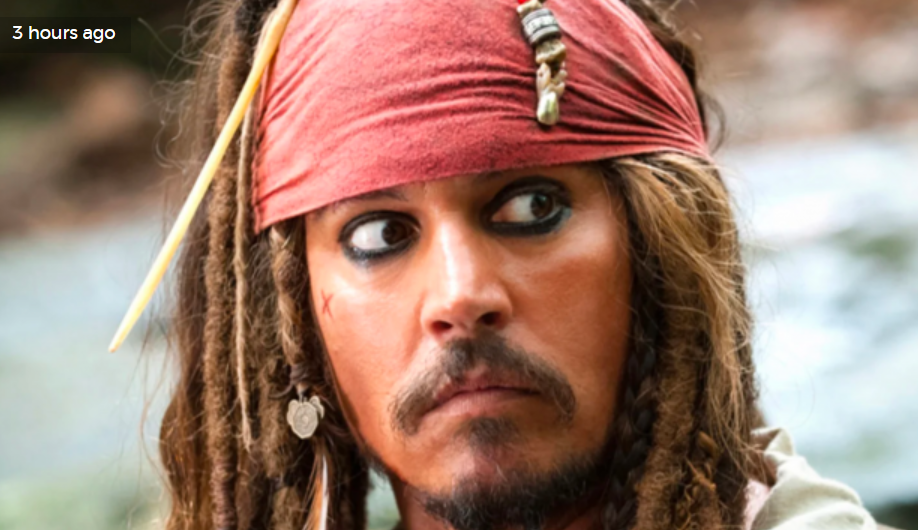 Johnny Depp who played the role of the captain in the movie, Pirates Of The Caribbean, has slim chances of featuring in the latest of the series.

Following his high-profile trial against his ex-wife Amber Heard.

Disney has removed Johnny Depp from several big-budget films including Disney’s ‘Pirates of the Caribbean’.

Although the creators of the movie are currently producing two screenplays of the sixth series, they said there is potential for Johnny Depp to return in the next sequel.

Now, producer Jack Bruckheimer, during his latest interaction with The Sunday Times, opened up about the future of the sixth instalment of the Pirates of the Caribbean franchise.

While doing so, he revealed that actor Margot Robbie is in talks to replace Johnny Depp as the film’s lead.

Bruckheimer, said the makers are currently developing two screenplays, one that includes Margot Robbie in the lead role and another that doesn’t.

With this development, it is not yet clear if Johnny Depp will come back to the screen on Pirates of the Caribbean.

Meanwhile, it is not also certain if Robbie will be in the new sequel since there are two screenplays of which she is not in one.

Also, the details of her character are also kept under wraps as yet.

While confirming the speculations of Pirates of the Caribbean 6 having a female lead, Bruckheimer said “Yes.”

“We’re talking to Margot Robbie. We are developing two Pirates scripts, one with her, one without.”

When asked if Depp’s Captain Jack Sparrow is a part of these new stories, he replied: “Not at this point [but] the future is yet to be decided.”

Keep in mind that Johnny Depp said he won’t return to the movies series again.

He said this during his ongoing defamation trial in a Virginia courtroom.

He confirmed that he will not collaborate with Disney for Pirates of the Caribbean 6 in the future.

During his Virginia trial testimony, Depp admitted Disney wanted to cut ties with him.

In addition to this, Depp said he will not return to playing the iconic Jack Sparrow.

He said he won’t even if the giant offers him millions of money.

Depp was rumoured to be due a payment a little over €21 million for the next film in the series.

So, Bruckheimer could not officially confirm anything beyond the fact that more Pirates films are coming.

However, it seems plausible that both parties have an incentive for the situation to be resolved.

Captain Jack Sparrow may also make another appearance – even if it is to be his last.

Depp was accused of being a wife-beater.

The actor did not show much concern as the attorney asked him about his ouster from  ‘Pirates of Caribbean.’

Depp simply testified that it didn’t surprise him.

He said, “I wasn’t aware of that, but it doesn’t surprise me.

“Two years had gone by of constant worldwide talk about me being this wife-beater.

“So I’m sure that Disney was trying to cut ties to be safe.

“The #MeToo movement was in full swing at that point.”